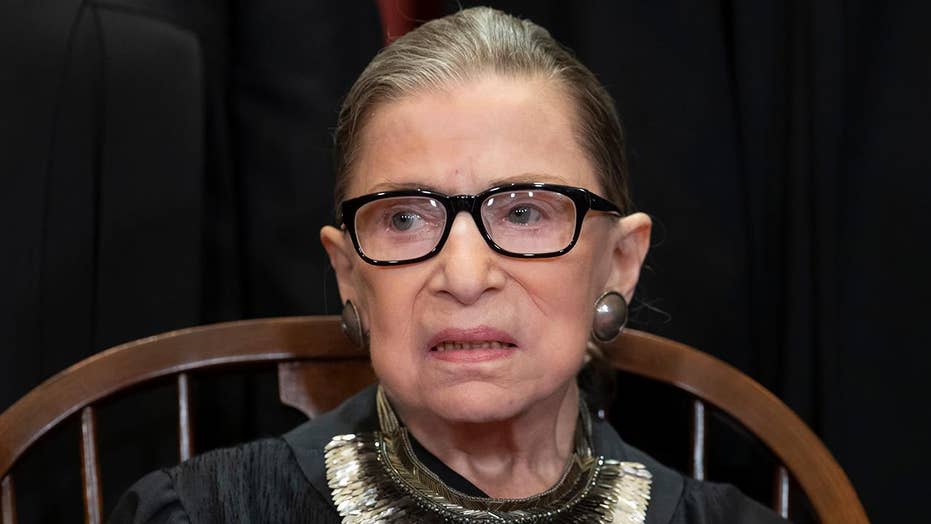 As Ginsburg continues to work from home during her recovery from cancer surgery, the absence of one justice can cause a disruption; David Spunt reports from Washington.

Long before she became the iconic “Notorious RBG,” Ruth Bader Ginsburg was a groundbreaking lawyer with a life full of “firsts” that has led to her being one of the most well-known and admired Supreme Court justices in modern history. Confronted with the word “no” throughout her life because she was a woman, Ginsburg is the epitome of perseverance and resilience. It should surprise no one that she has made history, defied the odds, and continues to do so to this very day.

The injustices of life are what formed the foundation for her to become one of the great justices of the Supreme Court.  Her mother, Celia Bader – one of the most intelligent, brave and strongest people Ginsburg says she ever knew – went to work at the age of 15 in order to put her brother through college, something she would herself never have the chance to do. And in an ironically cruel twist of fate, her mother, who had instilled the importance of education in a young Ruth from day one, died of cancer only a day before her daughter’s high school graduation. Ginsburg was 18.

After graduating from Cornell with high honors and marrying her husband Marty, Ginsburg encountered her first personal experience with gender discrimination. At the time, she was working as a civil servant while her husband completed his military service. When her employer found out Ginsburg was pregnant with her first child, she was demoted, losing her title and pay. Years later as a first-year professor at Rutgers, Ginsburg concealed her second pregnancy to avoid losing her post.

RUTH BADER GINSBURG AS A CULTURAL ICON, FROM FASHION CHOICES TO PORTRAYALS ON THE BIG SCREEN

In 1956, Ginsburg became one of only nine women at Harvard Law School, where she served on the Law Review. At the time, women students were banned from the Lamont Library and the Law School dorms. When the dean of the Law School hosted a dinner for them, he asked each one of the women to justify taking the spot of a man. As depicted in the movie “On the Basis of Sex,” Ginsburg replied, tongue firmly planted in her cheek, “My husband, Marty, is in second year class. I’m at Harvard to learn more about his work. So that I might be a more patient and understanding wife.”

Unlike that law school dean, Ginsburg’s husband Marty, who died in 2010, famously supported her both in her career and at home. He once said “…[T]he most important thing I have done is enable Ruth to do what she has done.”

She took the word “No” and used it to transform her life and those of millions of others. She has become a Supreme Court justice that the world watches.

After transferring to Columbia Law School, where she also served on the Law Review, and graduating at the top of her class, Ginsburg struggled to find a job. In ways big and small, Ginsburg was slighted, passed over, ignored, and rejected for prestigious jobs that any male Harvard Law student would have been hired to do. Top law firms and top jurists such as Learned Hand and Supreme Court Justice Felix Frankfurter wouldn’t hire her because she was a woman. Finally, she was hired by a U.S District Court judge, a far less prestigious job for someone of her background, and only after the judge was pressured to do so.

In 1970, Ginsburg co-founded the first law journal devoted to gender inequality and became the first woman to receive tenure at Columbia Law School. She then argued her first case before the Supreme Court in 1973 where she became a fixture arguing sex discrimination cases.

As the founder and general counsel for the ACLU Women’s Rights Project, Ginsburg established a legal foundation for women’s equality by selectively arguing and winning gender discrimination cases as the political and cultural climate was slowly becoming more favorable, most notably with the passage of legislation supporting the Equal Rights Amendment that would have banned discrimination based on gender. Yet in spite of her many successes in the courtroom and numerous laws passed since that make gender discrimination illegal, the Equal Rights Amendment is still not law in the United States as of 2019.

But it is as a Supreme Court justice that Ginsberg has made her name, finding fame and acclaim along the way. Only the second woman to ever serve on the Court, and the first Jewish woman – Ginsburg remains a fierce defender of women’s rights and a feminist icon who uses her voice as the “great dissenter.” She has taken the word “No” that plagued her throughout her life and reclaimed it to become one of the most influential jurists in generations.

Ginsburg has ruled in some of the most important cases regarding the rights of women and gender equality, including ending the support of all-male education institutions like the Virginia Military Institute that use public funds (in the United States v. Virginia) and against the effort to ban late-term abortions in Nebraska (in Stenberg v. Carhart.)

In the landmark case of Ledbetter v. Goodyear Tire, Lily Ledbetter sued to recoup years of back pay where she was compensated substantially less than more junior male colleagues. The Supreme Court ruled against Ledbetter but Ginsburg’s dissent was searing. Two years later, Congress finally addressed the injustice of pay inequity with the Lily Ledbetter Fair Pay Act.

It is in her dissent that Ginsburg has become so well known – by using her voice to advance progress even when the Supreme Court denies it.

In 2013, she went so far as to read her dissents out loud from the bench for the first time – a rare event for any jurist. She railed on about four decisions in two days: the first about one that undermined affirmative action in college admissions; the second and third that undermined employment discrimination protections; and the fourth (and most scathing) that undermined the Voting Rights Act.

In 48 hours, these dissents turned Ginsburg into a cultural phenomena for causes that affect every American in making it easier to discriminate against women and people of color. That taking such a stand from the Supreme Court would elicit such a response is as remarkable as the decisions are regrettable. Yet, Ginsburg had learned years earlier that even when you lose in the court of law you can prevail in the court of public opinion.

Ruth Bader Ginsburg has overcome all of life’s obstacles while making the world better for women and more fair for all. She’s defied the odds and defeated cancer, heart and lung surgery, broken ribs, as well as the slings and arrows thrown by those who refused to hire or help her because she was a women. She took the word “No” and used it to transform her life and those of millions of others. She has become a Supreme Court justice that the world watches. Her words matter. Her opinions matter. Her voice matters. She persists. And yes, she prevails.