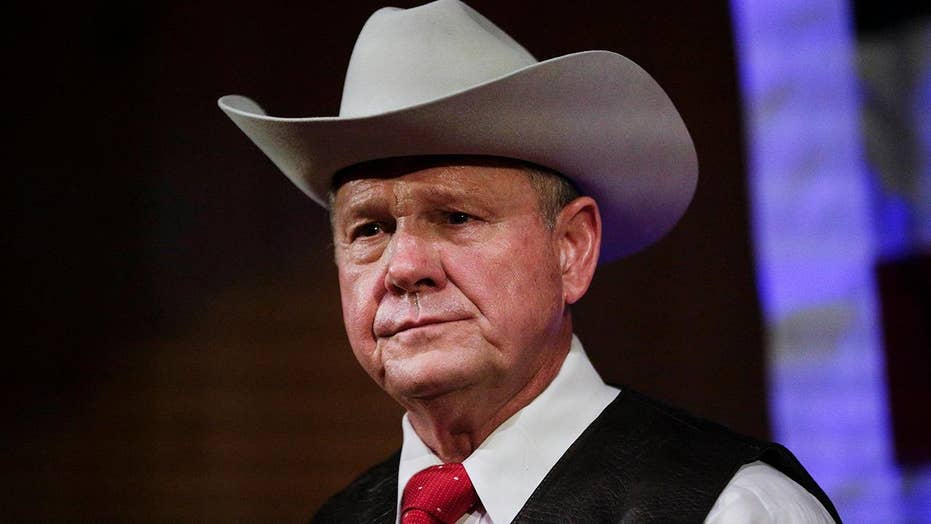 I have defended Alabama Senate candidate Judge Roy Moore’s  statements about God and law, but his conduct is indefensible. Not only in decades past but in the past week.

Four women have charged that Moore made sexual advances when he was thirty-plus and they were teenagers. One was only 14 when, she claims, Moore undressed and fondled her in his car and tried to force her into a sex act.

A fifth woman, Beverly Young Nelson, charged Moore with assault and attempted rape when she was 16.

There aren’t many options here. Either the women are lying as part of a well-executed conspiracy against the judge, or Moore did what the women accuse him of doing.

I grieve for my state. The last time Alabama received this much international media attention was during the Civil Rights movement. Back then, Bull Connor was the global face of Alabama. Now it’s Roy Moore. Neither is what we want on the tourism posters.

It’s not impossible here. As we’ve learned more about Moore’s young adulthood, though, the conspiracy theory has become increasingly implausible.

Several of the women share Moore’s religious and political convictions. Moore’s preference for teenage girls was common knowledge among his colleagues and around Gadsden, Alabama, where he was assistant DA.

As a thirty-something lawyer, he cruised the mall flirting with teenagers. Some claim he was banned from the mall for harassing girls.

To make the conspiracy theory work, the plot has to keep growing. Nelson claims she told her husband about the incident 13 years ago. Maybe he’s in on it too, along with all the Gadsden residents who have stories to tell about Moore.

Conservatives can’t chortle at every Harvey Weinstein who goes down, but circle the wagons around a conservative folk hero. It makes a mockery of conservativism’s claim to moral high ground.

Moore’s self-defense hasn’t been any better. He says he doesn’t know Nelson, but he knew her well enough to sign her high school yearbook and call her “sweet” and “beautiful.”

Moore’s claim that Democrats are conspiring to silence his outspokenly Christian voice reflects an inflated view of his national importance. If he’s ever seated in the Senate, he’ll be an eccentric outsider, a threat to no one, marginal to his own party.

None of this amounts to proof beyond reasonable doubt, but Alabama voters don’t have the luxury of waiting for certainty. We need to form a judgment based on incomplete evidence. Given what we know, we have every reason to believe the women’s charges.

I grieve for my state. The last time Alabama received this much international media attention was during the Civil Rights movement. Back then, Bull Connor was the global face of Alabama. Now it’s Roy Moore. Neither is what we want on the tourism posters.

The “it’s forty-year-old news” defense doesn’t fly either. True, Moore has been married for decades without (so far as I know) a whiff of infidelity.

But if we have reason to believe the women are telling the truth, we have equal reason to conclude Moore is lying. Or, that he’s erased all memory of these encounters, which may be worse.

New York Times columnist Ross Douthat asked what would have happened if Moore had confessed, asked forgiveness, and humbly placed his fate in the hands of voters.

It’s sound spiritual counsel, and I think it would have worked politically. That Moore didn’t do so reveals a lot about the man he is.

Peter J. Leithart is president of the Theopolis Institute in Birmingham, Ala., and serves as teacher at Trinity Presbyterian Church in Birmingham. He also is the author of "The End of Protestantism." He blogs at www.Patheos.com/blogs/leithart/.