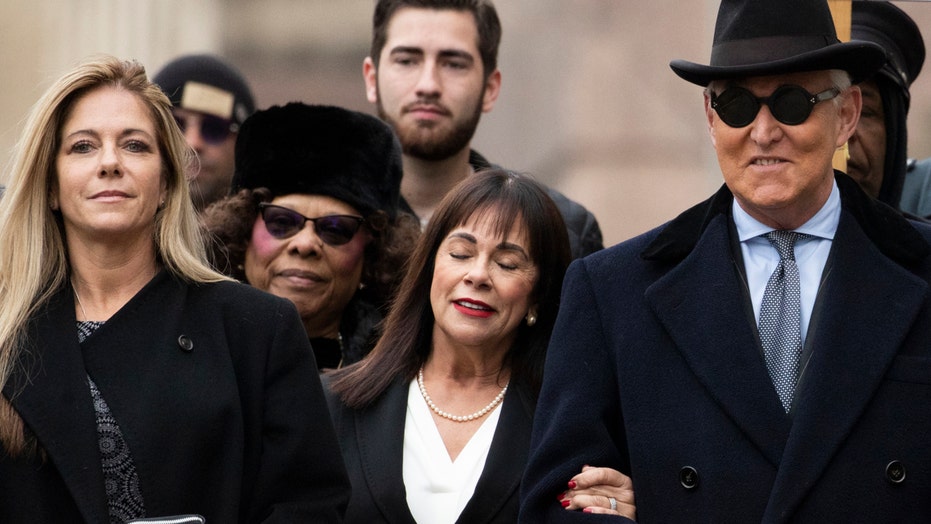 Judge Amy Berman Jackson hits back at the Stone defense team's request for her recusal; Kristin Fisher reports from Washington.

Those four stirring words, chiseled into the marble atop the U.S. Supreme Court’s portico, were transformed into a punchline Thursday. That statement in stone is now the legal equivalent of a cream pie tossed in Shemp’s face, in a vintage Three Stooges comedy short.

U.S. district judge Amy Berman Jackson sentenced President Donald J. Trump’s friend and informal adviser Roger Stone to three years and four months in prison for witness tampering, obstruction of justice, and lying to Congress. Stone’s penalty emerged just six days after the Justice Department dropped its inquiry into Trump foe, former acting FBI director Andrew McCabe. Never mind that Justice’s inspection division filed a criminal referral when it “became concerned that McCabe may have lacked candor when questioned by . . . agents about his role in the disclosure” of inside information to the Wall Street Journal. “Lacked candor” is Potomac for “failed to tell the truth, the whole truth, and nothing but the truth.”

So, 40 months behind bars for Stone, while McCabe enjoys airtime and paychecks as a CNN commentator and royalties from his book "The Threat: How the FBI Protects America in the Age of Terror and Trump."