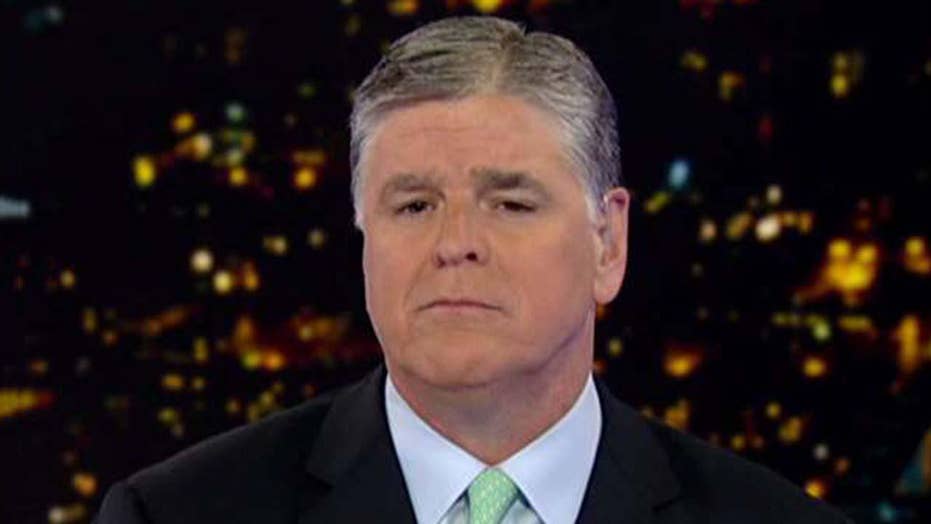 History teaches lessons. We forget them at our peril.

As has been widely reported, in 1996 the Chinese Government tried to influence U.S. elections – in favor of the Democrats. The Chinese gave money to the Democratic National Committee, spent money on congressional races and donated to the re-election campaign of President Bill Clinton.

Americans refused to divide. The lesson is worth remembering.

REP. AL GREEN FEARS TRUMP 'WILL GET RE-ELECTED' IF HE'S NOT IMPEACHED

The Justice Department investigated. Congress held hearings. Republicans and Democrats disagreed on whether Clinton decisions favoring China were linked to the Chinese efforts to influence our elections.

Key facts dating back more than 20 years are worth reviewing. They might help Congress simmer down and accept Justice Department findings regarding Russian interference in our 2016 election.

The conduct of congressional Democrats today in dealing with President Trump is absurd in historical perspective.

The word “collusion” was not in play in the late 1990s, but investigations – including by the Justice Department – came to worrisome conclusions. The plot thickened when President Clinton reversed State Department policy and allowed American satellites to be launched on Chinese rockets.

As The New York Times reported on May 18, 1998: “President Clinton said today that reported political campaign contributions from China to the Democrats had not influenced his foreign policy, but he welcomed further investigation into decisions that made it easier for China to launch American satellites and possibly obtain sensitive technology.”

The same article said: “The New York Times reported on Friday that Johnny Chung, the former fund-raiser, had told Federal investigators that a large part of the nearly $100,000 he gave the Democrats in the 1996 campaign came from China's People's Liberation Army through Liu Chaoying, a Chinese lieutenant colonel and aerospace executive. The Democratic National Committee subsequently returned the money to Mr. Chung, who began cooperating with investigators after he pleaded guilty in March to campaign-related bank and tax fraud.”

The conduct of congressional Democrats today in dealing with President Trump is absurd in historical perspective. The Democrats are melting down; eviscerating congressional process, procedures, and traditions; shutting down Republicans in committee; threatening impeachment of President Trump and Attorney General William Barr; and saying the president is guilty of crimes.

Evidence of Chinese intent and influence was far stronger in 1996 than any Russian influence in 2016, yet Republicans did not seek to impeach Clinton on this matter. The evidence was so strong that then-Democratic Sen. Joe Biden of Delaware asked whether the Chinese had received a “quid pro quo” from Clinton. Still, no impeachment based on the China link.

China’s influence got more curious. In 1997, Rep. Nancy Pelosi, D-Calif., dodged questions on Berger’s actions, admitting however he was “the point man … for the trade office of the Chinese Government” when at his law firm, before entering government.

In 1999, Berger was then accused of failing to inform President Clinton that China had acquired designs for nuclear warheads. Republican Sen. Lamar Alexander of Tennessee called for Berger’s resignation over Chinese espionage, but no one sought to impeach him.

All this is ancient history, but relevant. Five lessons flow from this period.

First, while Congress conducted inquires, they were largely viewed as political and led absolutely nowhere. In the current environment, unless the Democratic House jumps on impeachment – for which there is no basis – further inquiries will go nowhere.

Second, evidence was stronger in 1996 for Chinese direct influence on elections and policy, yet an independent prosecutor was shut down by Attorney General Janet Reno. No one sought to impeach her. Separation of powers was respected.

Third, despite endemic partisanship, Republicans did not shut down Democrats in the 1996 hearings, or ignore standing rules or due process. They did not threaten the attorney general with contempt, subpoena her for not appointing an independent counsel on China, or excoriate her for not producing a report.

Fourth, members of Congress acknowledged that a foreign power – then China – had interfered and tried to influence the 1996 elections. Members recognized China’s prime aim was to disrupt our democracy and create doubt in American minds about the veracity of our system. Congress did not fall for the trick.

Finally in the 1990s all actors – from Clinton’s White House, the Justice Department, the FBI and members of both parties in the House and Senate – kept their heads. They did not do what the Chinese wanted – morph into senseless attack dogs that chewed up each other, our democratic institutions, the rule of law and the public trust.

In 2019, as a Democratic-controlled House continues to snarl and accuse the Trump White House and Justice Department of anything the Democrats can think of, members might want to remember the past. Sometimes less is more.

If leaders in a democracy lose their heads on partisan grounds, they can end up doing just what the adversary wanted – dividing the American democracy on itself.  History teaches lessons. Staying one nation is a lesson worth remembering now.