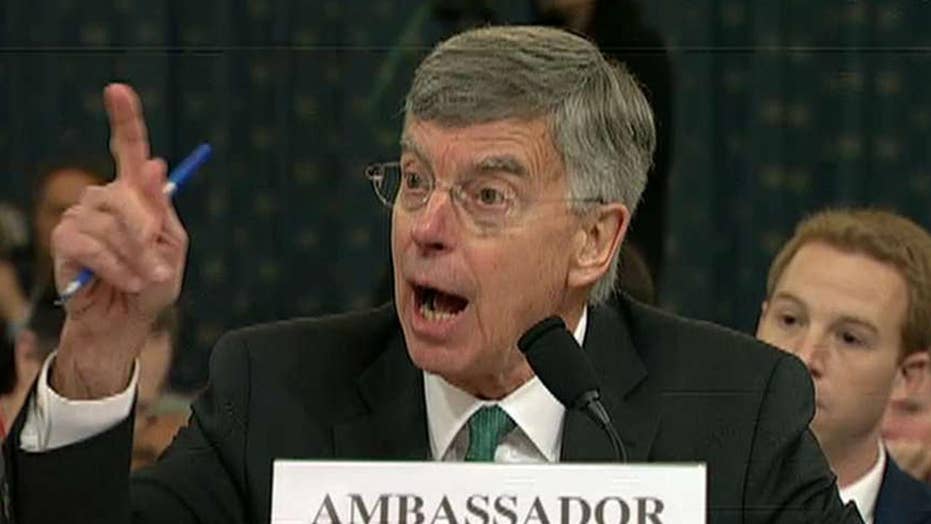 The House Intelligence Committee’s impeachment hearing Wednesday went as expected: nothing new was learned, and what we already knew was affirmed: there was no quid pro quo on President Trump’s July 25 phone call with Ukrainian President Volodymyr Zelensky.

What we witnessed at the televised hearing – and what we will have to sit through for several more installments – was a hollow attempt by Democrats to repeat their failed Russian collusion hoax.

Spearheaded by Intelligence Committee Chairman Adam Schiff, D-Calif. – who has been waiting to pounce on the opportunity to open up an impeachment inquiry since 2017 – this investigation is just a display of Schiff’s deluded dream to bring down President Trump and overturn the results of the 2016 election.

The process Schiff set up was rigged from the start.

For starters, the membership of Schiff’s committee is already heavily biased against President Trump. All 13 of the Democratic members support impeachment. In fact, 10 of them called for impeachment well before this investigation of President Trump began.

Schiff’s standards also restrict Republicans’ ability to subpoena witnesses; block the White House from participating in the inquiry; and decrease the number of members allowed to participate from 110 to 22.

Given this crooked framework, Schiff called Deputy Assistant Secretary of State for European and Eurasian Affairs George Kent and acting U.S. Ambassador to Ukraine Bill Taylor to testify Wednesday – neither of whom were fact witnesses to the call between Presidents Trump and Zelensky.

Even an MSNBC contributor acknowledged that Taylor’s “knowledge is limited.” Nevertheless, Kent and Taylor were deemed worthy of screen time by Adam Schiff.

However, as one might expect of two men who have never had a direct conversation with President Trump, their testimony failed to deliver the silver bullets Democrats were hoping for.

Neither man gave us any reason to believe there was any wrongdoing by President Trump. Taylor admitted that President Zelensky said “the call was fine. I was happy with the call." Taylor even confirmed that there was no leveraging of aid to Ukraine.

In fact, it was confirmed that President Trump’s aid to Ukraine was more forthcoming and his sanctions on Russia stronger than former President Barack Obama’s.

There’s no getting around the truth, however inconvenient it might be for the Democrats’ vendetta against President Trump. As the transcript of President Trump’s call with President Zelensky made abundantly clear – and testimony Wednesday affirmed – there was no mention of a quid pro quo and no basis to launch an impeachment inquiry.

Instead of grasping at straws for ways to bring down the duly elected president of the United States, it’s time Democrats finally work with him, not against him. Democrats in Congress ought to stop the madness, end this witch hunt once and for all, and get to work for the people who elected them.

There is an abundance of legislative issues that deserve the attention of Congress, including approving the U.S-Mexico-Canada Agreement on trade, keeping our economy booming, and securing funding for our troops. These are the issues Americans care about, and these are the issues that will drive voters to the polls next November.

As the Democrats try to undo the results of the 2016 election, our sights are set on 2020. With the outstanding record of accomplishments by President Trump and Republicans, the decision for voters will be clear: continue this era of American greatness that President Trump has ushered in, or reward Democrats’ refusal to work with him.

After Wednesday’s circus, the choice could not be more obvious.