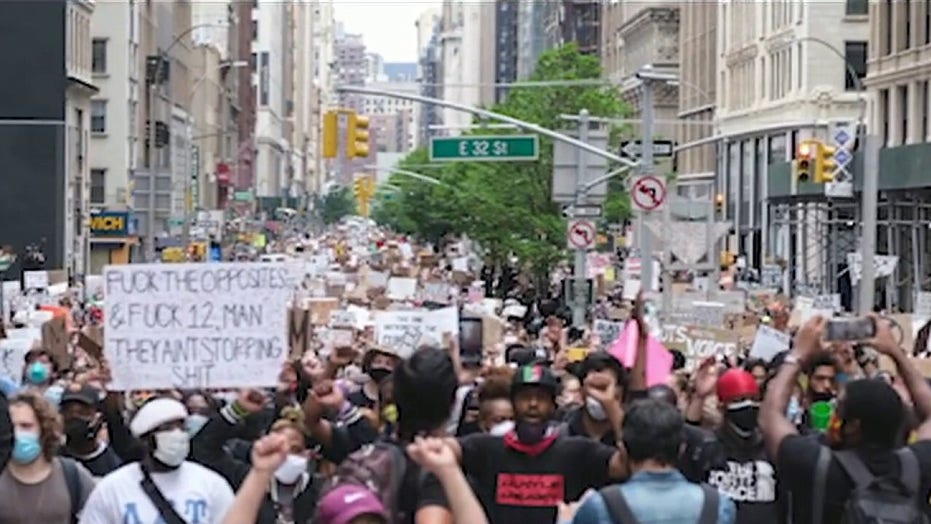 George Floyd unrest: Protests and riots continue nationwide despite curfews being in effect

There is a big debate about designating Antifa a terrorist group and what if any steps the federal government can take to stop the rioting. But we all know who the real culprits are for turning America’s streets into a war zone: progressives and liberals.

They have filled the mind of America’s youth with ideological nitroglycerine that is now exploding in our streets, while also setting the conditions that make it almost impossible to stop it.

The terrible events that have unfolded in the wake of the death of George Floyd represent the systematic failure of five decades of progressivism and liberalism. The end of the progressive dream has now brought us all to the brink in three ways.

First, we have too many progressive mayors and governors who can’t and won’t protect their own citizens and their property and businesses — or in the case of Mayor Bill De Blasio whose own children join in the rioting. This compounds their failed COVID-19 lockdown, aka the Great Confinement, which only precipitated a severe economic contraction — a contraction the riots now threaten to plunge into economic collapse.

Second, since the 1960s, progressives have foisted on us a series of social policies that they promised would give us utopia but which have turned into a perpetual nightmare for America’s inner-city residents and poorest and most vulnerable.

From welfare and community policing to abortion rights and racial preferences, these policies were supposed to bring a new America based on racial harmony and equality. When that failed, progressives blamed capitalism and white privilege instead of their own incompetence and malfeasance.

These progressive social experiments have been especially bad for black America. Ironically, it turns out Donald Trump has been the best friend African-Americans have had in a generation. His policies pushed black unemployment to historic lows, and even set black wages on a track to rise faster than white wages — that is, until the lockdown and riots hit.

Progressives may look at the broken glass, burning businesses and desecrated churches with a desperate satisfaction. They think this will finally spell the end of Trump.

The third failure has been the constant vilification of our police and law enforcement, to the point that they became targets for assassination. Worse, progressive policies have neutered urban police departments to the point they have been rendered impotent just when they are most needed.

For four decades, from "Serpico" to "Law and Order," progressives in Hollywood and the liberal media have portrayed cops as corrupt, racist and sexist brutal thugs. So the public sees incidents like the death of George Floyd as characteristic of police tactics instead of an aberration. No society can survive when its defenders are attacked as the villains and its violent enemies are treated as heroes and victims.

All these failures have come to a head in the past week.

Progressives may look at the broken glass, burning businesses and desecrated churches with a desperate satisfaction. They think this will finally spell the end of Trump. History shows they’re wrong.

The radicals and progressives who sparked the riots in 1968 also thought runaway violence would topple the establishment and sweep them into power. Instead, America defended itself from anarchy by giving its vote to the declared law and order candidates in the 1968 presidential election. Together Richard Nixon and George Wallace took a total of 57 percent of the popular vote.

America doesn’t commit suicide so easily, then or now.

Our progressive politicians and ideologues have sowed the seeds of what’s happening in our streets. If they aren’t willing to help solve the problem, then they must reap the whirlwind.