'The View' co-host Sunny Hostin and actor John Leguizamo claimed that Hispanic voters 'fell for' Republican fear tactics ahead of the midterm elections.

We’ve just finished one of the most contentious midterm elections in memory. As president of the U.S. Conference of Mayors, I can tell you this: while all politics is local, all elections are about our tomorrows. They shape the type of future you want for yourself and your family. Any political party that respects those values and speaks to those aspirations will win. From crime to the cost of living, the future is on the ballot.

This is especially true for Americans of Latin descent, whose votes now play a decisive role in our politics. Vision matters. Policies mean more than personality. And results speak louder than words. Last week’s results in Florida were strong, but they were not a surprise. Last year, I was blessed to be re-elected with nearly 80% of the vote as were many other Republicans by large margins. For Latinos in Florida, these results were not tied to any candidate or personality. They were a referendum on the future, a ratification of policy choices made since 2017. They were about results.

The Latino shift over to Republicans is not a function of one messianic leader or political phenom: it started with good policy and has been sustained by real results. It’s built around three simple principles: keep people safe, keep taxes low and keep everyone moving forward. It is embodied by Miami’s success; and it can be replicated nationally if Republicans, and all elected officials, learn the lessons we learned about building an inclusive conservative majority in Miami.

First, Latinos are Americans. And we are proud to be Americans. We are not tacos; we are not Latinx; and we are not a monolithic bloc. Latinos have been a part of the American story since Admiral Bernardo de Gálvez aided the American revolutionaries. Our Latin surnames adorn every war memorial since our founding. We are a growing community of Americans, whose history is intertwined with American life and culture yet reflects a diversity of experiences. The experiences of many Mexican Americans and Puerto Ricans vary significantly from the experiences of Colombian, Venezuelan, Nicaraguan or Cuban Americans. Each experience is rich, each is unique, but all of us are bound by a shared set of values and aspirations.

Rep. Mayra Flores was the first Republican Latina ever elected to Congress from Texas, and she was also the first female Mexican-born member of the House of Representatives. She was defeated for re-election in 2022.  (Bill Clark/CQ-Roll Call, Inc via Getty Images)

Democrats have bought into the cultural Marxist belief that every person of Latin descent is part of a one-dimensional oppressed group who thinks, votes and acts in the same way. This is factually wrong and morally repugnant. We share the same hopes and concerns as other Americans, and we honor our heritage in the same way Irish Americans and Italian Americans honor their heritage. We walk in the same footsteps of past groups that overcame bigotry to secure a place in American life.

Moreover, the recent, artificial creation and ideological imposition of "Latinx" — which has no historical reference, grammatical meaning or practical use by Latinos — was offensive and ignorant. Latinos are engaged, educated citizens, and we care about crime, the economy and safety just like any other American. We see the border crisis as a consequence of a larger failure of economic engagement, civic involvement and strong American leadership in the Americas.

We know that the failed left-wing regimes of Latin America are largely responsible for that crisis; but we also know America needs to wake up and to lead with strength, wisdom and courage. Ronald Reagan was the last American president who understood that Latinos add to our ability to lead in the larger Americas region. We should align our supply chain with our neighbors in the Americas, not China.

We should build an Americas economic zone that boosts American exports to our neighbors and American jobs at home while allowing our neighbors to trade with us, modernize their economies and expand their middle class. This shared prosperity deters these left-wing movements and secures our economy. We must also actively support pro-democracy movements within our American neighborhood before promoting it on the other side of the world. Latinos are Americans first, last and always because we know that America is at its best when it leads like America. 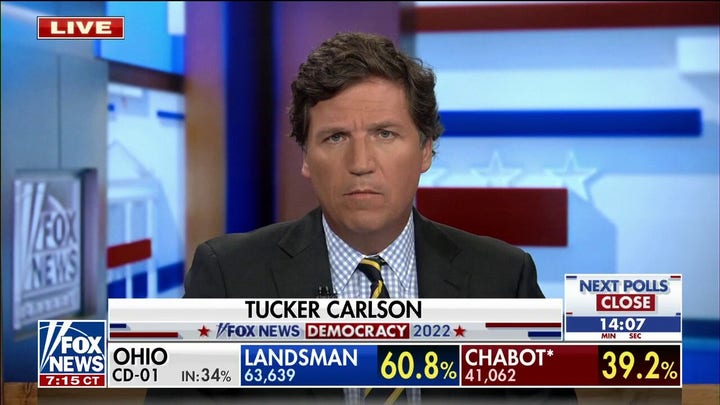 Second, Latinos support law enforcement, not lawbreakers. We support safe streets and safe schools. We believe safe spaces begin with your home and your neighborhood. We also support our police. We believe that law, order and justice are the bedrocks of a strong society. Latinos serve in all of our law enforcement communities; and have done so with distinction. Whether native born or a new arrival, we believe that where there is no law, there is no justice; and where there is no justice, there is no freedom. Our public safety relies on supporting our police and supporting the enforcement of the law. If you hurt someone or hurt their property, you belong in jail, not out on bail.

Moreover, elected officials need to publicly support our police. We own small businesses, we pay taxes, and we send our kids to school like everyone else. Our children are police officers, doctors, lawyers and firefighters. We know that being a police officer is one of the most difficult jobs in America. Never has a group of people been expected to do so much, be subjected to so much scrutiny, and be paid so little. In Miami, we have up-funded, not defunded our police; and we gave them the best technology to do their jobs. The result: people are safe to live their lives and crime is now at its lowest levels of homicide in generations.

Third, we believe in faith and family. While we express our faiths differently, we are people of faith. Honoring God and His Word serves as the bedrock of a successful family; and a successful family is the foundation of a successful society. We support policies that help married couples stay together and help new families grow and thrive. We believe that low taxes and sound monetary policy allow everyone to keep what they earn, grow what they save and own what they build. Latinos have built innumerable family businesses that power our economy, but taxes, crime and regulation have hurt their growth. In Miami, we’ve grown a high-tech economy that delivers results, and voters have responded to our work by voting Republican at all levels, from my nearly 80% re-election results as mayor to the increasing large margins of Republican congressional candidates. We see the raft of regulations from Washington as foolishly driven by a false ideology. And while we believe in treating everyone with respect, we object to the public ridicule of faith and people of faith practiced by media elites.

By its rhetoric, policies, programs and engagement of Latinos, today’s Democrat Party reminds them of the worst of left-wing Latin American regimes and political parties. They are horrified that any American political party would embrace an ideology that has only delivered poverty and misery.

Fourth, we believe in freedom. Many of our family members came to America fleeing communist oppression and left-wing dysfunction. They saw firsthand what happens when government is given too much power. They’ve seen government seize people’s property, firearms and freedoms in the name of justice, security and progress. They’ve seen leaders manipulate racial grievance to seize power with the false promise of equality while delivering only equality of misery, poverty and division.

For them, America has always been different. By its rhetoric, policies, programs and engagement of Latinos, today’s Democrat Party reminds them of the worst of left-wing Latin American regimes and political parties. They are horrified that any American political party would embrace an ideolog we have two years to fix that. Y and hope that the GOP doesn't tear itself apart tear that has only delivered poverty and misery. They are disappointed that a party that claims to support equality of opportunity seeks to racialize every debate, every argument and every election. We’ve always seen America as "the last, best hope on earth" — a true shining city on a hill with walls that had doors open to anyone with the will and the heart to get there. We share in that promise of freedom, fairness and opportunity. We believe in the American Dream because we’ve lived it. We know that no country is perfect, but we know America is truly exceptional.

Republicans are increasingly winning the Latino vote because we’ve delivered results rooted in shared values and policies spoken in the language of lived experience — safe streets, good schools, low taxes, thriving businesses, strong families and a deep pride in America and the promise of the American Dream. And that’s a future worth voting for!

Mayor Francis Suarez is mayor of the city of Miami. He is also president of the U.S. Conference of Mayors.