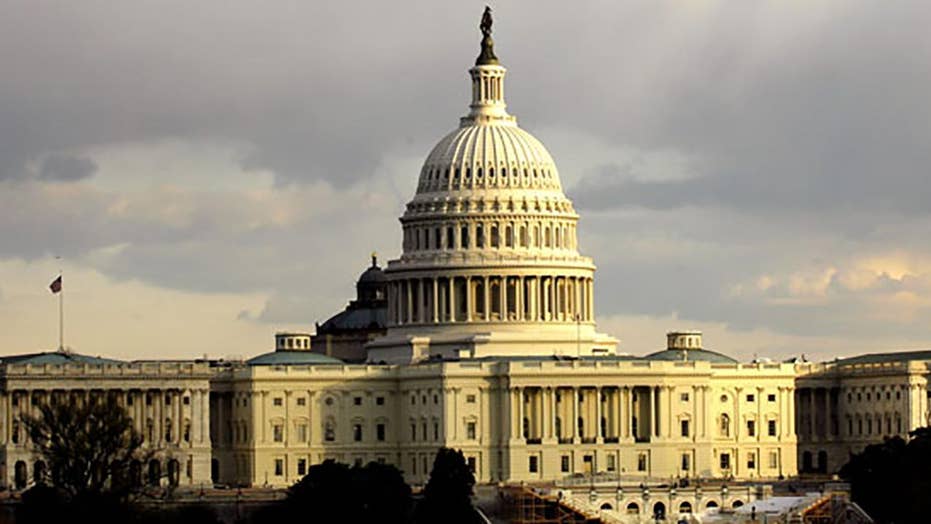 Garrett Tenney breaks down issues Congress is expected to address over the next year.

President Trump met with Republican congressional leaders over the weekend to strategize for the midterm elections in November and the president said he would not campaign for challengers to GOP incumbents in primaries. That’s bad news for Democrats, who had hoped a divided Republican Party would enable them to win majority control in the House and Senate.

I believe, to paraphrase Mark Twain, that reports of the death of the GOP majorities in Congress are greatly exaggerated. Come 2019, I expect Republicans to remain in control of both the House and Senate. Read on and I’ll explain why.

The left-leaning mainstream media – emboldened by the “Never Trumpers” – have been eagerly awaiting a Republican collapse.

For example, Politico has warned President Trump of a “2018 bloodbath,” suggesting the midterms could be “the worst” in history for Republicans. The Hill has predicted that the November midterms are the Democrats’ “best chance in years to win back (the) House.” Washington Post reporters gleefully anticipate a “politically difficult 2018” for the White House.

The left-wing Salon not only proclaimed Democrat Doug Jones’ recent election to the Senate from Alabama was “a very bad sign for the GOP” but also said it was the first indication of a “blue wave” of Democratic victories ready to turn Republicans into the minority party in Congress.

The anti-Trump “resistance” in the media points to President Trump’s approval rating – which is noticeably on the rise – and the incumbent party’s historical struggles after winning a presidential election.

But the Washington establishment class and so-called political “experts” dismiss President Trump at their own peril. I won’t make that mistake again. The president and his party sit on many structural advantages that the liberal media conveniently ignore.

The first and perhaps most important advantage is fundraising. The Republican National Committee (RNC) raised a reported $130 million in 2017 – more than twice the Democratic National Committee’s (DNC) haul. Much of it came from digital fundraising, as the RNC added more than 1 million email addresses in the last quarter of 2017 alone.

Even if the Democrats begin catching up, the Trump machine will turn on the low-dollar digital spigot and turn the GOP fundraising advantage into election victories.

But catching up is the least of Democrats’ concerns. The DNC currently is buried under millions of dollars of debt after years of financial mismanagement under former Chairwoman Debbie Wasserman Schultz and Hillary Clinton. While the RNC breaks records and invests in the 2018 campaign, the DNC is scrambling to pay off its debt.

Second, the Republican fundraising edge suggests a reinvigorated political base, which has historically turned out in droves for midterm elections when Democrats have stayed home. According to a recent Pew poll, more than three-quarters of Republicans approve of President Trump, including an overwhelming majority of evangelical voters.

Recent polling does not even account for the expected bump from the Tax Cuts and Jobs Act, which has already spurred Boeing, Comcast and other U.S. companies to set aside billions of dollars in private investment. As hiring increases and paychecks swell, Republicans will certainly reap electoral benefits after passing tax cuts without Democratic support.

In this year’s midterm elections, the key for President Trump and the Republican Party is to leverage the bully pulpit and control the messaging, reminding voters that the president’s pro-growth agenda delivers real-world benefits.

If President Trump provides his backing early to the right candidates and unifies the Republican Party with a winning message of more jobs, stronger borders and an “America First” foreign policy, the November election results will shock the “experts” – just like in 2016. From the increasingly popular tax bill and a roaring stock market to ISIS' decline, pro-Trump Republicans have plenty to run and win on this year.

While the talking heads will invoke historical precedents for a Republican wipeout, even The New York Times acknowledges Democratic voters have middling interest in midterm elections. According to an Upshot analysis, Republicans were 20 percent likelier to vote than Democrats in 2010 and 2014.

Finally, the 2018 electoral map charts very unfriendly territory for Democratic incumbents who must compete in districts and states carried by President Trump. This year’s map has a number of realistic targets for Republican challengers.

For all these reasons, I believe Republicans will keep control of Congress this year. And they will prove the anti-Trump media and political establishment wrong once again.

Guy Short is a former congressional chief of staff, six-time Republican National Convention delegate, and Republican strategist with over 25 years of experience in politics.