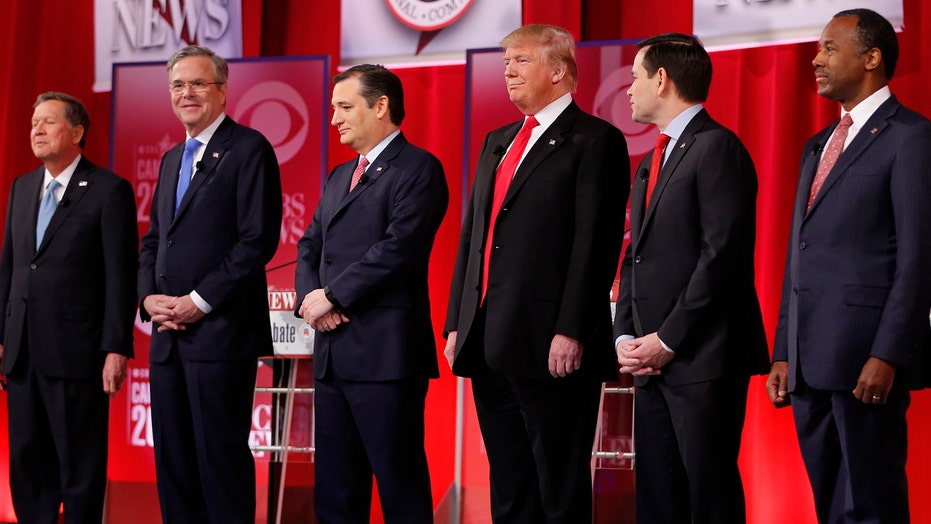 It's time for the GOP presidential candidates to have a come-to-Jesus meeting. How about dropping the personal insults and start talking about issues that really matter

After watching the mayhem at last week’s GOP presidential debate, I’ve decided it’s time for the Republican candidates to have a Come-to-Jesus meeting.

Click here to get Todd’s American Dispatch – a must-read for conservatives.

Donald, you can't take a punch. Ted, you think you're smarter than everybody else. Marco, you love to flip flop. Jeb, you're a Bush.

So how about dropping the personal insults and start talking about the issues -- like looking out for the American working man?

Just last week two Indiana companies (Carrier Corp. and United Technologies Electronic Controls) announced they were moving their production plants to Mexico. As many as 2,100 Americans are losing their jobs.

A UTEC executive told the Indianapolis Star that moving their company south of the border “is the best way for us to remain competitive.”

Mexico sends us illegals and we send them American jobs.

Instead of talking about the American working man -- we've got a raging debate about why Marco Rubio sweats.

It's a political version of “Mean Girls.”

So on behalf of America: You guys need to start acting more presidential and less like a bunch of has-been reality show contestants.

As they say in South Carolina: Stop acting the fool.