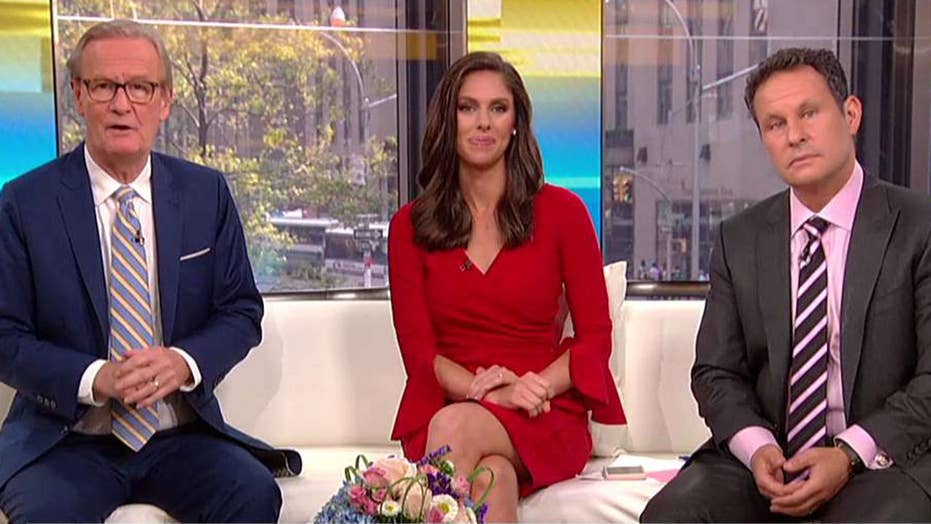 Alexandria Ocasio-Cortez follows remark with admission that she is not an expert on the issue.

From the time Democratic President Harry Truman granted diplomatic recognition to the Jewish state of Israel on May 14, 1948 – the day the state was formed – support for Israel was widespread and bipartisan among American elected officials. In fact, it was taken by most as a given on both sides of the aisle.

But sadly, in recent years growing numbers of Democratic candidates and officials have slowly but surely been abandoning Israel. The shift has, in large part, mirrored the party’s overall lurch leftward.

This disturbing trend is increasingly turning support for Israel into a partisan issue – with Republicans firmly in Israel’s corner, while more and more Democrats show sympathy towards Israel’s adversaries.

A Gallup poll of U.S. adults released in March supported this finding. It found that while 83 percent of Republicans have a favorable view of Israel, the figure drops to 72 percent among independents and 64 percent among Democrats.

Still, the majority support for Israel among all three groups should be a strong warning to Democratic candidates: hostility to Israel is not a politically popular position.

When the memory of the Holocaust was still fresh in the years immediately after World War II, most Democrats and Republicans in the U.S. saw Israel for what it was and remains – a democracy with values and norms similar to our own, eager to live in peace but forced to defend itself from Arab nations waging war and terrorist attacks.

But following Israel’s miraculous victory in the Six-Day War in 1967 – when it was attacked by the armies of Egypt, Jordan and Syria, along with troops from other Arab nations – the perception of Israel began changing.

After it captured land from the invading armies, Israel’s enemies began portraying the tiny Jewish state as an oppressive occupier of lands rightfully belonging to Palestinian Arabs – who in this formulation deserved a state on the West Bank and Gaza, or for some, a state replacing all of Israel.

The Jewish people – who were living in what is now Israel and the West Bank with their capital in Jerusalem some 3,000 years ago – are increasingly and absurdly portrayed as foreign invaders of the Arabs’ ancestral homeland, despite clear historical, biblical and archeological records.

The latest Democrat to take up the anti-Israel banner is Alexandria Ocasio-Cortez, who scored a stunning upset victory over House Democratic Caucus Chairman Joe Crowley in a congressional primary in New York City. Ocasio-Cortez proudly identifies herself as a supporter of the Democratic Socialists of America, a far-left organization that questions Israel’s right to exist.

In a recent interview, Ocasio-Cortez attacked “the occupation of Palestine” by Israel. She earlier said Israel’s legitimate attempts to defend itself from armed attackers recently seeking to breach its border security fence with Gaza constituted a “massacre.” Obviously confused, she tried to backtrack by saying “I am not the expert on geopolitics on this issue.”

In fact, while some protesters at the Gaza border fence were peaceful, others attacked Israeli soldiers with guns, firebombs and rocks. Some even told U.S. reporters they wanted to enter Israel to mount terrorist attacks.

The Washington Post reported May 14 that a 23-year old man it identified as Mohammed Mansoura said: “We are excited to storm and get inside” Israel “to kill, throw stones.” In the same article, the Post stated: “Two other young men carried large knives and said they wanted to kill Jews on the other side of the fence.”

An example of this is Sen. Bernie Sanders of Vermont, the self-described Democratic Socialist who challenged Hillary Clinton for the Democratic presidential nomination in 2016. He has sharply criticized Israel on numerous occasions and made clear that he is dedicated to a more “balanced position” on Israel. This is nothing more than an implicit expression of anti-Israel sentiments – which paint Israeli actions to preserve the country as murderous war crimes.

That Keith Ellison, a known Israel hater with ties to consummate anti-Semites, was made deputy chair of the Democratic National Committee last year just goes to show how far the Democratic Party has fallen.

Just this past February, it surfaced that Ellison had a private dinner with Louis Farrakhan in 2013. The leader of the Nation of Islam, Farrakhan is a known anti-Semite with a reputation for outrageous lies and actions, such as arguing that “there were many Israelis and Zionist Jews in key roles in the 9/11 attacks.”

And these leaders of the far left are only the tip of the iceberg. The rank and file of the party has been steadily shifting to the left on Israel as well.

College campuses, once a bastion of support for Israel and the Democratic Party, have become the home to the Boycott Divest and Sanctions movement that calls for the global community to sever economic ties with Israel. Even some far-left Jewish students have joined in.

A few high-ranking, unequivocally pro-Israel, Democratic Party elected officials still remain. Senate Minority Leader Chuck Schumer of New York – the state with the largest Jewish population in the nation – is chief among them. But these officials have become less and less representative of the party as a whole.

Moreover, when it has really counted, these pro-Israel holdouts have capitulated to the far left. When the disastrous Iran nuclear deal – an agreement that released billions of dollars in frozen assets to Israel's most serious security threat – came to a vote in the Senate, Schumer personally voted against it.

However, Schumer didn’t mount an effort to convince his colleagues to vote “no” as well. Schumer’s decision to stand idly by essentially guaranteed the measure’s passage and proved a shameful acquiescence to the anti-Israel wing of his party.

The Democratic Party’s shift towards a leadership and base including Israel haters and anti-Semites is not just abhorrent, it’s also bad policy.

At a time when the world – and the Middle East in particular – is in such turmoil, we should be supporting our staunchest ally in the region, not alienating it. On everything from trade to technology to defense, the U.S. has partnered with Israel to the benefit of both nations.

On top of this, Israel is the only liberal democracy in the Middle East. By merely existing, Israel helps to promote American values in an incredibly dangerous neighborhood of the world.

Supporting Israel is not just an international relations imperative. For the Democrats, it’s a political one as well.

In years past, the Democratic Party was a steady home for many American Jews – the religious group that forms the core of pro-Israel voters.

However, as President Trump looks to work with Israeli Prime Minister Benjamin Netanyahu not long after Netanyahu and President Obama butted heads, one thing is becoming increasingly clear to voters: Republicans are the pro-Israel party, while Democrats are not.

There are 5.3 million Jews in America. While it would be ignorant to characterize every last one of them as pro-Israel, there is still truth to the idea that many of them are. In a short time, growing numbers of them will take their votes and donations to the Republican Party if Democrats leave them in the shadows.