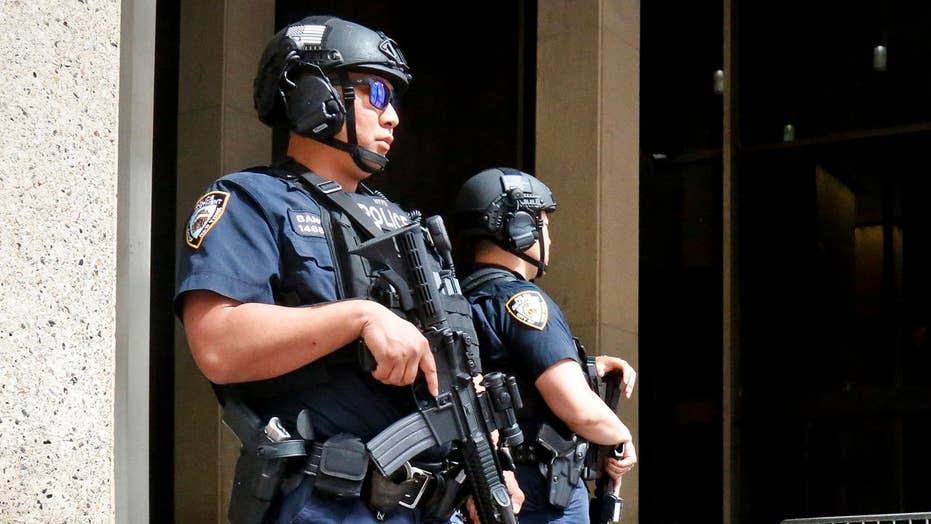 Should the NYPD reveal anti-terror tactics?

The United States faces real and ongoing threats from terrorists, rogue regimes, nation-states, and others who wish to bring harm directly to our shores.

America’s adversaries share the common goals of challenging our interests, weakening our alliances and partnerships, and disrupting our way of life.

Regardless of which political party is in power, our rivals seek ways to diminish our global leadership, reduce our international influence, and undermine the liberal, rules based world order underwritten by the United States since the end of the Second World War.

A tyrannical regime in Tehran remains the world’s number one state sponsor of terrorism and incites a brutal civil war in Syria.

Terrorists do not check our party affiliation. The people in power will change over time, but our commitment to keeping the country safe and secure must remain united and unshakeable. National security must run through the center of the aisle.

China is militarizing islands and bullying its neighbors in the South China Sea, and repressing the rights of its citizens.

Russia is steadily fomenting instability through cyberattacks, disinformation and other means, and cracking down on civil society, and ISIS and like-minded groups continue to inflict and inspire death and destruction.

As the 21st century progresses and the challenges we face become more interlinked and complex, the urgency behind working together becomes greater and greater.

If we are going to be successful in thwarting future attacks and protecting the American people, we must confront the most pressing issues with policies that transcend partisan lines.

Terrorists do not check our party affiliation. The people in power will change over time, but our commitment to keeping the country safe and secure must remain united and unshakeable. National security must run through the center of the aisle.

Thursday morning bipartisan lawmakers from the House and Senate will come together and host the very first Capitol Hill National Security Forum, a series of speakers and panel discussions for the purpose of reestablishing the importance of bipartisan thinking in Washington when it comes to national security and foreign policy.

This forum will be an opportunity to hear directly from Trump administration officials, including current Secretary of Homeland Security John Kelly and U.N. Ambassador Nikki Haley, as well as a bipartisan mix of policymakers from past administrations like former Secretary of State Madeleine Albright, former Secretaries of Homeland Security Michael Chertoff and Jeh Johnson, Ambassador Ryan Crocker, and former CIA Director John Brennan on how to defeat threats and minimize dangers facing our country.

Our forum will not just be focused on direct threats to our homeland. We will also exchange ideas and debate the strength of our military, cybersecurity, the role of NATO and the renewal of our trans-Atlantic alliances, international trade, the state of U.S. intelligence, and the promotion and protection of democracy and human rights. These issues are important topics and will help refine the best ways to project American strength on the world stage.

This gathering will also give us a chance to discuss how new administrations can learn from past presidencies and how the executive and legislative branches of government can best work in unison to carry out a coherent national security strategy.

We can all stand by our respective political parties, but partisanship needs to stop at our water’s edge.

We are Americans first. Let’s work together for the safety and security of American families and the protection of our universal values.

Thursday’s forum will allow us to have that conversation and achieve that goal.