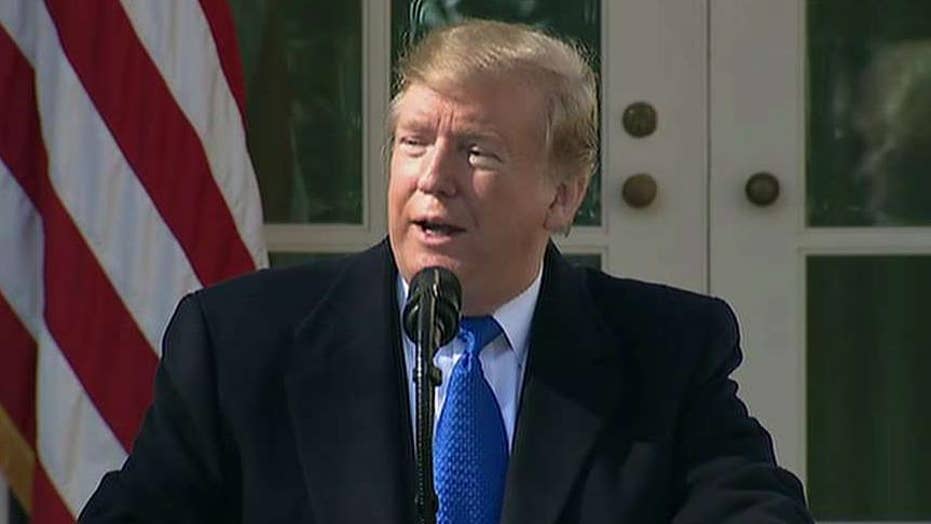 William La Jeunesse takes a closer look at the crisis at the border.

The fight against drug trafficking in our country has been a continuous and devastating battle. Millions of American lives have been impacted, and we have seen the destructive power illegal drugs can unleash on a community. In an effort to better understand where these drugs are manufactured and how they enter our country, the Drug Enforcement Administration analyzes specific narcotics to identify their geographic sources.

In his State of the Union Address, President Trump called for increased border security to help limit the flow of drugs across our southwest border.  As a member of the Border Security Subcommittee of the Committee on Homeland Security, I agree that we must commit to secure our southwest border, and part of that effort should include a physical barrier. Although most of the drugs seized by law enforcement takes place at points of entry, it is not known how much is being smuggled across the unsecured sections of our border or how many smugglers enter the country undetected.

CARFENTANIL, OPIOID THAT CAN BE LETHAL TO THE TOUCH, BECOMING A GROWING PROBLEM IN US

While a District Attorney in Mississippi, I prosecuted those who sold or transported illegal drugs into our communities. We were able to stop many drug dealers from creating footholds in the towns we represented, but as soon as we would put one criminal behind bars, another would appear with a new drug more devastating than the last. Throughout my career, I saw methamphetamine overthrow cocaine, which was then replaced by heroin and the rise of opioids. The newest illicit narcotic to hit our streets, fentanyl, is far deadlier than any drug we have seen before. In 2017, fentanyl accounted for almost twice the number of deaths as heroin and almost three times the number of deaths as meth. This is due to the potency of fentanyl. Only 2 milligrams of fentanyl, roughly the amount of a few grains of sand, is a lethal dose.

Heroin, cocaine, meth, and most illicit drugs are overwhelmingly manufactured overseas and smuggled into our country across our open borders. Fentanyl is no different. The drug is mostly manufactured in China, where it is often shipped to Mexican Transnational Criminal Organizations (TCOs) to be smuggled across our southwest border in bulk. These TCOs, or drug cartels, have been very successful in transporting fentanyl into communities across the country. Two weeks ago, border patrol agents seized over 115 kilograms (253.5 pounds) of fentanyl – enough to provide fatal doses to over 57 million Americans – being smuggled into the U.S. by a Mexican national through our southwest border, according to an article released by U.S. News. In another report, enough fentanyl was found in my home state of Mississippi last August to kill half a million people, or about 14 percent of the population of our state.

Securing our border against cartels that seek to profit from the addiction and destruction that drugs have on American lives is a matter of national security, and immediate action is needed in Congress. I support President Trump’s plan to secure our border and believe his approach that includes a physical barrier is necessary to protect our communities from the growing dangers of fentanyl, street-level narcotics, and synthetic prescription drugs. I look forward to working with my colleagues on both sides of the aisle to address this growing epidemic.

Congressman Michael Guest is the current Representative for Mississippi’s Third Congressional District and serves on the Committee on Homeland Security and its Subcommittee on Border Security, Facilitation, and Operations. Before serving in Congress, Guest was a District Attorney in the state of Mississippi where he and his staff prosecuted nearly 20,000 cases against criminals charged with offenses such as murder, manslaughter, armed robbery, sexual battery, aggravated assault, kidnapping, house burglary, and drug sales.