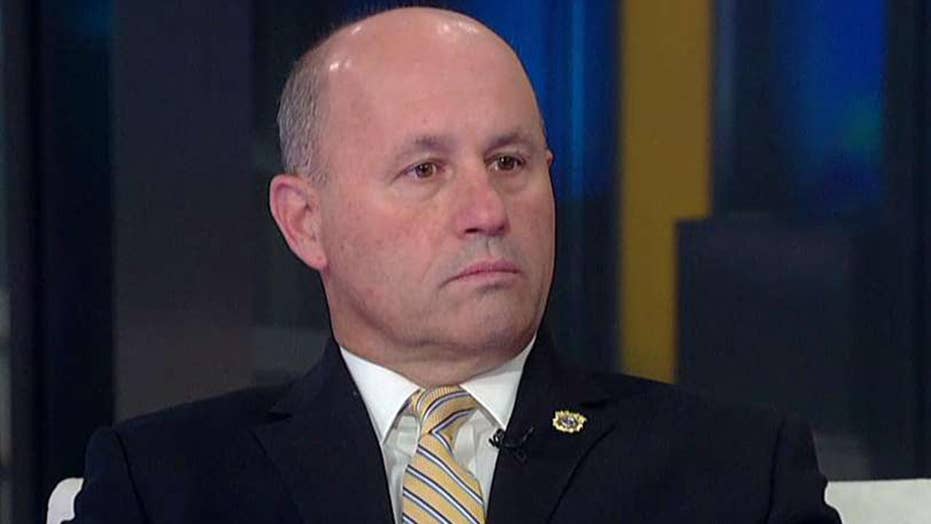 Patrick Ryder, commissioner of the Nassau County Police Department, says law enforcement morale is taking a hit by suspects being released from jail so easily.

It’s barely been two weeks since New York state’s law allowing for the immediate release of criminals without bail officially took effect, but it has already had lifelong ramifications for New Yorkers.

Unfortunately, the people left dizzy by this dangerous Democratic-peddled carnival ride are the very people the justice system is sworn to protect.

Just this week, right around the corner from my house where my wife and I raise our family, a local man with an ever-growing rap sheet was charged with killing a 27-year-old man while driving drunk.

Despite his six felony convictions, six misdemeanor convictions, and more, the driver was released the same day without bail. Apparently, the judge couldn’t even issue an ankle monitor under the new cashless bail law.

While shocking, this story has become all too common. In varying degrees, criminally negligent homicide, manslaughter, assault, burglary and stalking are just a few of the many crimes in which the accused person is now eligible for immediate release. Perhaps most consequently following anti-Semitic incidents during Hanukkah, hate crime assaults are also on the list.

We witnessed three innocent civilians slaughtered in a kosher supermarket in Jersey City, N.J., and five brutally stabbed celebrating Hanukkah at the home of a rabbi in Monsey, N.Y. And in the midst of these high profile attacks, everyday Americans were terrorized in the streets simply because of their faith.

A woman was charged with assaulting and cursing at three Orthodox Jewish women in Brooklyn, arrested and immediately set free under this new law.

The next few days came like a bad case of deja vu with the same woman allegedly punching another Jewish woman in front of the victim’s children, being arrested, and, shockingly, once again being released without bail.

It wasn’t until this woman was arrested for a third time that she was finally held at the request of New York City Mayor Bill de Blasio. You know a liberal policy has gone too far when even de Blasio has to intervene.

How can we expect our law enforcement officers to do their sworn duty to protect us when as soon they arrest an alleged perpetrator, the accused person is released with no incentive to ever show up again? Or, even more demoralizing, when officers are arresting the same criminals day after day?

How can we expect our judges to deliver justice for victims when our judges are stripped of their judicial discretion, forced to ignore the risk of repeat offenders and prior convictions?

The answer: We can’t.