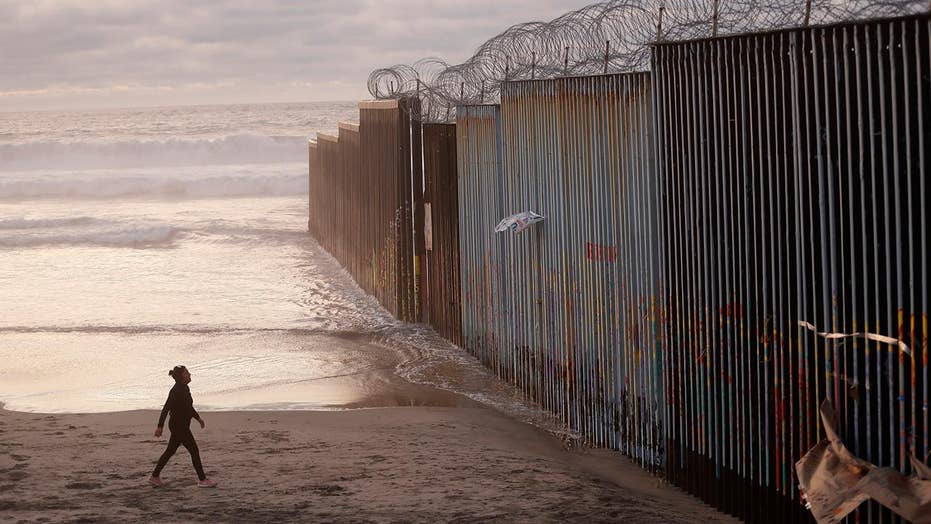 Would border barriers be enough to satisfy President Trump and his base?

Would a compromise be deemed a win when the original promise was a border wall? Reaction and analysis on 'Fox &amp; Friends First.'

Customs and Border Protection announced just days ahead of President Trump's State Union address that the number of family units entering the U.S. has increased 280 percent over the same time last year. Since this announcement, Congress’ duty to respond to the array of concerns grows keener by the day -- as does our passive abdication of that duty.

Right now, a group of Senators and Representatives is negotiating how much money to dedicate to border security this fiscal year. Some lawmakers, myself included, believe a physical barrier would curb the influx of drugs and crime rippling across the southern border. Others have branded the wall as a non-starter. Members of both camps, though, share concerns that the status quo has brought suffering to families on either side of the border.

The most urgent problems with American border policy are also some of the simplest to correct -- even the Trump and Obama administrations share common ground here.

Three loopholes in the law are currently incentivizing people to break our laws, and endanger men, women and children in the process. Lawmakers in the House have introduced the Fix the Immigration Loopholes Act to right these wrongs.

Illustrating the demand for humanitarian response at the southern border, NBC News recently documented “the hidden toll of migration to the U.S. through Mexico.” Almost 4,000 migrants have died or disappeared on the journey over the last four years, says the report.

Unlike other migration paths across the globe, drug traffickers and violent gangs populate the route through Mexico and target people like Wilmer Gerardo Nunez, who was murdered along with dozens of other migrants. He was buried in a common grave. In Honduras, his mother grieves and prays her grandson won’t migrate.

Any sensible or compassionate person must consider the pull factors convincing adults to expose vulnerable people to criminal enterprises. One of these includes a faulty 2015 interpretation of the Flores settlement agreement, which came from a federal court in California.

The settlement was originally designed to protect unaccompanied minors, but the 2015 move has left the Department of Homeland Security (DHS) unable to keep any family that arrives at the border without a legal status together and in its custody for more than 20 days.

Tragically, adults have learned to exploit this handicap. They know they can avoid being detained after breaking the law and can secure a quick release into the U.S.’s interior by taking one or more children on what is, at best, a barren trek without basic sanitation or medical care. The sobering reality is that border agents report parents giving young girls birth control as a matter of course before the trip north because predators sexually assault one in three females on this journey.

As a father, I hope people come to see that correcting the Flores decision isn’t a politicized stance -- the Obama administration sued to overturn the decision, arguing it “is essential to respond to the current and future surges of persons (including families) seeking to enter without lawful status.”

Obama’s administration lost its court case, leaving the ball in Congress’ court. It’s now up to the lawmakers to fix the Flores decision by allowing DHS to keep families together safely throughout their immigration proceedings, which would take away the reward for adults who use children as subway tokens to bypass safeguards in the system.

This January, the Trump administration asked lawmakers to correct Flores and address a similar abuse of the Trafficking Victims Protection Act, and we responded by introducing the Fix the Immigration Loopholes Act to accomplish these goals and fight fraud in the asylum system at the same time.

The bottom line is illegal paths of entry are littered with violent opportunists who can enter the United States as easily as their victims, and loopholes like the Flores decision motivate them to try.

We know that people who take advantage of these loopholes put themselves or others at risk. Many of those victims are children or people targeted for persecution.

Congress can better and protect both of these groups in a single vote for a bill that’s already on the table. Why wouldn’t we take that step?

Rep. Doug Collins (R-Ga.) is the top Republican on the House Judiciary Committee, which has jurisdiction over immigration issues, and represents Northeast Georgia. A Lt. Col. in the Air Force Reserve, Collins is the only military chaplain in Congress and completed a deployment in Iraq from 2008-2009.