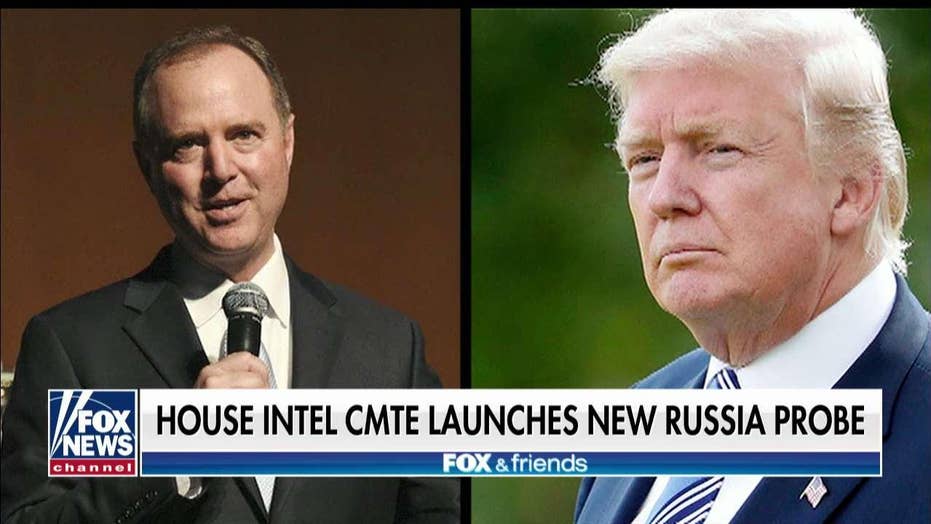 House Intelligence Committee Chairman Adam Schiff, D-Calif., who is planning unmerited and aggressive partisan investigations of President Trump, has plenty of questions he should be answering about his own activities.

House Minority Leader Kevin McCarthy, R-Calif., raised some of these questions in a recent blog post.

McCarthy wants more information on Schiff’s interactions with Glenn Simpson, the founder of Fusion GPS. That firm was hired by the Democratic National Committee and the Hillary Clinton presidential campaign to conduct opposition research and dig up dirt to use against then-Republican presidential candidate Donald Trump.

Fusion GPS concocted a defamatory dossier full of lies about Trump. The document was widely circulated through the Obama Justice Department and FBI before ultimately being used as the basis of a Foreign Intelligence Surveillance Act warrant to spy on a Trump campaign official.

Earlier this month, award-winning investigative journalist John Solomon of The Hill reported that during a security conference in Aspen, Colorado, Schiff met with Simpson. Simpson has been a key witness in investigations of Russian interference in the 2016 U.S. presidential election.

Solomon wrote: “When confronted with the Aspen conference photos of Schiff, in sport coat and open-neck dress shirt, and Simpson, wearing casual attire, representatives for both men tried to minimize their discussion, insisting nothing substantive about the Russia case was discussed.”

Surely, it would be reasonable for Schiff – who is so eager to investigate President Trump – to subject himself to questioning and an investigation of his contacts with Simpson, because an important issue is at stake.

Simpson testified before both the House and the Senate, which is what makes the encounter between a witness and an investigator – then-ranking member of the House Intelligence Committee Adam Schiff – so curious.

Schiff has always been playing politics and protecting his own.

Schiff, after all, lambasted then-Intelligence Committee Chairman Devin Nunes, R-Calif., for meeting with members of President Trump’s National Security Council, saying: “I believe the public cannot have the necessary confidence that matters involving the president’s campaign or transition team can be objectively investigated or overseen by the chairman.”

Schiff’s self-righteous attacks on Nunes prompted Nunes to recuse himself temporarily from the investigation. Since Schiff set the standard, shouldn’t he too recuse himself?

McCarthy said it best: “Given Chairman Schiff’s previous underlying rationale … in order to avoid charges of hypocrisy or perceived bias, should Chairman Schiff recuse himself from his intended investigations after meeting with a witness of an ongoing investigation?”

The answer is clearly yes.

Nunes, for his part, responded to the hypocrisy, saying “the fact that they’re coordinating doesn’t really surprise me because Glenn Simpson is a Democratic operative working for the Democratic Party… my guess is that they were having conversations before that.”

The bad becomes worse when coupled with the fact that Schiff and House Democrats “went to great lengths to keep investigators from finding out Fusion GPS was hired by a law firm at the direction of the Democratic National Committee and the Hillary Clinton Campaign,” according to McCarthy.

McCarthy goes on to note that investigators were forced to take their inquiry to court in order to discover that Fusion GPS and Democrats were the funders and producers of the defamatory dossier.

So why did Schiff meet with a central witness in the Russia investigation? Why did he protect Fusion GPS and Democrats from being exposed as the source of the dossier?

The answer is quite clear: Schiff has always been playing politics and protecting his own.

As the chief peddler of the Russia collusion conspiracy theory, Schiff finally had his day of reckoning this week. The Senate Intelligence Committee acknowledged it has “uncovered no direct evidence of a conspiracy between the Trump campaign and Russia” after pouring over hundreds of thousands of documents and interviewing 200 witnesses in an investigation that went on for two years.

Rather than using the House Intelligence Committee to peddle more bogus, hyper-political, Trump-related conspiracy theories, Adam Schiff should recuse himself.

There’s simply no denying he has quite a lot of questions to answer himself.