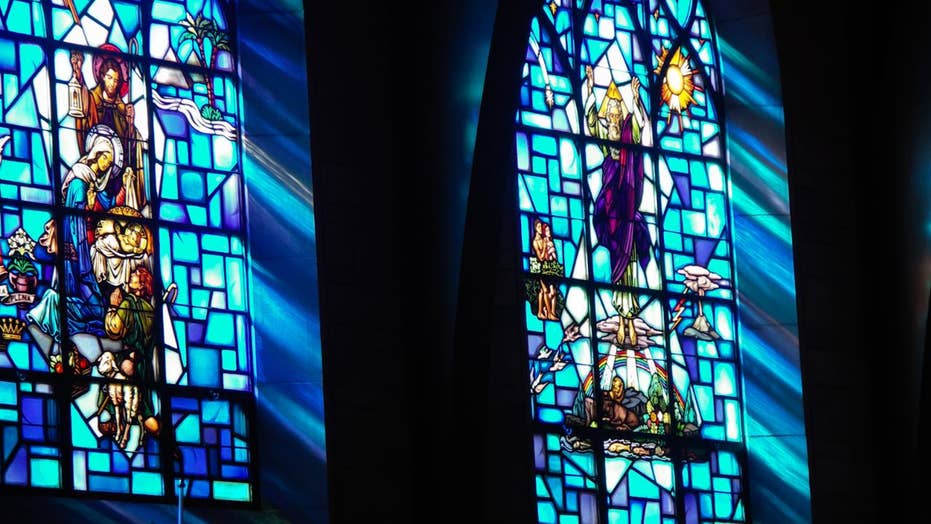 Here is a pop quiz on the Constitution. What is the first freedom protected by the Bill of Rights? If you guessed speech or press, then you are close. The first protected freedom is religion.

The two religion clauses in the First Amendment keep the government out of our pockets for religious purposes and out of our churches for all purposes. That was, at least, the intent of the framers.

The tyrannical behavior of many state governors, who have issued executive orders purporting to regulate private behavior on private property – even religious behavior in houses of worship – and in the process have enforced these orders as if they were laws, has ignored this.

In America, governors do not write laws; only legislatures do. There are no pandemic or public health or emergency exceptions in the Constitution.

In my home state of New Jersey, Catholics were permitted – permitted – to attend public Masses last Sunday for the first time in 88 days.

This has deeply troubled many of the faithful, and many non-adherents, who understand the concepts that only legislatures write laws and that no legislature can write a law telling a religious institution when and how to permit worship.

So, who closed all the houses of worship? Why did Catholic bishops dispense with a nearly 1,600-year-old rule – which survived all sorts of wars and pestilence – requiring attendance at Sunday Mass? What became of the wall of separation?

When first-year law students are asked the meaning of the Establishment Clause and the Free Exercise Clause in the First Amendment, they often argue that these clauses mandate a wall of separation between church and state.

Some students even offer to find the “wall of separation” language in the Constitution. They are still looking for it.

While it is accurate to use the wall of separation phrase, it is nowhere in the Constitution or in any federal statute. It was first publicly used in an 1802 letter from President Thomas Jefferson to a congregation of Baptists in Danbury, Conn.

The congregation had written to Jefferson complaining that Connecticut was taxing all landowners to pay for the state-supported Congregationalist Church. They told him that the state regarded their religious freedom as a privilege to be doled out, rather than as an inalienable right as the congregation believed it to be and as he had characterized it and other rights in the Declaration of Independence.

Jefferson understood the values underlying the religion clauses of the First Amendment to mean that while only Congress was prohibited from establishing a church or interfering with worship, the states should not do so either.

In his famous letter, Jefferson opined that the First Amendment erected “a wall of separation between church and state.” To Jefferson, the word “state” in that context meant all governments.

Though the imposition of state taxes to support churches ended during the 19th century, it wasn’t until 1947 that the Supreme Court ruled with clarity that the First Amendment – the language of which only restrains Congress – applies to the states as well.

We know that it does because the 14th Amendment prohibits all states from abridging the privileges or immunities of citizens of the United States. The phrase “privileges or immunities” connotes attributes of national citizenship – first among which are a prohibition on government establishing a religion or interfering with its free exercise.

Stated differently, the right to worship or not, and the right not to be charged for someone else’s worship, are personal human rights – as Jefferson called them, inalienable rights.

Now, back to the governors and the bishops.

The governors permitted crowds at Walmart and arrested folks for attending funerals. They permitted thousands of demonstrators in public streets and arrested not one of them for marching without masks or not socially distancing.

My friend Professor John Rao of St. John’s University wrote: “Our troubled world continues along its current revolutionary path with no clear idea as of yet just how far the diabolical disorientation that has been unleashed may go. One thing and one thing alone seems definite to me in the midst of the general uncertainty. With a few very notable exceptions, the leadership of our beloved Church, legitimate though that leadership is, has proven itself to be utterly subservient” to the state.

It was not the governors who shut the churches. It was – with some courageous exceptions – the gutless American Catholic bishops who did so. Never before in the history of America has the Church become an arm of the state. The governors told the bishops to close their churches, and they complied. Their predecessors were martyrs. They are cowards.

Faithful Catholics believe that we consume the Bread of Life at Mass. The bishops have no more moral right to deny us that salvific sacrament than do the governors.

Faithful Catholics also believe that Holy Mother Church is the route to eternal salvation and the Bread of Life is the food for that route. What mother would deny her children food? One in the hands of state-subservient bishops.

When the Supreme Court explained the two religion clauses, it ruled that they prohibit both conspicuous governmental aid to religion and all government interference with it, and all excessive entanglement between church and state.

In another time and place, how different this might have been. One hundred years ago, the Church was outlawed in Mexico and militias hunted down priests. Saying a public Mass then was the functional equivalent of a capital offense. Yet, there were more Masses celebrated for the faithful per day in Mexico in those years than in America in the last 88 days.

The wall of separation insulates our religious beliefs and practices from governmental tyranny. But without episcopal fidelity and courage, the wall crumbles.