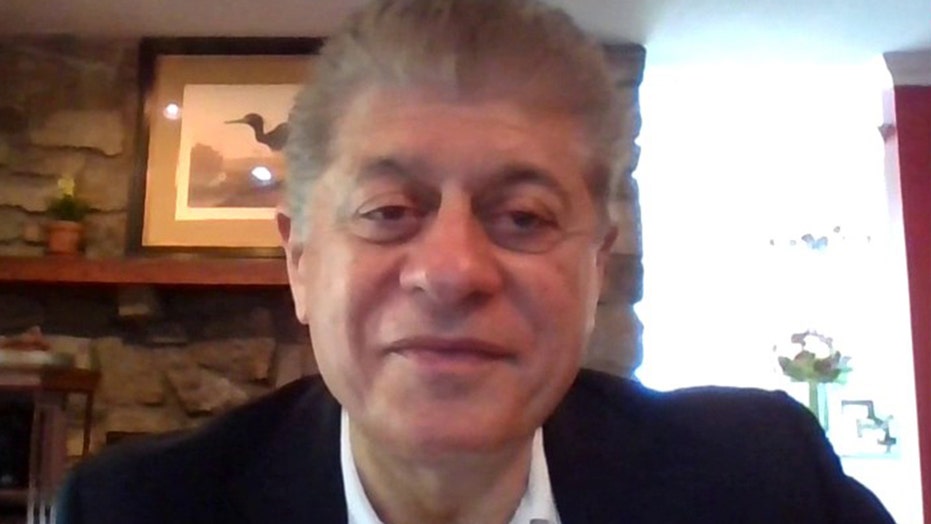 Judge Napolitano: Jailed Texas salon owner is an American hero for refusing to bend the knee

Fox News senior judicial analyst Judge Andrew Napolitano reacts to the jailing of a Texas salon owner for reopening her business and a new memo on the extent of the Mueller probe.

Jefferson’s answer to that question in 1801, the year he became president, was that the government worked for us. Today, unfortunately, this same question has two answers -- a functional one and a formal one. One would stumble answering this question if one looked only at how some state governors are treating the people for whom they claim to be working. One needs to look as well at the nature of government in a free society.

Six months ago, no one could have imagined where we are in America today. Then, if anyone had suggested that the governors of all 50 states, in varying degrees of severity, would be using police to interfere with personal choices -- choices that we and our forbearers have all made without giving a second thought to the preferences of the government -- no one would have believed it.

Think for a moment of how you would have reacted to any pre-COVID-19 idea that the police in America -- using not the force of opinion but the force of arms -- would prevent you from going out of your home, operating your business, jogging in a park, patronizing a restaurant or clothing store, buying a garden hose, going to Mass or church or temple or mosque or even joining a small public gathering of folks who want to protest these prohibitions.

Where did these prohibitions come from? They have come from the ever-changing edicts of governors and mayors, who rely on the ever-changing evaluations of medical data from an ever-changing cast of scientific experts. They are the pronouncements of politicians who have forgotten that they are elected to enforce laws, not to write them, and to be the servants of the people, not their masters. 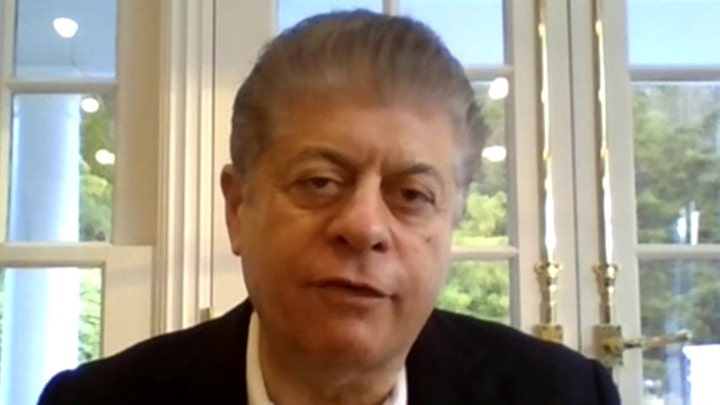 Why do Americans accept this? We are a nation born in a bloody revolution against a king. The founders of America made the profound and indisputable choice of establishing a government dedicated to the cacophony of liberty over the illusion of safety.

They embedded that choice in the Declaration of Independence and the Constitution. The former states, unequivocally, that no government is legitimate without the consent of the governed and that government’s principal duty is to secure our rights. The latter -- which expressly protects the right to make personal choices -- is the supreme law of the land, and thus all governmental acts are subordinate to it.

We have fought wars against tyrants who wanted to tell us how to live. Today, we have elected our masters who are doing just that.

Americans seem to accept the restrictions on our rights to speech, religion, travel and commercial activities simply because the origin of those restrictions is a popularly elected person. But even an elected government can be tyrannical. Should you bow to these restrictions merely because their authors were elected and they have persuaded your neighbors that the prohibitions are for their own good -- the Declaration and the Constitution be damned?

Stated differently, the governments that have interfered with our well-established rights to go about our daily lives as we see fit -- taking chances whenever we cross the street, drink a glass of water, bite into food, sit next to a stranger on a train or at a baseball game, or go through a green light in our vehicles -- have failed their first obligation, which is to safeguard our freedoms to take those chances.

Instead of safeguarding our freedoms -- our natural rights to make personal choices -- the governors and their police enforcers have treated us as if we work for them.

Does the government work for us or do we work for the government? Formally, it works for us. We elect officials because we trust their judgment. We authorize those officials to protect our rights, and we prohibit them from interfering with our personal choices.

For a few weeks now, I thought the most extreme of these governors has been Gov. Phil Murphy of New Jersey, who publicly admitted that he didn’t think or care about the Bill of Rights, even though he took an oath to uphold it. Yet, Gov. Tom Wolf of Pennsylvania has surpassed him.

When Wolf learned that some Pennsylvania county sheriffs would not use force to enforce his non-law edicts, and some public accommodations would open their doors -- consistent with public safety but in defiance of his non-law edicts -- he threatened to withhold state aid from all who live in those counties and to close the liquor stores that, by his non-law edicts, remain open. This is straight out of 1930s Germany -- punish the community because of the resistance of a few. In Wolf’s Pennsylvania, the people work for the government.

My colleagues at The Wall Street Journal have unearthed the facts that more Americans die annually from heart disease, cancer, accidents and non-COVID-19 respiratory failure than die annually (annualized) from this coronavirus. Every death diminishes me. So does every suppression of liberty. So does every denial of the right to make choices and take risks.

Does the government really work for us, or are we afraid of it?