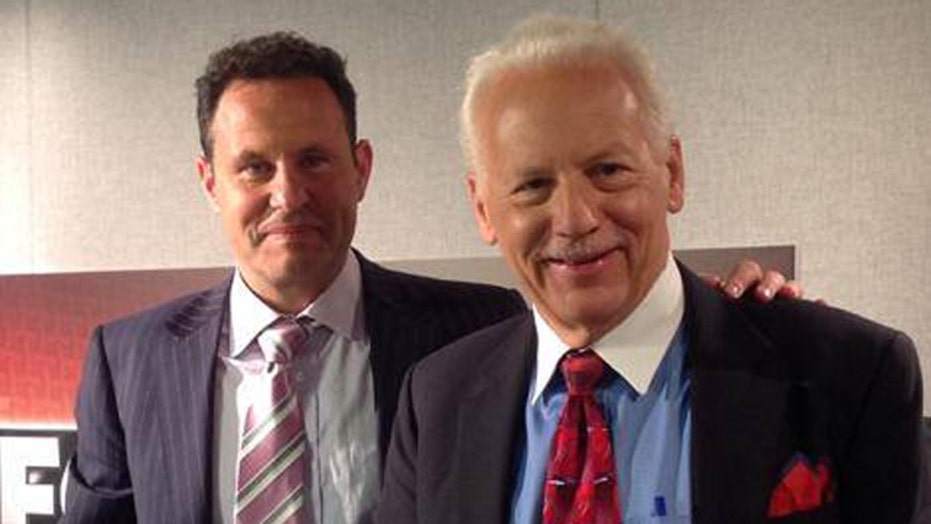 Former US Ambassador to the UN and author of “Reagan at Reykjavik” Ambassador Ken Adelman on Russia today and how President Reagan ended the Cold War.

Why was the Reykjavik summit so special?

Today, on the 10th anniversary of Ronald Reagan's passing, we can now realize his exceptional leadership and how Reykjavik was his "finest hour."

Indeed, his son Michael has said that "you'll get insights into my dad -- his negotiating skills, his sheer grit, his leadership skills -- in a new way. I urge you all to read the book, 'Reagan at Reykjavik' soon. I know you will enjoy the book and learn from it, as I have."

What made Reykjavik special were three elements. First, it was a real drama -- something right out of an Agatha Christie thriller, where two vivid characters meet over a weekend, on a desolate and windswept island, in a reputedly-haunted house with rain lashing against its windowpanes, where they experience the most amazing things.

The summit between Ronald Reagan and Mikhail Gorbachev on October 11 and 12, 1986 was like nothing before or after—with its cliffhanging plot, powerful personalities, and far-reaching consequences.

For those of us in the American delegation, Reykjavik was supposed to be an uneventful weekend, with the real action happening the following year at "the real summit" in Washington.

Instead, in Iceland we rode an emotional roller coaster, full of twists and turns, ups and downs, all weekend long. NPR’s Rod MacLeish deemed it among “the most amazing events in diplomatic history.” To Gorbachev, it was exhausting with its “wearying and grueling arguments.”

Unlike other summits and dramas, Reykjavik’s plot unfolded off-script. The session itself came as a surprise and ended up delivering surprise after surprise. We didn’t know what to expect next or how it all would end—not just over that weekend, but over the months and years that followed.

Second was Reykjavik’s oversized personalities. Reagan and Gorbachev stand as among the most intriguing and important characters of the twentieth century. For some ten and a half hours at Reykjavik, they dealt directly with one another—void of staff advice, detailed talking points, or guiding memos—acting more like themselves than at any time in office.

Thanks to the now-declassified American and Soviet notes of their private discussions, we can peep through the keyhole of their small meeting room to see them, hear their back-and-forth reparte, and come to understand their core beliefs, patterns of thought, and fundamental characters in a way that history rarely offers.

Third was Reykjavik's significance. Immediately afterwards, it seemed like a bust, since the two superpower leaders left without a joint statement, clinking of champagne glasses, or promises of future meetings. They left each other glowering and, in Reagan’s case, steaming mad.

The White House chief of staff, Donald Regan, asserted that the two would never meet again. The session was nearly universally condemned, even by those as astute in foreign policy as Richard Nixon, who declared, “No summit since Yalta has threatened Western interests so much as the two days at Reykjavik.”

The following year, 1987, Reykjavik received some acclaim when agreements reached over that weekend were signed in the White House as part of a sweeping arms control treaty.

And then in a mere blink of eye in history came the fall of the Berlin Wall, the demise of Communism in Eastern Europe, the collapse of the Soviet Union, and end of the Cold War.

With the gifts of historical perspective and declassified documents, we can now see that Reykjavik marked a historical turning point, by leading to:

-- a remarkable decline in the number and danger of U.S./Soviet-Russian nuclear arsenals;

-- an unexpected flowering of the antinuclear movement worldwide;

-- and even—the mother of all historical consequences—the end of the Cold War itself.

U.S. Secretary of State George Shultz, at Reagan’s side during Reykjavik, had a conversation with Gorbachev years afterwards and described the scene:

We were sitting around with the interpreter, and I said, “When you entered office and when I entered office, the Cold War was about as cold as it could get, and by the timewe left it was all over. What do you think was the turning point?”

He didn’t hesitate a second. He said, “Reykjavik.”

“Because,” Gorbachev said, “for the first time the two leaders talked directly, over an extended period in a real conversation, about key issues.”

Ken Adelman, author of the new book "Reagan at Reykjavik: Forty-Eight Hours that Ended the Cold War" by Broadside Books, in imprint of HarperCollins was U.S. Arms Control Director during the October 1986 summit in Iceland, and a U.S. Ambassador to the United Nations before then.  Since leaving government, he has taught Shakespeare and written five previous books, including "Shakespeare in Charge."
ADVERTISEMENT