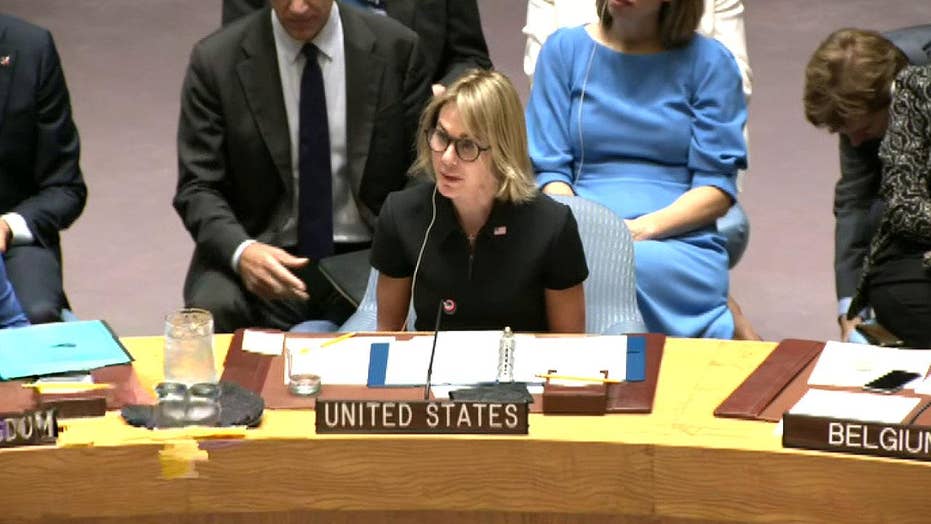 Ahead of the opening session of the United Nations General Assembly, Secretary of State Mike Pompeo and Secretary of Health and Human Services Alex Azar delivered a joint letter to diplomats around the world urging them to oppose threats to the unborn posed by abortion advocates and their allies in multilateral institutions.

Of immediate concern to the Trump administration is the U.N. High-Level Meeting on Universal Health Coverage, slated for Sept. 23. The joint letter pulled no punches, stating plainly, "We remain gravely concerned that aggressive efforts to reinterpret international instruments to create a new international right to abortion and to promote international policies that weaken the family have advanced through some United Nations fora."

Pompeo and Azar are not wrong. If anything, they understated the scope and reach of these international efforts to undermine the existing human rights of life, conscience, and speech, and to create new rights based on special groups or identities.

EX-UN AMB. NEGROPONTE: THE UNITED NATIONS IS STILL MAKING THE WORLD STRONGER. IT DESERVES OUR SUPPORT

Gender equality language is being used to promote abortion in many international contexts. For example, at the recent G-7 summit, the group’s Gender Equality Advisory Council told assembled leaders that abortion restrictions are impediments to achieving gender equality.

Similarly, the term “sexual and reproductive health” is now finding its way into a seemingly infinite number of international declarations, documents, and goals, particularly those pertaining to health or development.

As the Pompeo-Azar letter pointed out, the language of sexual and reproductive health "has been asserted to mean promotion of abortion, including pressuring countries to abandon religious principles and cultural norms enshrined in law that protect unborn life." This pervasive practice "undermine[s] our shared commitment to sustainable development and to achieving health for all."

Unfortunately, much of the U.N. human rights apparatus is at the forefront of the international effort to promote abortion, despite the fact that no U.N. human rights treaty explicitly endorses or requires abortion. Moreover, many countries routinely clarify that they do not intend for reproductive health language to include abortion.

But that hasn’t stopped U.N. bureaucrats from reading abortion into existing language or pressuring countries to liberalize their domestic abortion laws. A recent report from the Office of the High Commissioner on Human Rights touts Ireland’s decriminalization of abortion as an example of how the U.N. treaty bodies are succeeding in engineering changes in member-states’ laws.

Working closely with the U.N. bureaucrats are numerous progressive advocacy groups. For example, the Sexual Rights Initiative, an international coalition of national and regional activist organizations, has created a database where one can search recent Universal Periodic Review sessions of the Human Rights Council (HRC) for recommendations issued to states on sexual and reproductive health. A simple search for “abortion” yielded over 900 recommendations on the part of the HRC to member states.

When the Human Rights Council conducts its Universal Periodic Review of the U.S. next spring, you can be sure many of its members will be highly critical of pro-life and pro-family policies implemented by the Trump administration.

Many in the U.N. human rights bureaucracy consider the restrictions now placed on U.S. funding for organizations that promote or perform abortions to be anathema. Kate Gilmore, U.N. deputy high commissioner for human rights, made headlines when she compared U.S. abortion laws to torture and described laws that impose restrictions on abortion as being motivated by extremist hate.

By shaping the international human rights and legal framework, as well as the funding streams and policy priorities of international development efforts, the U.N. bureaucracy often works hand in glove with non-governmental organizations like abortion giants International Planned Parenthood Federation and Marie Stopes International, imposing and delivering abortion services around the world, even in places where the people don’t want it.

It is encouraging to see pro-life voices in the Trump administration boldly protect women and their unborn children, hopefully drowning out other government officials such as Kathryn Kaufman, the Overseas Private Investment Corporation's managing director of global women's issues.

Kaufman has misguidedly equated abortion rights with women’s empowerment, writing, "Women must have full sexual and reproductive health rights to have full control over their lives."

Abortion advocates insist that women and girls cannot be economically empowered without unfettered access to abortion  — which they often euphemize as health care.

The Pompeo-Azar letter is a timely reminder for our international allies and delegates that it is far better to respect the voices of member states and women around the world than to impose a progressive abortion agenda masquerading as health care.

Grace Melton is an associate for social issues at the United Nations in The Heritage Foundation’s Institute for Family, Community, and Opportunity.