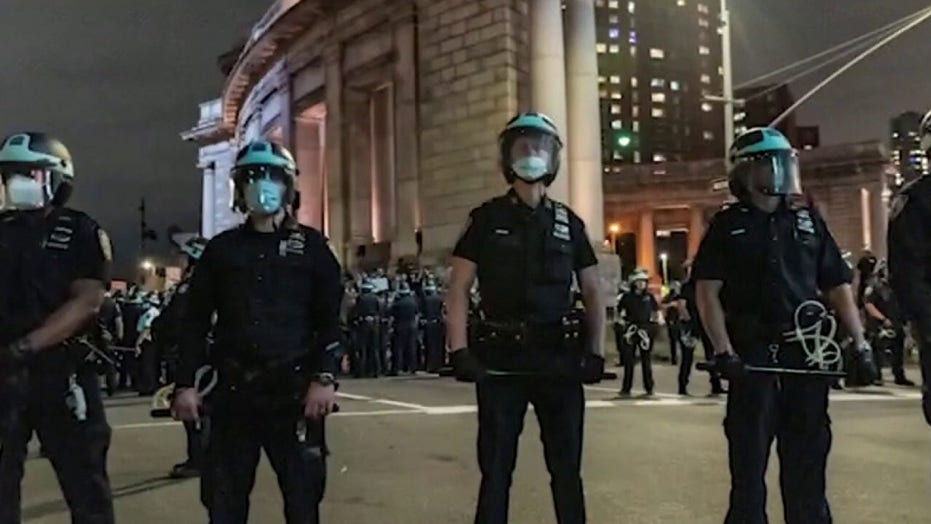 Democratic mayors, with a few exceptions, run America's biggest cities. These mayors have long promised to deliver police forces that look like the community they police. Some have succeeded.

But in the wake of widespread protests over the death of George Floyd while in police custody, one must ask whether officers' racial and ethnic "diversity" truly makes a difference in public perception of the police.

Diversity didn't make much difference in Baltimore in 2015 when it saw protests and riots after the death of black suspect Freddie Gray. At the time of Gray's death, the mayor was black, as were the top two officials running the police department. The Maryland state attorney, who filed charges against the six officer defendants, was black.

TAMMY BRUCE: DEMOCRATS EXPLOIT CITIES — THEY'VE RULED FOR DECADES BUT GUESS WHO THEY BLAME FOR PROBLEMS?

Of the six officers charged, three were black, as was the judge before whom two of the officers tried their cases. The majority in Baltimore's City Council was black, as was the U.S. attorney general and, of course, the president of the United States. This didn't stop accusations of police misconduct. It didn't stop rioting.

Or take Los Angeles, where some protesters, allegedly angry over the death of George Floyd, looted stores and torched police cars. Los Angeles has almost 4 million residents. The racial demographics, according to 2019 Census Bureau estimates, are as follows:

As of April 12, the LAPD had 10,013 sworn officers, with a racial and ethnic breakdown as follows:

From 1992 to 2002, the Los Angeles Police Department had back-to-back black police chiefs, the first one appointed by the city's first black mayor. That's right, during the O.J. Simpson case, the LAPD was led by Willie Williams, its first black chief.

In New York City, rioters looted stores in Manhattan and the other boroughs. How diverse and representative is the approximately 36,000-member New York City Police Department compared with the demographics of the city?

This does not exactly add to a plea to "defund the police." As rapper Tupac Shakur said in a 1994 interview, blacks living in the ghetto fear and oppose the same criminal "villain" element that police fear and oppose.

The racial "diversity" achieved by city police departments, as in New York City and Los Angeles, has not and will not stop charges of "institutional racism" as long as the true intent of many of the "reformers" is for black criminals to go unpunished.