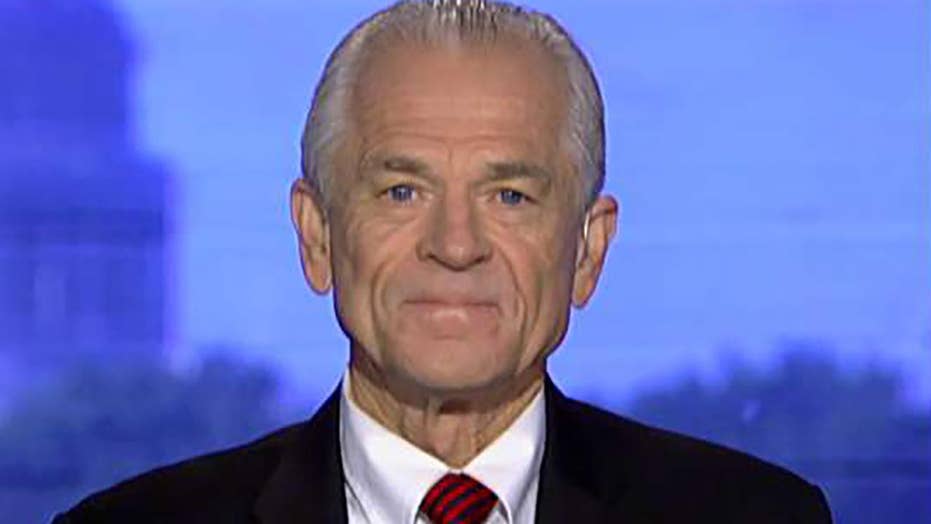 Candidate Donald J. Trump promised his administration would follow two simple rules: “Buy American and Hire American.” Monday, during the third annual Made in America Showcase at the White House, President Trump will sign the latest in a series of executive orders keeping that promise.

The Buy American Act requires federal agencies to procure domestic iron, steel, and other materials and products for federal projects like airports, roads, and bridges. That’s good policy for at least three reasons.

In addition, about 20 cents of every Buy American dollar tends to come back to the United States Treasury in the form of taxes paid by corporations and workers earning profits and wages on Buy American projects, and state and local governments benefitting from more sales tax revenues.

Perhaps most importantly, Buy American helps strengthen our manufacturing and defense industrial base in the interests of both economic and national security.

Last January, President Trump signed “Buy American II” -- Executive Order 13858. This order closes another costly loophole whereby, prior to this order, Buy American rules were often not applied to many forms of indirect federal government procurement that occurs through federal financial assistance to the states and other entities.

Going forward, under the rules of Buy American II, more than 30 federal agencies are now strongly encouraged to apply Buy American to loans, loan guarantees, cooperative agreements, insurance and interest subsidies, and other instruments.  When fully implemented, this order will potentially extend Buy American’s reach by tens of billions of dollars.

About 20 cents of every Buy American dollar tends to come back to the United States Treasury in the form of taxes paid by corporations and workers earning profits and wages on Buy American projects, and state and local governments benefitting from more sales tax revenues.

Monday, the president is adding a third pillar to his Buy American platform by directing the Federal Acquisition Regulatory Council to consider amending regulations that adopted the policies expressed in President Dwight D. Eisenhower’s Executive Order 10582.

In this landmark 1954 order, Eisenhower declared that a product is American-made if it is manufactured domestically and at least 50 percent of its value components by value are domestically sourced.

Two years later, Eisenhower authorized the greatest public works project in American history, the Interstate Highway System; and much of it would go on to be built with American materials because of his 1954 order.

With Monday’s signing of Buy American III, President Trump has moved towards increasing the Eisenhower domestic content threshold for American-made iron and steel from 50 percent to 95 percent.

I have seen firsthand across this great nation how stronger Buy American rules, coupled with other Trump actions such as steel and aluminum tariffs, corporate tax cuts to stimulate investment, reduced regulatory burdens, and robust workforce development programs, are driving a revival in United States steel production and a renaissance in American manufacturing.

For example, I have stood on the Duluth Ore Dock watching tons of iron ore arrive by rail from Minnesota’s Mesabi iron range, toured the good ship Edgar G. Speer that would take that ore to steel mills in places such as Wisconsin and Indiana, and visited once idle mills now operating at full capacity.

I have also seen this beautiful American steel serve as the basic building block of combat vehicles made in Lima, Ohio and Oshkosh, Wisconsin and ships built in Marinette, Wisconsin.

When I visit these facilities, my first thought is always this: It is simply common sense to spend American taxpayer dollars on American materials and American labor.

No one understands the power of Buy American, Hire American better than President Donald J. Trump.

So let us celebrate his latest Buy American action together – knowing full well that there will be more such actions to come for the men and women of America who work with their hands in the factories across this great nation – shining monuments of production that represent the engines of the American economy and the backbone of our defense industrial base.

Peter Navarro is assistant to the president for manufacturing and trade policy and director of the Office of Trade and Manufacturing Policy.