Mark Twain once mused that if you find yourself on the side of the majority, it is time to pause and reflect.

There will be no pause or reflection by the House Select Committee investigating the January 6th attack on the Capitol. That became abundantly plain as the hearings opened on Tuesday. House Speaker Nancy Pelosi won’t allow it. Her narrative of what happened that terrible day will be the only one permitted – all other facts be damned.

Pelosi’s Democratic Party is the majority in the House of Representatives, albeit narrowly.  As speaker, she rules like a tyrant. She abides no dissent, tolerates no differing opinion, and is contemptuous of the truth. Only her truth is indulged. Any contrary evidence will be suppressed or covered up. 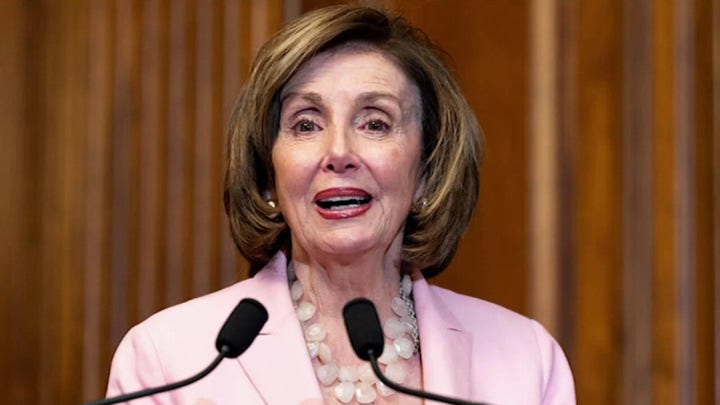 Pelosi has no interest in the full story of what actually happened on Jan. 6. She blames the great villain Donald Trump for everything and will countenance no other inquiry or outcome. You must believe her or else.

For Pelosi, it is not enough that the rioters who committed crimes are being prosecuted. Nor that Trump was impeached (and acquitted) after he left office. No, Pelosi demands more. Under threat of losing the majority in the midterm elections next year, she engineered a purely biased committee to do her bidding. Its conclusions are pre-ordained, likely written by Pelosi herself. 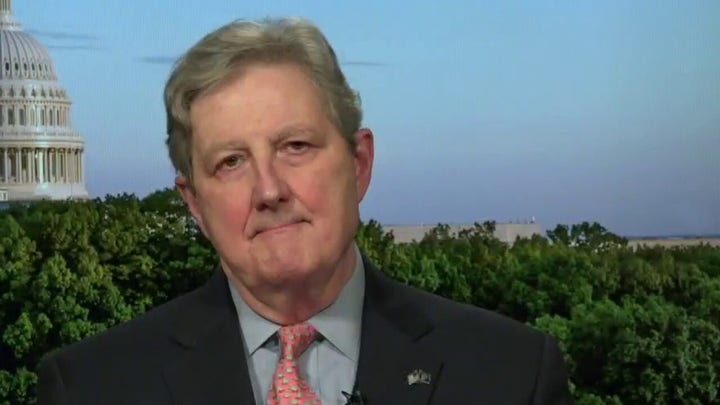 Ruthless Nancy is nothing if not obvious in her motives. With her stranglehold on power in serious jeopardy, she is determined to keep battering Trump as her party’s political piñata, hoping that votes will drop out like candies. But her more pressing objective is to deflect responsibility for her own suspected malfeasance.

MIRANDA DEVINE: WHY NANCY PELOSI'S DAYS AS SPEAKER OF THE HOUSE ARE NUMBERED

A fair, objective, and truth-seeking committee would surely investigate why our nation’s Capitol was significantly unprotected on Jan. 6, notwithstanding advance intelligence warnings from the FBI, Department of Homeland Security and the Capitol Police itself that events could spiral out of control with violence. As speaker of the House, Pelosi plays a vital role in overseeing the Capitol Police and is partially responsible for maintaining adequate security.

A comprehensive review by the Capitol Police’s inspector general found that officers were hindered by poor leadership decisions and deficiencies in equipment, leaving them ill-prepared to respond to protestors who breached barricades and invaded the Capitol building. Law enforcement was also undermanned and easily overwhelmed. The scathing 104-page report reveals that police were specifically forewarned, "Congress itself is the target on the 6th." 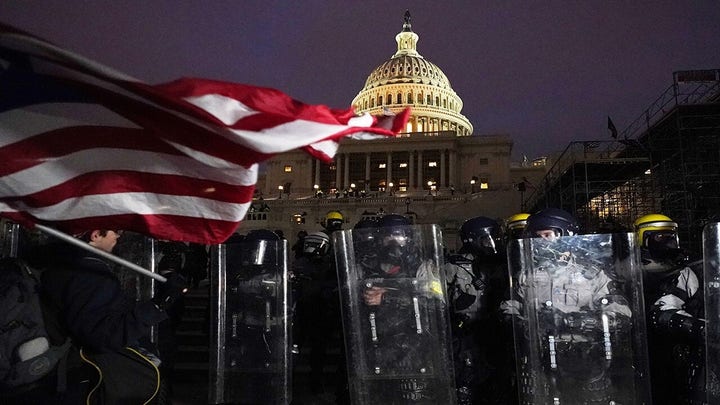 It is both natural and logical to ask, where was Pelosi in all of this? Was she aware of the alarming threat assessments that painted a dire picture of rampant violence without a substantial back-up force from the D.C. Metropolitan Police and/or the National Guard? Even worse, did she ignore the threat analysis and actively discourage a larger protection force?

Who initiated the order for officers not to employ more aggressive tactics to hold off the mob? For example, Capitol Police officer Aquilino Gonell gave terrifying testimony on Tuesday. He was beaten more than once and thought he would die. "We fought hand to hand, inch by inch," he told the committee.

As the leader of the House, Pelosi is not blameless. The intelligence breakdowns and dysfunction within the Capitol security system point to an embarrassing failure of leadership. Yet, she has worked sedulously to avoid any inconvenient questions bearing on her own responsibility. The prospect of being called as a witness to answer for her own conduct must have given her night terrors.

This is precisely why Pelosi rejected a truly bipartisan committee and stacked the panel with inveterate Trump-haters. This was on full display during the opening session as the speaker’s sycophants condemned Trump and conspicuously avoided any line of inquiry that might tarnish their boss. Chairman Bennie Thompson, D-Miss., made it perfectly clear that his committee would never go there.

The inspector general has all but begged Congress to investigate the abysmal security failures, but Pelosi won’t stand for it. Perhaps she fears that her own incompetence (or malevolence) might be exposed for all to see. This would inevitably diminish her underlying desire to exploit the tragic events of Jan. 6 as a political cudgel against Republicans in the 2022 elections.

I suspect most Americans will see through Pelosi’s charade. There are vast swaths of information surrounding the terrible events of Jan. 6 that will never be examined thanks to her leadership.

I would encourage all Americans to channel their inner Mark Twain to pause and reflect on that.