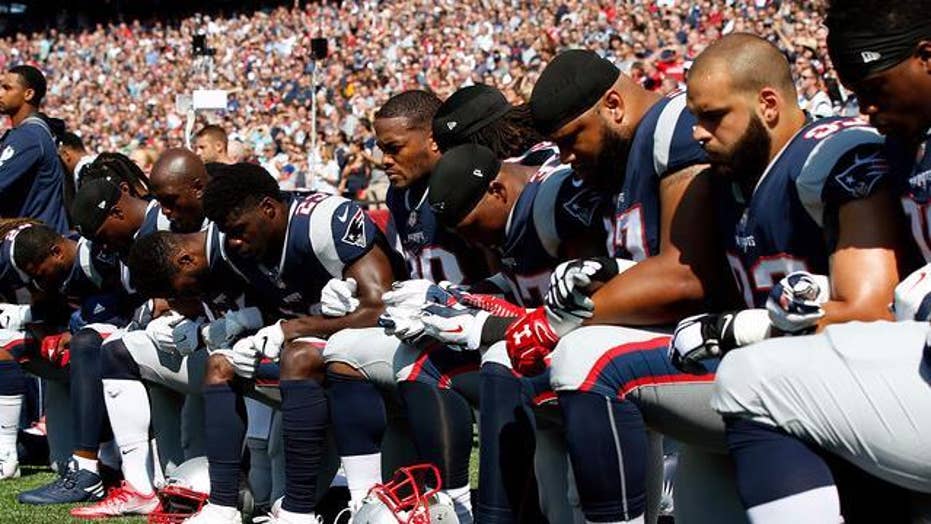 Fox Poll: Positive views of NFL down 18 points since 2013

If you just found out there’s an Official Pizza of the NFL, then you’re too late. Papa John’s, which held that unique title, lost too much money as a result of player protests during the national anthem.

As a result, founder and big cheese John Schnatter sacked the NFL’s "poor leadership" and said “the NFL has hurt us.'” He took his popular pizzas and his saucy attitude and went home, pulling his ads associated with the NFL for now.

Schnatter lost $70 million, which Forbes described as “Papa John Loses Dough,” after his company’s stock took a dive over bad sales numbers this week. The CEO refused to take a knee (take a knead?) and instead blamed the NFL anthem protests. Schnatter blasted NFL leadership for letting the protests continue and for “not resolving the current debacle.”

Debacle was being kind. It better describes the Cleveland Browns, who are merely winless (0-8 but who’s counting?). Unmitigated disaster might be more accurate. The NFL has lost fan support, jeopardized advertisers and spent the season getting blitzed by the media.

Papa John’s and Schnatter were both roasted when he dared to speak out. The left-wing site The Root said: “Papa John’s Sheds White Tears Over Lagging Pizza Sales, Blames NFL Protests.”

Formerly suspended ESPN SportsCenter host Jemele Hill mocked Schnatter on Twitter, writing: “Sorry racial injustice couldn’t be ended as easily as adding an extra topping and a side of ranch.”

SI served up even more conspiracy in the piece, noting: “Jones, according to Pro Football Talk, is a significant Papa John's franchise owner with more than 100 stores as of 2014.”

Pizza Hut has even responded, claiming that its sales have not been impacted. Business Insider did note that there is a difference between pizzas and pizza chains. “Papa John's is the official pizza of the NFL. According to executives, that means when people have negative perceptions of the league, this negativity carries over to the pizza chain.”

This is the 2017 version of the Cola Wars – only more woke. No word yet whether Pizza Hut has tried to sign unemployed quarterback Colin Kaepernick as a spokesman. He does have a lot of spare time.