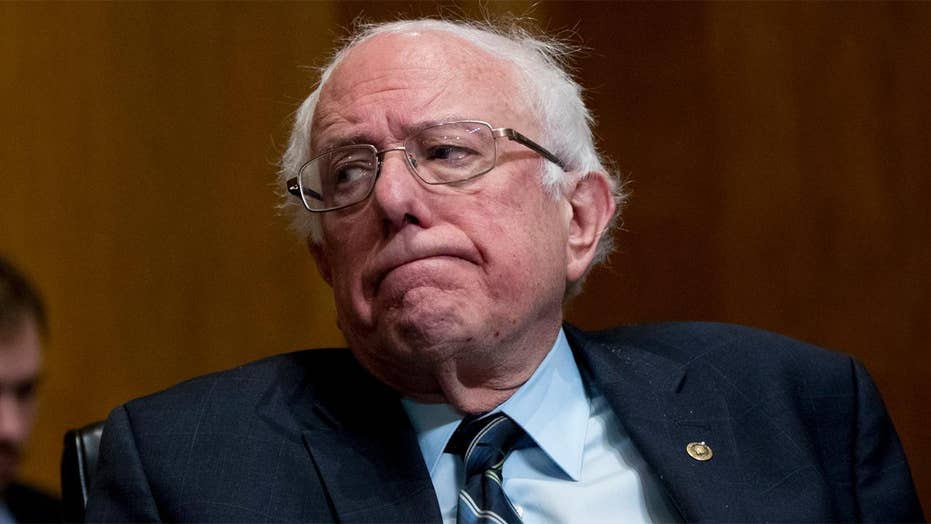 What are Bernie Sanders' chances of becoming the 2020 Democratic nominee?

In 2016, Sen. Bernie Sanders’ unlikely quest for the Democratic presidential nomination electrified the nation. He was anti-establishment, nothing like your typical candidate and promised dramatic change.

Donald Trump could be described in the same way in the Republican Party. But while he went on to become president, Sanders lost the Democratic nomination to Hillary Clinton.

The independent senator from Vermont announced Tuesday that he’d give it another try, this time with the hope of facing off against Trump in 2020.

But will the sparks fly for Sanders again next year? Or will voters say “enough is enough,” to use one of Sanders’ favorite phrases?

Sanders’ candidacy could turn out to be a big flop in a large and highly diverse field of candidates seeking to become the Democratic standard-bearer.

The self-described democratic socialist had a corner on the far-left end of the Democratic Party in 2016, leading not just a campaign but an attempted revolution. He advanced what were then radical ideas that many Americans – particularly young voters – seemed hungry for. 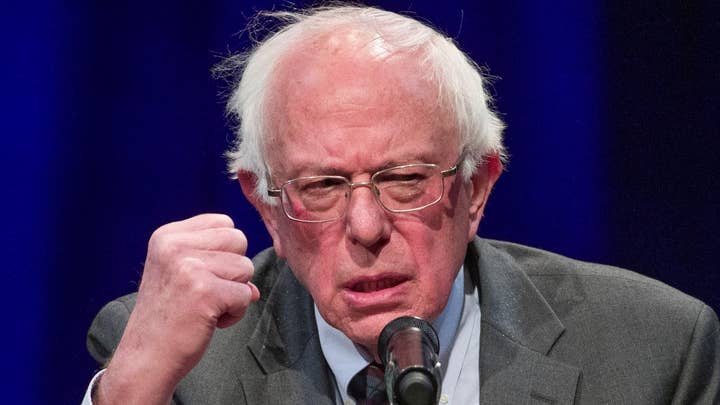 But Sanders faces a far different electoral landscape this time around. The field of candidates is much larger and still growing, and there are several leftist Democrats who have thrown their hats into the ring.

The far-left Democrats include Sens. Elizabeth Warren of Massachusetts, Kamala Harris of California and Corey Booker of New Jersey. They don’t go as far as Sanders and don’t call themselves socialists, but they’re certainly progressives.

Sanders pioneered the fight for “Medicare-for-all” and a $15-an-hour minimum wage. However, now those ideas are no longer radical – they’re embraced by most Democrats running for president. Primary voters don’t need to cast ballots for Sanders to support these and other progressive goals.

And with so many candidates running, Sanders may not be able to assemble the staff and volunteers he wants, as other candidates draw their support. Some Democratic activists who liked what Sanders fought for in 2016 may want another progressive to continue the fight in this election cycle.

Many Democrats want a younger candidate. Sanders is now 77 – older than the 72-year-old Trump and older than all his announced and likely Democratic opponents. Sen. Sherrod Brown of Ohio, viewed as a true progressive, is a comparatively young 66.

When you look at the size of Sanders’ crowds in 2016, there is no arguing that he had developed a cult-like following, much like we saw in Texas during the midterms when Democratic Senate candidate Beto O’Rourke would speak. O’Rourke is another person who might add his name to the list of Dems running in 2020.

In addition to sharing his base with other progressive candidates, Sanders has still another problem. In 2016 he didn’t do well with black voters and older Democrats. A Gallup report shows these voters are two of the most conservative groups within the Democratic Party. There are no signs he’s picked up more support from these groups.

And polls show that the enthusiasm for Sanders has waned. In 2016 he nearly defeated Hillary Clinton in Iowa, capturing just over 49 percent of the vote. Currently his standing in Iowa is well below that.

On top of this, let’s not forget that the Democratic Party likes to tout its diversity. Just look at the midterm elections and the new composition of the House. Can an old white guy lead Democrats to victory and make another old white guy a one-term president? And do the Democrats want him to?

Sanders and Democrats need to learn from their mistakes. They must be a unified party in support of whichever candidate is on the Democratic ticket in 2020.

In 2016 when Sanders lost the Democratic nomination to Hillary Clinton he pouted and many of his supporters stayed home. In sharp contrast, when Clinton lost to Barack Obama in 2008 she supported him and encouraged her base to do the same. Her supporters did and Obama won.

There’s a danger that if Sanders loses the Democratic nomination and doesn’t support the nominee, his “Bernie or bust” folks might stay home again. That could keep Donald Trump in the White House for another four years.

And let’s not forget that 12 percent of Sanders’ supporters were so angry he didn’t get the nomination that they voted for Trump. If that happens again it would be a dream come true for the president.

In the final analysis, Bernie Sanders simply doesn’t have the energy and momentum he had in 2016. Beating Trump will require more than an endorsement from Rep. Alexandria Ocasio-Cortez of New York. It will require Sanders to appeal to more than just Democrats on the left.

To become president, Sanders will need to draw support not just from the left but will have to appeal to the moderate centrist Democrats, independents and even some Republicans who are fed up with President Trump.

Sanders just doesn’t have has the electric appeal today that he did in 2016. And he couldn’t even win the nomination, let alone the general election, then.

While he has plenty of name recognition, Sanders will have a tough time trying to win the Democratic nomination next year and would have an even tougher time replacing Trump in the Oval Office.