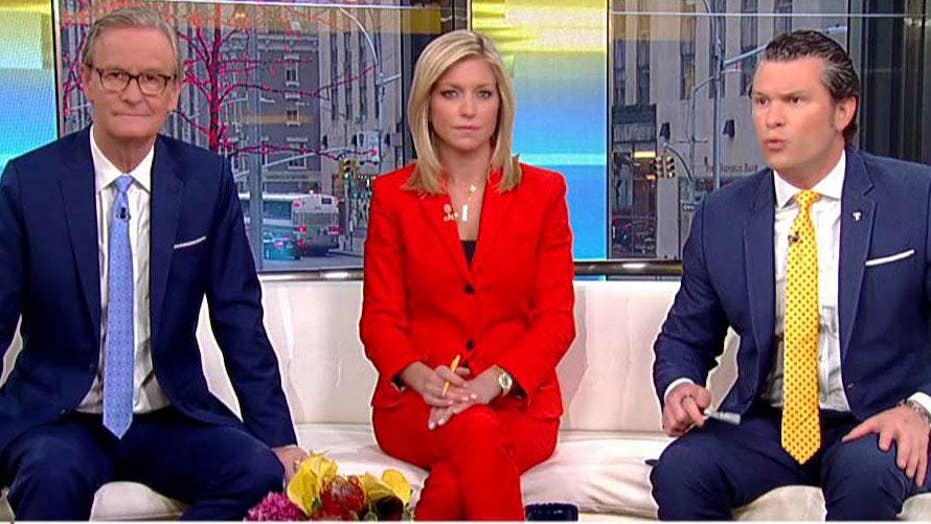 The Democrat lawmaker denies a FEC complaint that her chief of staff funneled nearly $1 million in campaign cash to his own firm.

An investigation is needed to determine if socialist Rep. Alexandria Ocasio-Cortez, the media magnet on the far-left fringe of the Democratic Party, has broken federal campaign finance laws. If convicted of criminal conduct, she could get up to five years in prison for each violation.

We don’t know at this point if the New York congresswoman has engaged in improper conduct. But she and her chief of staff and former campaign manager Saikat Chakrabarti are accused of serious charges in a complaint filed with the Federal Election Commission (FEC) by the National Legal and Policy Center.

The accusations against Ocasio-Cortez are ironic because she has criticized the use of untraceable money in political campaigns and portrayed herself as a champion of campaign finance reform. Her Twitter biography says she is “100% people funded, no corporate PAC $.”

In addition, Ocasio-Cortez is a big supporter of HR 1, a bill with numerous new campaign finance law requirements that would severely restrict and burden political activity and speech.

And when Ocasio-Cortez questioned President Trump’s former attorney Michael Cohen about the president’s tax returns and his business dealings when Cohen testified before a House committee last month, her questions were so thorough and detailed that Vanity Fair headlined a story: “A.O.C. AND COHEN TEAM UP TO GIVE TRUMP A FINANCIAL COLONOSCOPY HE’LL NEVER FORGET.”

Is the New York congresswoman – who claims to be an honest and upstanding crusader for good government and transparency – really a hypocrite who improperly hid her own campaign spending in a complex maze of fundraising groups?

But apparently what’s good for the gander isn’t good for the goose in terms of public disclosure, as far as Ocasio-Cortez is concerned.

Is the New York congresswoman – who claims to be an honest and upstanding crusader for good government and transparency – really a hypocrite who improperly hid her own campaign spending in a complex maze of fundraising groups?

The National Legal Policy Center complaint is complicated. It alleges that Ocasio-Cortez and Chakrabarti legally controlled a political action committee called Justice Democrats PAC when Ocasio-Cortez was a candidate in the Democratic primary for the House seat she now holds.

At the same time, Ocasio-Cortez headed up her own separate campaign committee managed by Chakrabarti.

The Justice Democrats PAC – controlled by Ocasio-Cortez and Chakrabarti – was supporting the election of about a dozen Democratic candidates, including Ocasio-Cortez.

Now here’s where it gets even more confusing – and strange, if Ocasio-Cortez wasn’t trying to hide anything.

According to the FEC complaint, Ocasio-Cortez’s campaign committee paid almost $20,000 to Brand New Congress LLC for “strategic consulting” during the 2018 election campaign.

So what’s the significance of all this shifting of money from one group to another? It doesn’t make sense to argue this was done in the name of transparency and public disclosure.

The complaint by the National Legal and Policy Center claims that the organizations that Ocasio-Cortez and/or Chakrabarti controlled paid Chakrabarti’s shell organizations almost $900,000 for “strategic consulting.”

Brand New Congress LLC, which was the recipient of the $900,000 for “strategic consulting,” “employed all of the staffers working for federal campaigns” according to the FEC complaint.

Chakrabarti himself said in an MSNBC interview that Brand New Congress LLC created the “campaign infrastructure and fundraising” operations for the candidates – including Ocasio-Cortez.

If these allegations are true, there are numerous problems.

First, the campaign committee of Ocasio-Cortez and her political action committee, Justice Democrats PAC, may have violated federal reporting requirements.

Simply listing “strategic consulting” for almost $900,000 in disbursements to an organization that admits it was doing all of the administrative work of the campaign – including fundraising, campaign advertisements, organizing rallies and speaking events, and handling volunteers – certainly does not meet this requirement.

In fact, it looks like the campaign was using the PACs and the LLC to avoid disclosing the actual spending and work being done for Ocasio-Cortez’s campaign.

Moreover, if it is true that Ocasio-Cortez and/or her campaign manager controlled Justice Democrats PAC and Brand New Congress PAC, they would be considered “affiliated” organizations to her campaign organization.

Since the PACs were handing out money to the LLC to work on her campaign, the PACs and the campaign committee would be treated as the same organization by the FEC under federal law.

That means that the limit on a campaign contribution to a federal candidate ($2,700 in the 2018 election cycle) would apply to all three organizations.

Finally, if Brand New Congress LLC was set up to create the “campaign infrastructure and fundraising” operations for the candidates, as Chakrabarti said, then his LLC may have been making undisclosed in-kind contributions to all of these campaigns – unless the campaigns were actually paying the fair market value of the services.

These are serious allegations. As election attorney (and former FEC lawyer) Michael Bayes told me: “This is certainly an unusual arrangement, and there are lots of opportunities for violations. From funneling hundreds of thousands of dollars in campaign spending through LLCs, to running separate PACs to support her own campaign, this sounds like something the FEC should look into.”

Charles Spies, a lawyer and campaign finance law expert, told The Daily Caller that if a “campaign and PAC are under common control and the PAC was funding campaign staff and activities as an alter-ego of the campaign committee,” that would be “blatant” abuse of the rule governing PACs.

Former FEC chairman Brad Smith said the facts that have been revealed should “trigger a serious investigation.”

Civil violations of federal campaign law are enforced by the FEC with civil penalties. It takes four votes on the six-member commission to authorize opening an investigation.

That shouldn’t happen, given all the evidence of possible violations of the law that has already been made public.

Criminal violations of federal campaign finance law, on the other hand, are enforced by the Public Integrity Section of the Criminal Division of the U.S. Justice Department.

Civil violations often involve inadvertent or unintentional violations of the law. Criminal violations occur when someone “intentionally and willfully” violates federal campaign finance law (52 U.S.C. § 30109 (d)). Conviction of these charges carries a prison sentence of up to five years for each violation.

There seems to be enough evidence here to justify opening a criminal investigation. As the Washington Examiner reported, Chakrabarti appeared to be operating a “slush fund.” Campaign finance attorneys called this arrangement “really weird.”

The complaint to the FEC says Ocasio-Cortez and her chief of staff “orchestrated an extensive off-the-books operation to make hundreds of thousands of dollars of expenditures in support of multiple candidates for federal office.”

We don’t know what further investigation will find. But it is clear an investigation is needed to determine if Ocasio-Cortez and Chakrabarti broke the law.