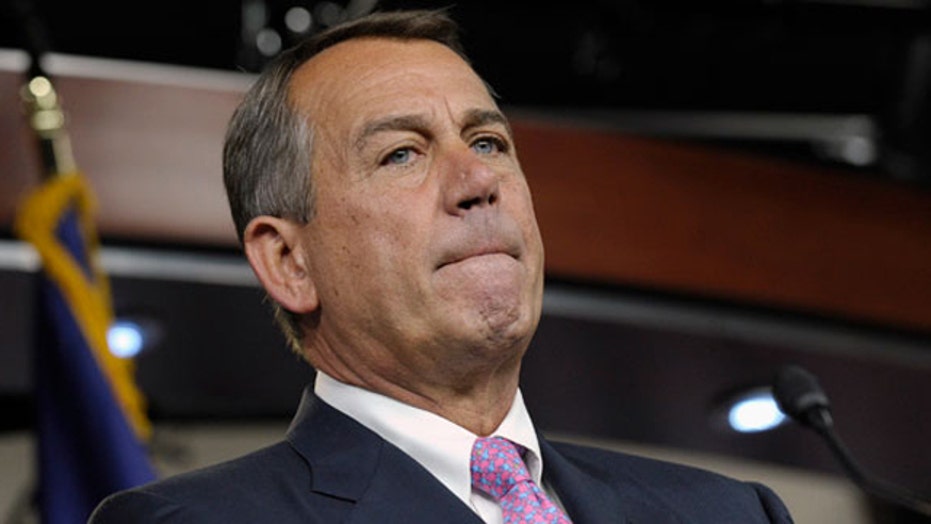 Israeli Prime Minister Benjamin Netanyahu has been invited by House Speaker John Boehner to address a joint session of Congress. It will be an occasion for Netanyahu to deliver his views on the nuclear deal with Iran that the White House and its European partners are attempting to craft. It is a deal Netanyahu does not like or trust.

Unlike the American president, Bibi can’t afford to simply hope for the best. For almost two decades he has been obsessed with what could happen to his country if the ayatollahs get their hands on the strategic weapons to carry out their deranged Final Solution.

President Obama wants the speech canceled. He has made it clear that he won’t meet with Netanyahu. His senior officials are telling journalists, off the record, that a speech by Bibi could wreck Israeli-American relations, leave the Jewish state friendless and veto-less at the U.N. and unprotected from the aggression of the ayatollahs in Tehran.

Unlike the American president, Bibi can’t afford to simply hope for the best. For almost two decades he has been obsessed with what could happen to his country if the ayatollahs get their hands on the strategic weapons to carry out their deranged Final Solution.

House Minority Leader Nancy Pelosi supports Obama on this. So does Senate Minority Leader Harry Reid. There is a petition now circulating among Democrats in Congress that calls on Bibi to be polite and stay away. So far there aren't many signatures, but every Democratic lawmaker will come under pressure to sign.

There is also pressure on American Jewish leaders across the country, the great majority of whom are Democrats. It comes in the form of a not-too-subtle suggestion of loyalty. Whom do you support — the president of the United States and the leader of our party, or an obstreperous, Republican-leaning foreign prime minister?

Back in Israel, Netanyahu’s political enemies, who are allies of Obama on this and most other issues, are demanding that the prime minister listen to the Democrats. The speech, they note irately, is scheduled to take place in March, just two weeks before the Israeli election. Netanyahu is running on his national defense credentials, and a strong performance in Washington interrupted by multiple standing ovations from enthusiastic Republicans (and at least some Democrats) would be a Bibi campaign rally. The opposition charges the prime minister with putting his election above Israel’s long-term interest by undermining bipartisan support in the U.S.

Far be it from me to doubt the cynicism and self-interest of any politician, especially in an election year. Bibi knows when the election is. Nor do I suppose Speaker Boehner is innocent of partisan intentions. Inviting Netanyahu is a very slick way to demonstrate the Republican congressional majority’s new clout in foreign affairs, and to cause an embarrassing split in Democratic ranks.

President Obama, it is well known, doesn't like Netanyahu (and vice versa). But his snub of the Israeli prime minister isn't personal, and it is not a matter of electoral politics (although Obama is doing what he can to help Bibi’s rivals). For the president, two years from his next career, this is an issue of legacy.

Obama came to office swearing he would not allow Iran to get nuclear weapons. Perhaps he once believed himself, but he is now an older and wiser man. He has discovered that the Iranians have no intention of ending their nuclear program.

What the ayatollahs are prepared to do is give Obama a face-saving deal. The offer: The U.S. and its allies reduce and gradually end the economic sanctions that have brought Iran to the table in the first place. In return, Iran will agree to freezing — not dismantling — its nuclear program. So-called inspection arrangements are porous at best. If Tehran wants to cheat (as North Korea did on a similar deal), it can. And if it can, it will. If and when it decides to abrogate the arrangement, it is free to do so. At that point Iran will be a year or less away from having The Bomb.

This may be OK with President Obama, but it is not good enough for Prime Minister Netanyahu. Unlike the American president, Bibi can’t afford to simply hope for the best. For almost two decades he has been obsessed with what could happen to his country if the ayatollahs get their hands on the strategic weapons to carry out their deranged Final Solution.

The Obama administration plans to unveil its proposed agreement with Iran in late March. Netanyahu wants to convince Congress to derail the plan by voting for increased sanctions. Boehner wants that, too, and he has given Bibi a megaphone and the opportunity to use it to shout “Fire!” in a crowded chamber.

Perhaps it is a tactical mistake to anger the Obama administration. Certainly it will cause a temporary chill in relations. But for Benjamin Netanyahu, this isn't a tactical issue, nor is it an electoral one. It is a matter of deep conviction. If he can help block the deal, whatever it costs in administration goodwill is worth the price.

And if he fails, at least it will be a moment of clarity. If the United States is not going to help prevent a nuclear threat from Iran, it’s better to know that right now, while there is still time to make other plans.