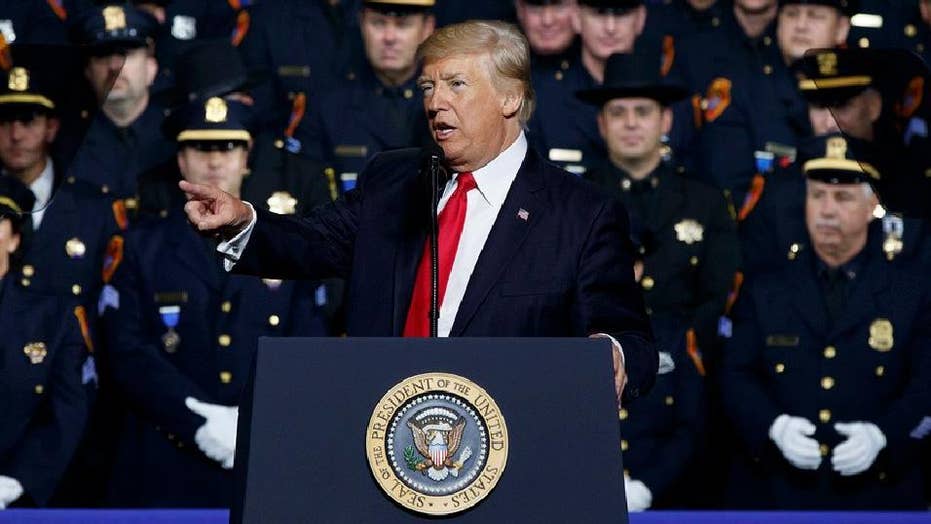 Trump’s support for law enforcement could be saving lives

Would you believe that during his first year as commander in chief, President Trump hosted 43 world leaders at the White House. In total, he engaged or met with 149 world leaders in 2017. In 183 calls, the president spoke with leaders from 51 countries. Not exactly the lack of connectivity his critics expected a year ago.

When Trump won the election, his critics expressed great concern about his apparent lack of preparation and experience in foreign policy and national security.

Even Republicans in the foreign policy and national security establishment were deeply opposed to the Trump presidency because they believed he lacked sufficient knowledge to lead.

As I pointed out in my #1 New York Times best seller “Understanding Trump,” it is easy to underestimate the speed at which Trump learns. He listens constantly (I tell folks he always listens, but he doesn't always obey). He is endlessly curious about virtually everything. He built a worldwide corporate system, which includes hotels, office buildings, golf courses, books, wine, and a successful reality show. That took constant curiosity as he stretched again and again beyond the real estate skills his father taught him back in Queens.

It is easy to underestimate the speed at which Trump learns. He listens constantly (I tell folks he always listens, but he doesn't always obey).

One of the keys to the Trump learning system is his intuition about personnel. He has hired a lot of people in his life, and he has a pretty good instinct for defining what he needs. For his national security team, he brought in Marine four-star General James Mattis to be Secretary of Defense, Army three-star Lieutenant General H. R. McMaster to be National Security Adviser, and Marine four-star General John Kelly to be Secretary of Homeland Security. Kelly proved so effective, the president brought him in to be White House Chief of Staff. It would be hard to suggest that Trump has lacked competent professional military advice.

That may also explain why after years of the Obama team's failure to defeat ISIS, the new Trump team calmly and professionally destroyed its territorial base in less than a year. In fact, the Trump team was so efficient and competent, the victory has been virtually unnoticed in the anti-Trump elite media.

According to the Daily Caller, “ISIS retains historically low numbers of fighters, controls little territory and has lost much of its command and control facilities in Iraq and Syria. The vast majority of the military progress against the group occurred in 2017.”

Part of his success has been due to Trump’s ability and willingness to listen to leaders who host him when he travels. During the Arab Islamic American Summit in Riyadh, Saudi Arabia, not only did the king of Saudi Arabia meet Trump at the airport, but he was at his side any time Trump was in public during his stay. The amount of time in which they had to compare notes and discuss Iran, terrorism, and Israel was significant and historic.

At the State Department, Trump wanted a major leader as Secretary of State, and as the CEO of ExxonMobil, Rex Tillerson seemed the central casting vision of a global leader. He had routinely made billion-dollar deals, and he was comfortable and experienced in dealing with world leaders. In the first six months of the new administration, Tillerson played an important role in calming fears until people around the world got to know Trump.

When the president made his controversial decision to move the Israeli embassy to Jerusalem, he had been talking with every major American ally in the region for weeks. No one was surprised, and their approving reactions have been muted by the elite media.

Trump's growth as a foreign policy and national security leader is something which deserves major acknowledgment in every year-end review of 2017. Donald Trump is not the president his critics feared. He is adroitly learning the trade of presidential leadership at a rapid pace.

P.S. On Wednesday, I wrote about how dishonest the media has been about Trump’s achievements. On Thursday, I found more confirmation. The elite media has written endlessly about the president’s supposedly low approval ratings, yet a recent Rasmussen poll shows that Trump’s approval rating was nearly identical to Obama’s on December 28, 2009.