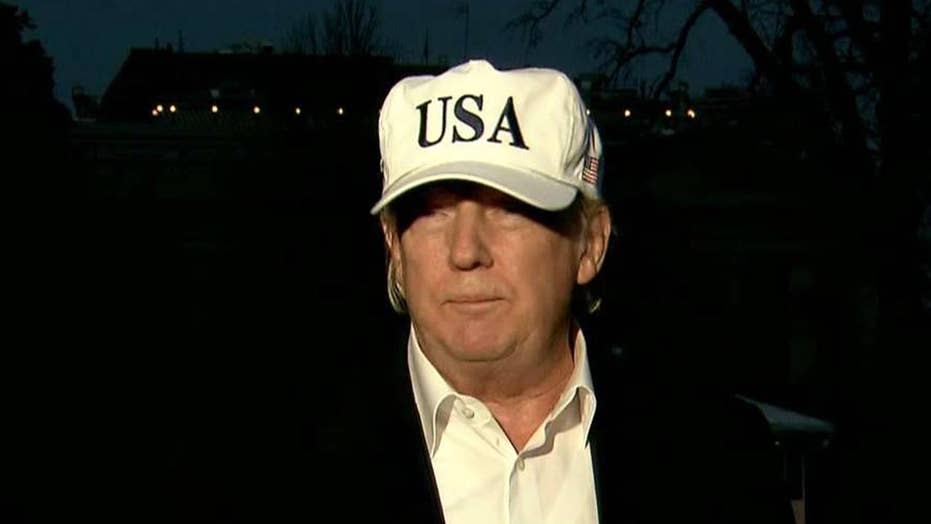 Trump speaks to reporters after return from Camp David

The president takes questions from the press.

President Trump's speech Monday on national security will be in the great tradition of Presidents Truman and Reagan.

There have been two great strategic systems articulated successfully since World War II.

The first was President Truman's public campaign to convince Congress and the American people that the U.S. needed to contain the Soviet Union. Truman’s effort was supporting implementation of the strategy laid out in National Security Council Report 68, a top-secret policy paper written in 1950 that set the framework for 30 years of the Cold War.

President Reagan, in a series of speeches and strategic initiatives, set as his goal defeating the Soviet Union and expanding freedom. Within 11 years of his election, the Soviet Union disappeared.

In the period of American dominance after the fall of the Soviet Union, President George H. W. Bush suggested we were developing "a new world order," and Francis Fukuyama, in his book The End of History and the Last Man, argued that liberal democracy had won and was the inevitable wave of the future. It turned out that Robert D. Kaplan's The Coming Anarchy was more prescient.

Four presidencies – Bush, Clinton, Bush, and Obama – built their strategic efforts around a system of global multilateralism defined by lawyers, diplomats, and elite media. The gap between their idealistic vision and reality has been staggering. Disasters in Venezuela, Libya, Crimea, Syria, and elsewhere have demonstrated the collapse of the "New World Order" fantasy.

The Trump campaign focused on these foreign policy failures as a major component of its appeal to millions of Americans. Candidate Trump’s critique was sincere, and President Trump has now moved to replace the failed doctrine of the past.

Then, once it is available to the public, Americans should read the new National Security Strategy Report, which is the foundation of the President’s speech. President Trump has directed his national security team for eight months as they thought through the new realities and the strategic changes required to keep America safe.

This speech is the first step toward this new strategy.