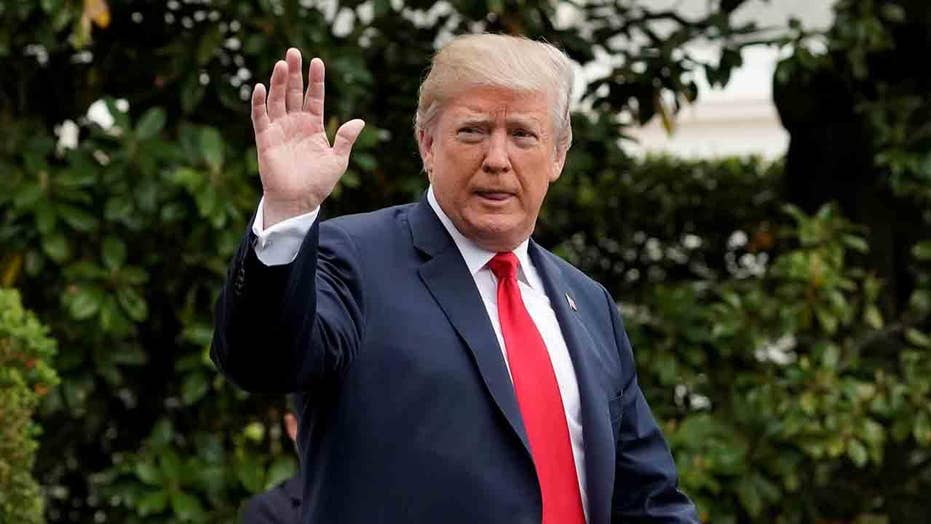 As you watch the 2018 campaign being analyzed by pundits on TV, in newspapers, and in blogs, just remember how wrong they all were in 2016.

They were wrong about candidate Donald J. Trump all through the primaries.

They were wrong about the impact of the Republican and Democratic conventions.

They were wrong throughout the fall campaign – and they kept telling us why each new headline signified the end of Trump’s candidacy.

Finally, they were wrong on Election Day, up until the actual results gave them no alternative but to accept the reality that Trump had won as a total outsider and defeated the ultimate insider – a former first lady, U.S. senator, and secretary of state.

Since then, the national media have remained ignorant of political realities. Their thinking is clouded by their hostility to the Trump presidency, their incestuous and incessant gossip about what they define as important, and their isolation from the Americans who voted for and continue to support President Trump.

At the end of last year, the elites told us there was going to be a blue wave in 2018 and that the GOP could lose the House and might lose the Senate.

Democrats unanimously voted against the tax bill. As the economy improves, they look more and more like the party of food stamps, welfare, and higher taxes.

Now, we are seeing the blue wave may be shrinking to a blue ripple. The generic congressional ballot has tightened, and the leads Democrats averaged in the December polls have been cut nearly in half. One national expert told me last week that if the election were held now, the GOP would keep control. His research indicated the GOP was leading the generic ballot in seven of the 12 Senate races.

As the benefits of the Republican tax cuts, deregulation, and growing business and consumer confidence have taken effect, approval of President Trump and support for Republicans has grown. When combined with the president’s successes in both foreign policy and trade, Americans have significantly increased their support for his presidency and agenda.

With African American unemployment at a historic low, Trump’s approval among black men jumped from 11 percent to 22 percent in the last week of April. While 22 percent is still a minority, it is a huge improvement over traditional Republican support in the black community. As the facts and the conversation continue, do not be shocked if President Trump’s reputation as the “jobs President” drives his support among African Americans significantly higher.

A lot has been made of Republican House retirements (43 at this time) but ironically, as a percentage, the Senate has a higher retirement rate among Republicans this election. Three out of eight (or 37.5 percent of) Republican senators in seats up for re-election are retiring. In fact, 88 of the 235 current GOP House members would have to retire to meet the Senate GOP percentage. At the same time, the huge number of vulnerable Senate Democrats (10) means they are also in worse shape than House Democrats (who have three leaders with a combined age of 233 years –-78-78-77).

Democrats unanimously voted against the tax bill. As the economy improves, they look more and more like the party of food stamps, welfare, and higher taxes. Furthermore, as Hillary Clinton describes a substantial part of her party’s base as socialist, it is important to remember the Venezuelan nightmare of deprivation, the Cuban economic decay, and the deterioration of the British government-run health system are all creating a burden for advocates of socialism.

Other Democratic House members have launched what is essentially an atheist caucus, which will further marginalize their party. As Democrats become increasingly anti-gun, anti-male, anti-white, anti-Christian, and anti-work, it gets increasingly harder for them to build a majority.

The hostility of the left is so extreme that it pushes people away. After the vicious attack on White House Press Secretary Sarah Huckabee Sanders at the White House Correspondents’ Association Dinner, a friend of mine commented “they are becoming the movement of hate and the party of hate.”

In California, the Democrats have passed a $0.12 gas tax increase even though they have a budget surplus. They also declared the entire state a “sanctuary state,” starting an open rebellion by a number of counties and cities. The California Democrats may be on the edge of rebuilding the state GOP through their extremism.

There are also signs of unique local Republican strengths.

Barry Casselman, a shrewd observer of midwestern politics, has been writing for months that Minnesota is becoming competitive and former Governor Tim Pawlenty’s decision to run for his old office may create a Republican wave in the state. You can follow Casselman’s analysis here.

Under President Obama, the Democrats lost over 1,000 state and federal posts, which included congressional and state legislative seats, in addition to governorships, and of course, the presidency. That has dramatically weakened the Democratic base at the state and district levels and given Republican incumbents advantages for re-election.

This may be an amazingly volatile year.

No one knows how North Korea, Iran, or Syria will work out.

No one knows if the economy will continue to set records.

No one knows if the deep state legal assault on President Trump will end with a bang or a whimper.

Just remember this: None of the confident “experts” know either.

My sense is that Republicans will gain four to six seats in the Senate, keep control of the House, and continue to pick up governorships. This is only a guess, but one that could very much turn into a reality.