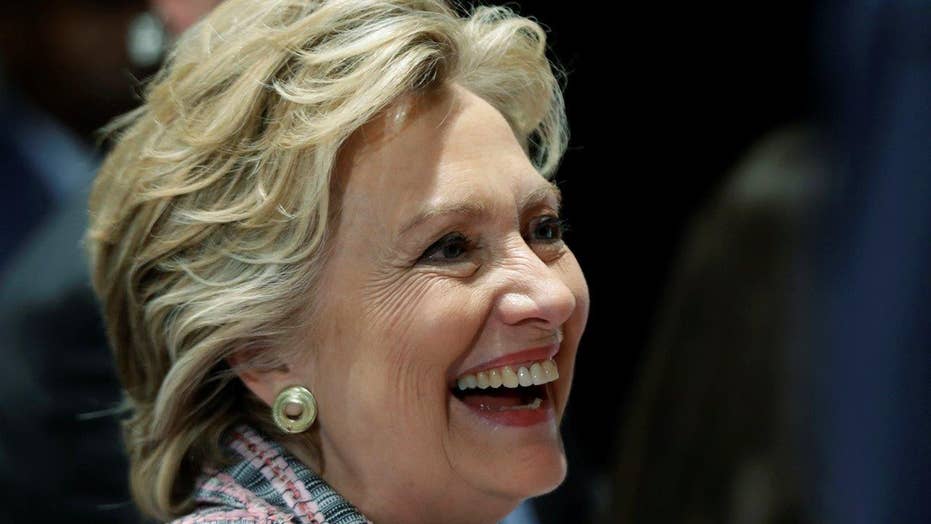 The final minutes of the first presidential debate last Monday night were marked by a startling shift to a 20-year-old story as Hillary Clinton ambushed Donald Trump with an accusation designed to make him unacceptable to women.

Despite Lester Holt's efforts to help her, Clinton had lost the early parts of the debate on big issues--jobs, trade, taxes, law and order, etc.

She had regained ground with a series of one-sided questions by Holt about birther issues, releasing tax returns, and other similar issues.

Oddly, Holt did not ask Clinton any comparable questions about Benghazi, her emails, the Clinton Foundation, etc.

If Trump keeps pulling the conversation back to the big questions and the big themes, he will win decisively.

So, nearing the end of the debate, the Holt-Clinton tag-team had drawn even with Trump. And then the ambush hit.

At the time I thought it was a predictable hit, but nothing special.

Then I noticed that it became the defining event of the debate for media commentators.

Virtually everyone in the elite media reacted to the debate by focusing in on that 20-year-old story as represented by Clinton and the left.

The story’s subject, Alicia Machado, was on the surface the perfect victim for Hillary’s campaign – a female Hispanic -- picked on by a bullying, insensitive man.

Wrestling with a weight problem is something that virtually everyone (including me) can identify with.

This was perfect casting for the morality play of Mean Trump versus Victimized Women.

And then, thanks to a remarkable Washington Post story (amazing that they would print it), we learned that it was indeed a “casting.”

Although Machado claimed to the LA Times that “she was surprised to hear the Democratic nominee tell her story Monday night,” we now know that the Clinton campaign had been working with Machado for months. The campaign set up news media coverage including a magazine story featuring Machado and the American flag. The left-wing media (the Clinton campaign's offensive arm) was ready and leaning forward.

The whole story was embargoed until after the debate.

Everyone in the news media who had the story knew something was going to happen in the debate to give them an excuse to pile on in discrediting Trump and creating the newest American victim-heroine.

Hillary must have almost panicked when she realized that she had not mentioned Machado in the debate and that time was running out.  So she did her job and simply inserted it totally out of the flow of conversation. Read the transcript and note how she swerves away from the line of debate to insert a new hit that she had to get in.

So Machado got two sentences from Hillary in the debate, and three days of saturation coverage from the elite media.

Of course, as we learn more about the story, everything has gradually gotten weirder and weirder (as it often does with the left).

A Venezuelan prosecutor says that Machado threatened to kill him if he prosecuted her boyfriend for murder.

Machado was accused of driving the getaway car for the murder.

Machado was identified as the mistress of a major Mexican drug lord. The witness who testified about the murder went into witness protection and was later killed in Mexico City.

Finally, the tapes of Trump discussing Machado back in 1998 are much more positive, pleasant and nuanced than the Clinton version.

So why was there such a media failure to try to get the true story before rushing to judgement?

The elite media IS Hillary Clinton. They identify with her. They are terrified of Trump.

They don't want the truth. They want a symbolic story that they can use emotionally.

For four or five days, this manufactured story will drive down Trump's numbers and then as the truth comes out, the race will get out of the gutter and back to big issues and his numbers will rebound.

By the next presidential debate on Sunday, October 9, the race will again be neck and neck.

Clinton has to look for manufactured gutter issues because she can't win on any of the big issues.

Clinton wants to raise taxes, Trump wants to lower them. In 1984, Walter Mondale carried one state as the tax increaser.

Clinton will continue a foreign policy that has been failing. Trump will change it.

At a time when Gallup reports that 75 percent of Americans believe there is “widespread corruption” in government, Clinton personifies the corrupt system that she and Bill created.

Clinton is for bigger bureaucracy and more red tape. Trump is for moving power out of Washington.

If this is a big issue campaign, Clinton can't win.

Her only hope is to keep the campaign in the gutter and to raise phony issue after phony issue.

Her allies in the media will do everything they can to drag the debate into the gutter with Hillary’s campaign.

If Trump keeps pulling the conversation back to the big questions and the big themes, he will win decisively.

Trump is the only candidate who offers real change.

It will be interesting to see how rapidly the Trump campaign gets back to the big issues and how the left tries to drag it back into the gutter.

The next debate will be fascinating.