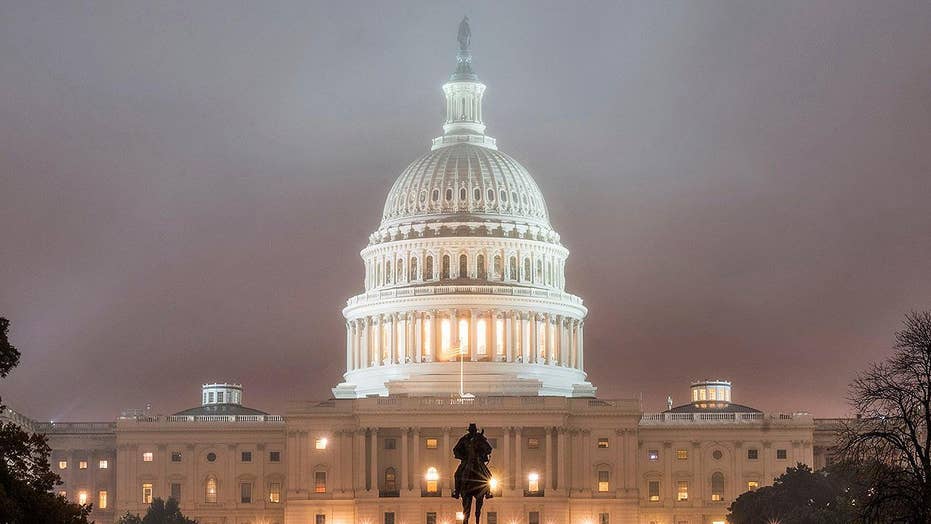 America’s criminal justice system is badly broken, and the next few weeks will determine the fate of efforts to fix it.

We should not continue pouring billions of dollars into a system that releases offenders who are more dangerous than when they entered prison, leaves victims’ needs unmet, and causes our communities to live in fear of crime.

But unless the U.S. Senate passes the First Step Act before the end of the year, the terrible status quo in our federal criminal justice system will continue.

NEWT GINGRICH: THE LEFT MAY BE WINNING THE WAR OF WORDS – BUT HERE’S HOW THE GOP CAN WIN IN 2020

Here are a few ways the current federal system fails us:

The first priority of government is to keep our people safe.

Violent, dangerous criminals belong in prison, and the cost of incarcerating them is money well spent. But we are overusing imprisonment. More than half of all people in federal prisons for drug offenses have no violent history, and more than one-quarter have no prior criminal history. Prisons are for people we are afraid of, but we are locking up a lot of people because we’re just mad at them.

Roughly half of people released from prison in the United States re-offend.

If half of the patients leaving a hospital had to be readmitted soon thereafter, the public would quickly find a new place to be treated. So we also should find more effective ways to correct the behavior of lawbreakers.

More than 80 percent of federal prisoners use drugs and/or alcohol.

However, fewer than 11 percent of prisoners get treated for addiction while incarcerated. Because the prisons do nothing to help them, the inmates are still addicted when they are released.

There is good news, however. The First Step Act passed the House with an overwhelming bipartisan vote of 360-59 on May 22. The legislation would stop warehousing federal prisoners and refocus prisons on preparing inmates to lead productive and law-abiding lives when released.

More than 95 percent of those we imprison will be released at the end of their sentences. What kind of neighbors will they be?

The First Step Act would focus offenders’ time in prison on preparing them for their release. This important legislation would:

Promote family visits by placing federal prison inmates within 500 driving miles, of their homes. Connections to family are one of the most important factors in making a successful return to society.

Encourage faith-based and community volunteers to provide programs that the government can’t afford to provide. In addition to saving money, volunteers add an essential ingredient that no government agency can provide – love.

Allow volunteers who work with inmates inside prison to continue to mentor them when they are in pre-release custody.

Prohibit the barbaric – but common – practice of shackling pregnant prisoners to their beds during childbirth.

Allow elderly and terminally ill inmates to return home to be with their families and friends in their final days.

Allow low-risk inmates who complete re-entry programing to be placed in halfway houses, home confinement, or under community supervision. It only makes sense that prisoners who prove ready and willing to make the most of their second chances should be given the opportunity to get back on their feet.

We believe in redemption, and the First Step Act would provide offenders with the tools they need to get fresh starts. Our prisons should send inmates home who are better than when they entered, so that they can support their families, pay taxes and stay out of trouble. The result will be fewer victims and safer neighborhoods.

Thirty-five states have implemented commonsense criminal justice reforms, and the results have been significant reductions in both crime and imprisonment.

As a result of these reforms, Texas has been able to close eight prisons and saved more than $3 billion in prison costs. Most importantly, crime has dropped to the lowest level since 1967.

Now it is time the federal government follows the lead of the states. The First Step Act has the strong support of President Trump, the Fraternal Order of Police, the International Association of Chiefs of Police, the National District Attorneys Association, and more than 100 former prosecutors and top law enforcement officials.

This overwhelmingly supported bill faces a final hurdle in the Senate. Only one person can bring this important bill to the floor for a vote – Majority Leader Mitch McConnell, R-Ky. McConnell has a tremendous opportunity to show America that Republicans can lead – and he can become a hero to millions of Americans who are languishing in our broken justice system.

You can use this site to contact Leader McConnell and your senators to tell them you want the Senate to pass the First Step Act before they adjourn for the year.

If the Senate doesn’t pass the First Step Act now and send it to President Trump to be signed into law, it may be years before we have as much support for fixing our badly broken system. You can make the difference.

Newt Gingrich was Speaker of the United States House of Representatives from 1995 to 1999. He is the author of 36 books, including the New York Times Best Seller Trump’s America: The Truth About Our Nation’s Great Comeback.

Pat Nolan is the Director of the Center for Criminal Justice Reform at the American Conservative Union Foundation, and was formerly the Republican Leader of the California State Assembly.