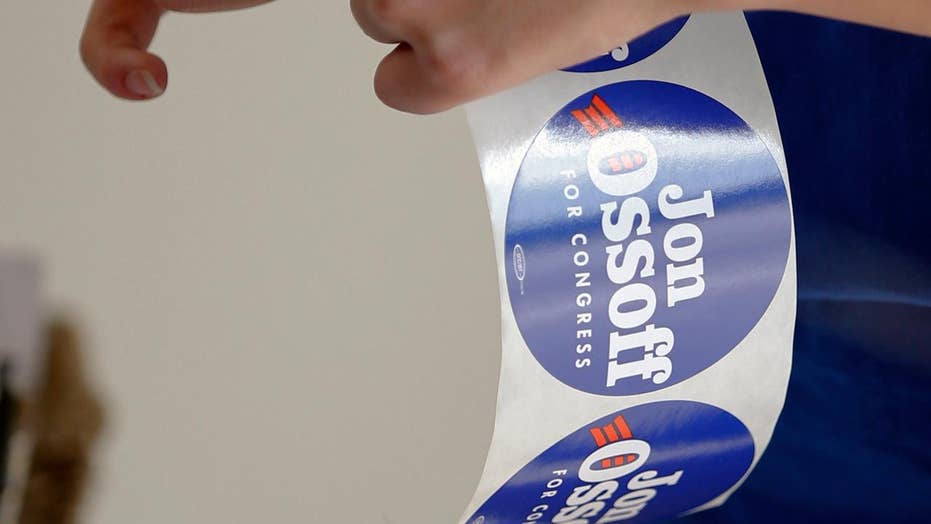 Tuesday, after spending more than $8 million, the Democrats failed to win the special election in Georgia’s Sixth Congressional District.

I had a personal interest in this vote since I represented the Sixth District in Congress for 20 years – however my daughter, Jackie Cushman, likes to note for historical accuracy that the district was originally south and west of Atlanta and was gerrymandered by the Georgia Democrats into the northern suburbs for the 1992 election. That effort backfired spectacularly and cost the Democrats four congressional seats as every part of my old district elected a Republican.

For the Democrats, this was a high value target.

In the recent Kansas special election for Congressman Mike Pompeo's seat (he became the Director of the Central Intelligence Agency) the Democrats did not believe they had a chance to win until the last two weeks, as they poured in money, got their hopes up, and lost.

Georgia was different. Because Atlanta is such a big media and transportation hub, liberals nationally are fixated on Georgia and always believe it is about to go Democrat. Michelle Nunn in the 2014 election was the most recent example. Throughout the campaign, the news media and many Democrats felt she could win. On November 4, 2014 Georgians voted and she lost.

This week, Jon Ossoff looked like an attractive young liberal who could win the Sixth District. He raised more than $8 million for a House race. He was on the cover of New York Magazine. He became the great liberal hope. Left-wing anger at Trump generated donations from everywhere. In fact, 95 percent of his campaign money came from outside Georgia.

With this resource base and thousands of highly motivated anti-Trump volunteers, Ossoff mobilized an impressive turnout for a special election. He got 92,390 votes. That represented 48.1 percent of the total vote. It was enough to lead but not enough to win.

There were 11 Republicans in the race – with 18 candidates total – and they were all splitting the vote and attacking one another.

A few weeks ago, the average Republican voter was complacent and confused. With 11 candidates to choose from many felt like staying home and waiting for the run off.

Then it became clear that if Republicans stayed home there would not be a run off.

The battle cry became, “vote for someone, but make sure you vote.”

The race was close enough that President Trump, Vice President Pence, Secretary Price (who had won the district by 23 points last year) all made robocalls. Voters were bombarded with vote messages.

Republicans staved off defeat – but by a surprisingly narrow margin.

Now Democrats must decide if they want to pour another $8 million into the runoff in June.

Former Georgia Secretary of State Karen Handel came in second with 19.8 percent of the vote. She starts out more than 54,000 votes behind Ossoff. But she is the Republican nominee, and every element of the GOP will rally to elect her.

The Democrats have now spent a lot of money to almost win two special elections.

President Trump will continue to focus on his agenda and a failed $8 million campaign in Georgia is not going to stop it.

This is the meaning of yesterday's special election in Georgia’s Sixth Congressional District.