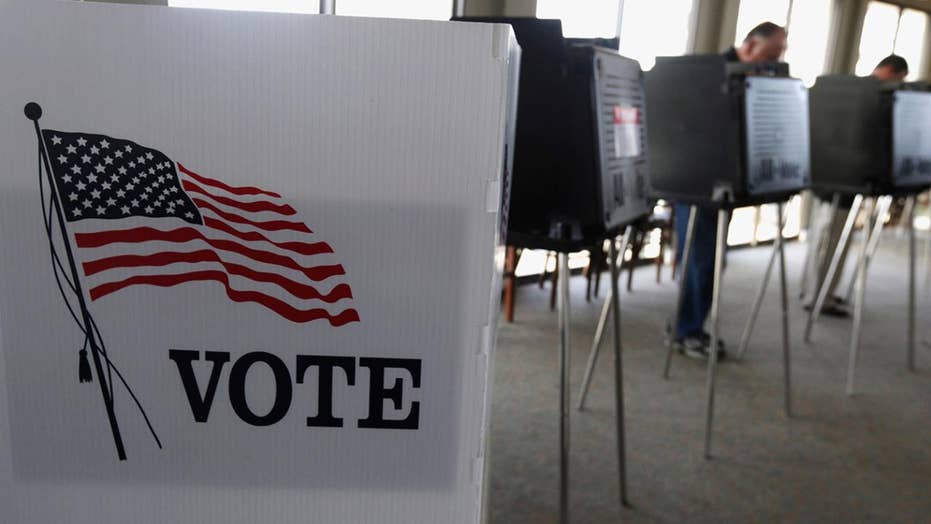 Polling reveals how Republicans could win in midterms

In a special election runoff, Republican Pete Flores successfully flipped Texas State Senate District 19, which borders Mexico and had been in Democratic control for 139 years. Flores, a political newcomer competing against a seasoned former Democratic congressman, won in a district that is 73 percent Hispanic and African American – despite virtually all political analysts’ expectations. I am studying this election for a future op-ed, but I have been told by many Texas Republicans that Flores was able to win because he ran a big choice campaign.

Republicans everywhere should also study this Texas state special election and make the 2018 midterms a big choice election for all American voters. And with only 48 days left until November 6, they must act now.

Candidates, consultants, campaign managers – Republicans at every level – must break out of the small-ball, district-by-district campaign model and create a national message that defines a set of big choices that contrast the Republican positions and those of the left. Otherwise, the Democrats are very likely to achieve the so-called blue wave the liberal media has been touting for months.

I outlined the need for this kind of campaign (and provided an in-depth look at how to implement it) in my recently released political strategy paper called The Republican Choice for 2018: Win or Lose, which I have shared with a number of Republicans around the country and have made available for Kindle on Amazon.

Big choice elections focus on big differences and describing magnets of a better future to attract the voter, while they simultaneously hammer home wedge issues to drive the opposition away from the voter.

The paper is broken into four parts, but I’d like to focus on the first, critical concept that I think can help Republicans design and execute the kind of campaign we need to win in 2018 – and again in 2020.

Starting right now, Republicans need to develop a set of core big issues that create a clear vision for a better future for Americans – in completely personal terms, not platitudes. These issues (and the Republican position on them) must be broadly appealing to the vast majority of Americans.

In the paper, I discuss a set of issues that Republicans could include in this big choice election narrative – such as favoring work over welfare, paychecks over food stamps, safe and orderly immigration over dangerous borderless chaos, personal health versus bureaucratic health, and others – but I will expand on those in a future piece. In the meantime, Republicans should think critically – and listen closely to their constituents – to develop and communicate a robust set of big choices to voters over the next few weeks.

It’s critical that each of these big choices is popular. When we developed the Contract with America in 1994 we polled every policy position to be included. Every pledge in the Contract had 70 percent support from Americans – some had 80 percent support. Issues that didn’t have wide appeal, didn’t make it into the Contract. It was that simple.

Despite constant left-wing attacks and media bias, if Republicans put together a set of highly-supported, issues and policies, and contrast them vividly with the unpopular liberal Democratic positions, the American people will support Republicans.

Contrasting the Republicans’ better future with the Democrats’ destructive future will make it easier to communicate the rest of the big choice campaign.

However, it is not enough to attract support for our issues. We also must clearly express how the Democratic alternatives to our positions are personally bad for Americans. This will drive powerful wedges between the Democrats and the American people. As I explain in the paper:

“Big choice campaigns invariably describe a better future, a future worth voting and fighting for, in personal terms. (You will be better off. Your family will be better off. Your community will be better off.) At the same time, the emerging majority describes the threat that the other side presents to potentially make life worse, in similarly personal terms. These aren’t campaigns about abstract philosophy or ideology. These are campaigns about two different ways of life, with two different impacts, at personal levels. They work very hard at finding the right words and images and picking the right fights. Attacking Nancy Pelosi personally seems tactically clever, but tying her to outrageous and unacceptable policies is strategically far more powerful.

“Small choice campaigns look for petty, personal weaknesses. Big choice elections focus on big differences and describing magnets of a better future to attract the voter, while they simultaneously hammer home wedge issues to drive the opposition away from the voter. Too many Republican consultants and candidates have no faith in the American people. They run small choice campaigns because they think that voters can only understand small things.

“The great leaders have all had faith that the American people can understand a lot if it is framed in clear, direct language. This is the job of a big choice campaign.”

Implementing this first key step of developing and contrasting the Republicans’ better future with the Democrats’ destructive future will make it easier to communicate the rest of the big choice campaign.

Not only will developing a suite of popular, big choice positions attract the support of the American people, but it will also help Republicans grow support within the party, build a governing coalition, and strengthen their ability to find and nurture future leaders within the GOP.

In doing so, it will be easier for Republicans to speak with the American people with one voice. This will have the added benefit of allowing us to be more effective in fighting against distortions from the elite media and assaults from the left.

If Republicans are going to win in 2018, they must not fall into the old campaign habits of personal attacks, niche issues, relying on special interests, or skirmishing district-by-district.

Furthermore, even though the Trump-Republican-led government has brought us an incredible economy, historically low unemployment, a slew of strong judicial appointments, and many other successes, we cannot take for granted that voters will be considering these things on Election Day.

If Republicans want to continue to lead – and continue making America great for all Americans – they must give the voters big choice in November. The clock is ticking.