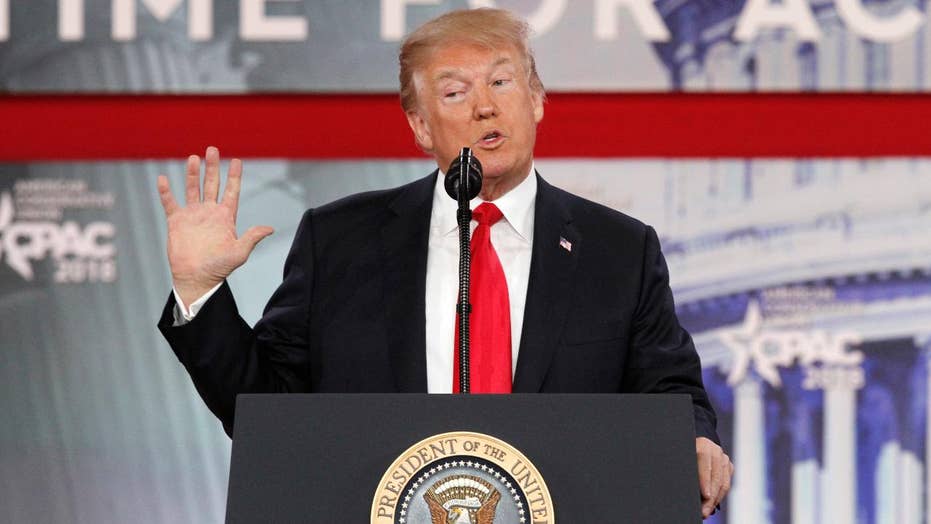 Changing the direction of the Washington system from liberal to conservative was the key to President Trump’s remarkably successful first year. Changing the speed of government from the routine, slow, change-avoiding pace of bureaucracy to the high-tempo, innovative, constantly accelerating pace of technology will be the key to success in the next three years.

The Trump-led directional shift is unquestionable. He appointed and placed a conservative justice on the U.S. Supreme Court, seated a record number of appellate court judges in his first year, and achieved an all-time record for repealing regulations.

At the National Space Council meeting Wednesday, Office of Information and Regulatory Affairs Director Neomi Rao said the Trump administration has cut 22 regulations for each one it created.

President Trump also worked with Republicans to deliver a dramatically pro-growth tax cut, which generated immediate proof of its power through the reaction of the business community. Again and again, President Trump has moved the Washington system away from a liberal direction toward a more conservative direction.

Now comes the real test: changing the deeply entrenched traditional system of bureaucratic processes and procedures into one that is entrepreneurial, dynamic, adaptive and flexible.

Now comes the real test: changing the deeply entrenched traditional system of bureaucratic processes and procedures into one that is entrepreneurial, dynamic, adaptive and flexible.

Think of this as moving from the speed of bureaucracy to the speed of technology. The two systems are mutually exclusive.

Entrenched bureaucracies measure inputs (although never enough) and reject the concept of measuring outputs. They regard metrics as arbitrary measures that prove they are busy, rather than benchmarks that demonstrate their progress.

After watching just a few episodes of this sitcom, in which senior British civil servants surround their civilian leaders with misleading information and false assumptions, Trump political appointees will better understand how their ability to enact real change is being limited by those who make avoiding change their highest priority.

The only way to dramatically change bureaucracies is to change the outcomes expected from them. You will never win an internal fight over the processes that bureaucrats are using or the traditions they are following. The bureaucrats will simply slow-walk you with more and more arguments and information.

The key is to instead figure out the positive, measurable outcomes you want and insist on the bureaucrats changing their system until it can produce to your expectations.

One of the key change principles is to insist that government learn to move at the speed of technology instead of the speed of bureaucracy. The iPhone 4 has roughly the same computing power as the Cray-2, which was the fastest supercomputer in the world in 1985. And, of course, the iPhone 4 is now obsolete.

Apple has gone from being almost bankrupt to become the highest-valued company in the world.

The development of the drone as both a commercial and military vehicle has been amazing.

The rise of Amazon from a bold idea to the largest retailer in the world has been astounding.

The rise of SpaceX’s reusable rockets has received a lot of well-deserved attention. The company’s recent Falcon Heavy launch with its Tesla and “Starman” payload may mark a turning point in space exploration and development.

While NASA and the old, slow-moving big companies have been following a long, expensive process, both SpaceX CEO Elon Musk and Blue Origin’s Jeff Bezos have been developing radically new proposals that will lower the cost of going into space by an enormous amount.

Keeping up with the speed of technology means both NASA and the Department of Defense must rethink their current investment in traditional, expensive, single-use rocket systems – from the ground up.

The same rate of development is about to hit education. Pioneers such as Sebastian Thrun at Udacity, Mitch Daniels at Purdue University, Dr. Jerry Davis at the College of the Ozarks and Brandon Busteed at Gallup are developing remarkable insights into dramatically improving education.

Again and again, we see innovators and entrepreneurs starting at the fringes with small, streamlined operations and profound insights into how technology is evolving.

If the Trump team can learn to move at the speed of technology and to take advantage of the astonishing wave of entrepreneurship, which the new tax cuts will be encouraging, then the amount of progress in the next few years will be amazing.