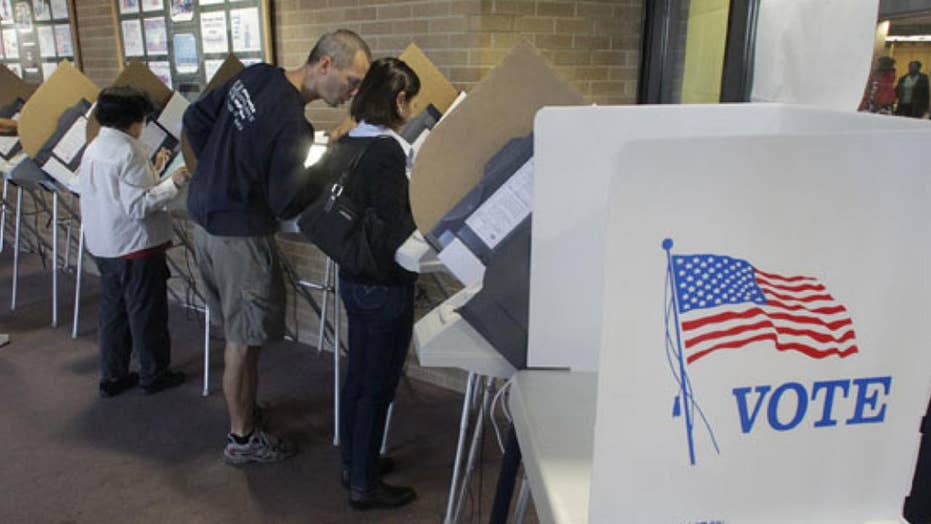 In San Francisco, immigrants who are in the country illegally are now eligible to register and vote in school board elections. Of course, this is clearly illegal under the California Constitution.

Article II, Section 2 of the California Constitution says: “A United States citizen 18 years of age and resident in this State may vote.”

However, the pro-illegal immigration, sanctuary state-supporting Democratic majority in the state Legislature has no interest in enforcing the law when it’s being ignored by fellow Democrats.

After all, the long-range plans Democrats have for a ruling majority depend on continuous law- breaking to get enough non-Americans to vote. The Californians who don’t support the radical views of Democrats can simply be eclipsed by non-citizen voters supporting the Democrats.

The long-range plans Democrats have for a ruling majority depend on continuous law- breaking to get enough non-Americans to vote. The Californians who don’t support the radical views of Democrats can simply be eclipsed by non-citizen voters supporting the Democrats.

As the San Francisco ABC News affiliate reported, the county’s District 7 Elections Supervisor Norman Yee said: ”We want to give immigrants the right to vote.”

Cal Thomas captured what is going on in a column last week headlined: “The Illegal Immigrant Vote. The name of the game: votes for Democrats.” As Thomas points out, this is only the beginning of a much larger strategy.

Thomas writes: “Who doubts this is the first step by the left and Democrats toward full voting rights in state and eventually in federal elections? The claim by lawyers will be that it is discriminatory to allow undocumented immigrants to vote in local and state elections and not for members of Congress and for president. At bottom this is what the entire immigration debate is about.”

The editorial pointed out that only 18 Democrats voted in favor of a recent congressional resolution voicing support for our U.S. Immigration and Customs Enforcement (ICE) officers and the many federal and state officers who assist them. In fact, 35 Democrats voted against the bill and 133 voted “present” to avoid putting a solid opinion on record.

At the same time, the editorial noted that most congressional Democrats are standing idly by as eight of their members have sponsored a bill to abolish ICE, and many others are supporting a bill that would make it nearly impossible for ICE to do its job.

As the editorial put it: “Democrats want to neuter the one agency responsible for enforcing border security. They want to make it easy for illegals who cross to stay in the country. And they want to give them the right to vote. Leading Democrats also adamantly oppose building a secure border wall. They support ‘sanctuary cities’ that actively protect illegals from deportation. And they want to grant every illegal in the country amnesty.”

The editorial continued: “...the Democratic Party has been driving to the far left on a wide range of issues for many years. The only difference now is that its veneer of moderation has eroded to the point where Democrats can't hide their extremism any longer.”

As I wrote in my New York Times best-selling book “Trump’s America: The Truth About Our Nation’s Great Comeback,” the U.S. immigration system is indeed troubled. But it will never be fixed until we re-establish security at the borders and refocus on immigrants who want to come here legally – so they can actually become American.

A sound immediate step would be for Congress to pass a law reaffirming that you must be an American citizen to vote in all American elections. Let’s see how many Democrats would oppose this simple requirement.