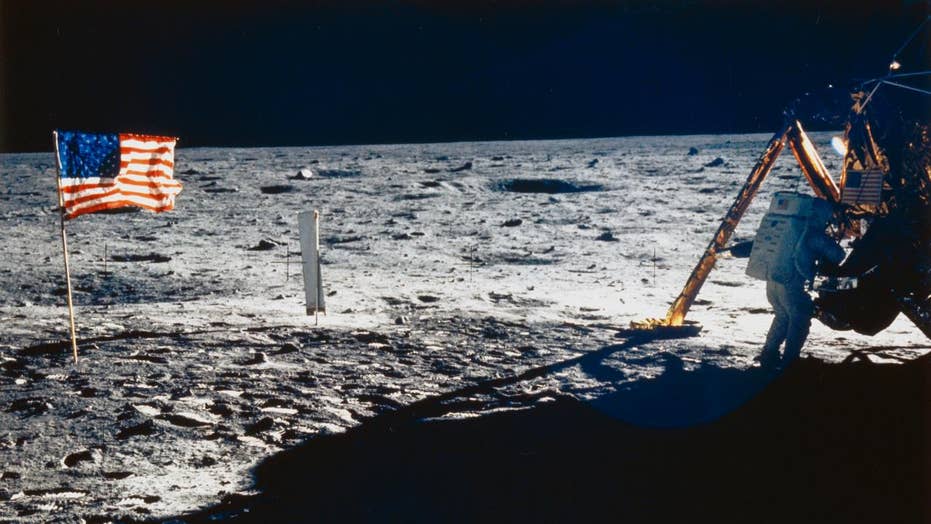 Buzz Aldrin has been a close friend of mine for many years. He is an American icon and hero, who will forever be remembered as one of the few Americans who took the first small steps into the next era of humankind.

I am very glad to say, ahead of the 50th anniversary of the Apollo 11 moon landing, that I was able to speak with Buzz on this week’s episode of my “Newt’s World” podcast.

Despite having had many conversations with Buzz over the course of my time in Congress and afterward, I was able to learn a great deal about his past military experience, his work with NASA, and what he has been doing since.

Buzz shared with me some experiences and insights you don’t often hear about – such as how his time flying F-86s in the Korean War helped to prepare him for some of the challenges he faced in the Gemini 12 and Apollo 11 missions.

He also talked about how he faced some good-natured but real resistance from the academic community as a former West Point graduate and military man who began studying orbital physics at MIT. (Despite the fact that his thesis ended up being on the exact space-faring techniques that made the Apollo missions possible).

As many people know, space travel – and American leadership in space – has been a key focus of my life and work. I genuinely believe that we are at the cusp of a turning point that will completely reshape mankind. What country or company leads the way into space matters, because the pioneers of space will set the rules and values of human life outside the Earth.

It is better for everyone if the ideals of freedom, liberty, rule of law, and justice prevail beyond our atmosphere – and eventually even our solar system. This will not happen unless we – as a country – begin to prioritize getting to and living in space.

This means investing in and incentivizing science, technology, engineering, and mathematics (STEM) educations. It means refocusing our various space bureaucracies on achievement and risk acceptance, rather than process and fear of failure. It means making an environment in America where future Buzz Aldrins can grow up, learn, work and achieve seemingly impossible dreams.

I hope you will listen to my conversation with Buzz – and share it with young people in your life. His inspiring journey is one that every young American should learn and celebrate, so that America can continue to lead humanity into the future