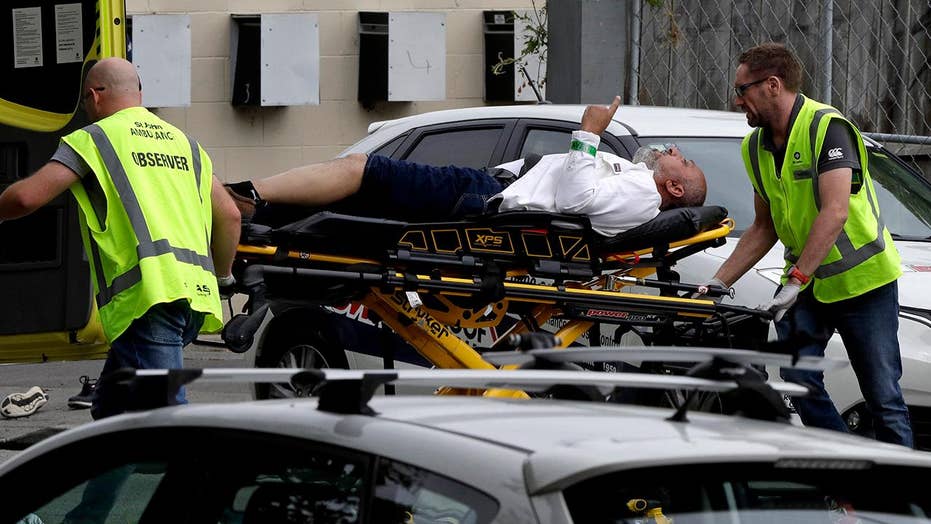 The horrific news of mass murders at two New Zealand mosques Friday that took the lives of 50 people brought back terrible memories of an attack at a house of worship where I have prayed – the Tree of Life Synagogue in Pittsburgh, where 11 Jews were shot and killed Oct. 27, 2018.

Members of the Jewish community in my hometown of Pittsburgh know how it feels to be attacked when we gather to pray, and then to see the politicization of tragedy rub salt in our wounds. We know what it means to be targeted because of our religion, just like the Muslim victims were targeted in New Zealand.

We mourn the victims of the mosque attacks – peaceful worshippers gunned down mercilessly on their holy day of prayer, just like the Jews in Pittsburgh. No one should ever have to fear that going to a religious service could end in death.

ADAM BARSOUK: PITTSBURGH SYNAGOGUE SHOOTING:  I PRAYED AT THE TREE OF LIFE SYNAGOGUE, NOW TURNED INTO A SCENE OF DEATH

At the Tree of Life on the day of the anti-Semitic attack, what started as a quiet Shabbat in my quaint neighborhood was transformed into a crime scene – and then a media circus.

The hate crime in our community produced many portraits of heroism and unity: the man who went back to save others and was killed; the four police officers who were wounded trying to end the carnage; the Jewish doctors and nurses who saved the shooter’s life after he was wounded by police; and the Muslim imam who rallied behind Pittsburgh’s Jewish community and offered his prayers, support and friendship.

But this somber opportunity to unite and bridge the growing divide in our nation often went squandered. In Pittsburgh, the media coverage almost immediately turned to rhetoric on immigrants and gun control, politicizing the tragedy. Already, I’ve seen much the same happen in New Zealand.

We mourn the victims of the mosque attacks – peaceful worshippers gunned down mercilessly on their holy day of prayer, just like the Jews in Pittsburgh. No one should ever have to fear that going to a religious service could end in death.

When President Trump came to visit Pittsburgh to offer his condolences, he was met with protests and a cold shoulder from progressives in our city and state leadership. Instead of setting aside our differences, partisan protesters and ambitious politicians used the tragedy to further their own agendas.

Jews, Muslims and other religious minorities have been the targets of hate crimes long before automatic weapons existed and the immigration debates got fiery. The persecution continues today, including for Christians in many nations where they are the minority.

Blaming guns and politicians for the actions of a hate-filled murderer in Pittsburgh didn’t help the community heal. Indeed, it was in the moments where we set aside our differences – when Jews and Muslims held hands and President Trump called for unity in an address before the nation – that Pittsburgh began to feel whole again.

I witnessed media trucks and protesters roll into my quaint neighborhood, and, after a few days, I saw them all roll out – moving on to chase the next story and set fire to the next controversy. Those of us in Pittsburgh were left picking up the pieces.

The Tree of Life Synagogue remains closed and boarded up. The families of the 11 killed and seven injured remain broken. Healing takes time. And it takes the love of a community, not vitriol spewed at our expense.

But when I pass the synagogue I see new flowers placed at the memorial. Jewish, Muslim, immigrant, minority and non-minority students at my former high school are more involved than ever in holding conversations and leading initiatives to bridge their differences and dispel prejudice.

Commonsense security has been implemented at entrances to synagogues in Pittsburgh. At some, a few worshippers reportedly bring weapons with them to pray.

All this has instilled in me a new hope that our community can move forward and prevent hate in all of its forms. At my synagogue on Saturday we prayed for New Zealand’s Muslim community – for those who so needlessly perished and for those left to deal with terrible loss.

But we remember what we went through. So we pray that worshipers at the two New Zealand mosques don’t suffer the same exploitation by their politicians and media, eager to push partisan agendas before the bodies have even been laid to rest.

Inflaming tensions between political parties, ethnicities or religions by introducing politics into tragedy is picking at a wound. What we all need now is time to heal.

Adam Barsouk is a medical student at Thomas Jefferson University in Philadelphia, a researcher at the Hillman Cancer Center and a Young Voices contributor. Follow him on Facebook and Twitter.