Cardinal Dolan on how Trump can expand school choice

A couple of events over the past few weeks brought to mind two towering people who had a tremendous effect on the Archdiocese of New York and the U.S. more broadly. Their witness is worth remembering, especially in this political moment.

Last Saturday’s feast of St. Patrick, the patron saint of our cathedral and archdiocese, reminded me of Archbishop John Hughes. As the first archbishop of New York (1842-64), “Dagger John” displayed dramatic reverence for the dignity of Irish immigrants. Thousands arrived daily in New York — penniless, starving and sometimes ill — only to be met with hostility, bigotry and injustice.

An immigrant himself, Hughes prophetically and vigorously defended their dignity. Because the schools at the time were hostile to these immigrants, he initiated Catholic schools to provide children with a good education sensitive to their religion and to prepare them as responsible, patriotic citizens. The schools worked. Many remain open to this day, their mission unchanged. 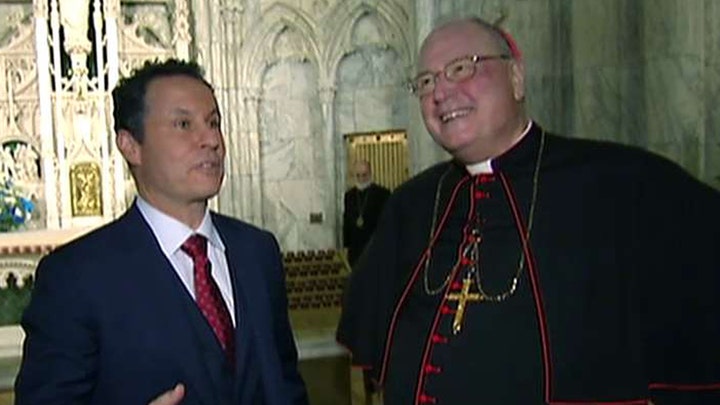 The second event was the recent funeral of a great African-American woman, Dolores Grier. A convert to Catholicism, she was named vice chancellor of the archdiocese three decades ago by Cardinal John O’Connor; she was the first layperson and first woman to hold the prestigious position. Grier was passionate about civil rights, especially the right to life of babies in the womb. She never missed an opportunity to defend, lovingly but forcefully, their right to life.

Grier attributed her pro-life sensitivity to the Rev. Jesse Jackson, who preached that abortion was an act of genocide against minorities. No wonder, she often observed, abortuaries were clustered in poor black and brown neighborhoods. The statistics today confirm her observation: In 2013 there were more black babies aborted in New York City (29,007) than were born here (24,758), according to a report from the New York City Department of Health and Mental Hygiene.

The values Archbishop Hughes and Dolores Grier cherished — the dignity and sanctity of human life, the importance of Catholic schools, the defense of a baby’s civil rights — were, and still are, widely embraced by Catholics. This often led Catholics to become loyal Democrats. I remember my own grandmother whispering to me, “We Catholics don’t trust those Republicans.”

Such is no longer the case, a cause of sadness to many Catholics, me included. The two causes so vigorously promoted by Hughes and Grier—the needs of poor and middle-class children in Catholic schools, and the right to life of the baby in the womb — largely have been rejected by the party of our youth. An esteemed pro-life Democrat in Illinois, Rep. Dan Lipinski, effectively was blacklisted by his own party. Last year, Democratic National Committee Chairman Tom Perez insisted that pro-life candidates have no place in the modern Democratic Party.

It is particularly chilly for us here in the state Hughes and Grier proudly called their earthly home. In recent years, some Democrats in the New York state Assembly repeatedly blocked education tax credit legislation, which would have helped middle-class and low-income families make the choice to select Catholic or other nonpublic schools for their children. Opposing the bill reduces the ability of fine Catholic schools across the state to continue their mission of serving the poor, many of them immigrants. 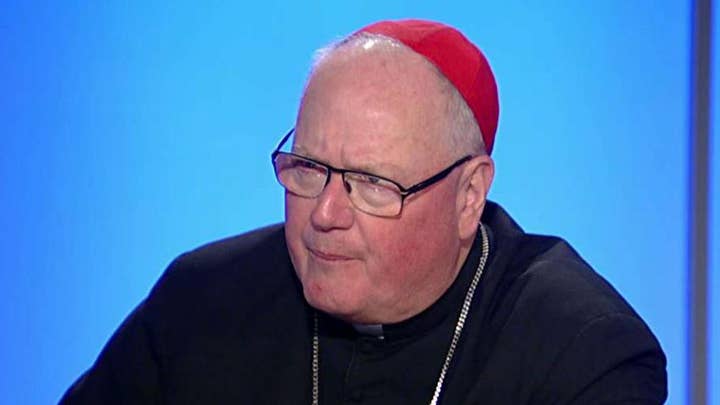 More sobering, what is already the most radical abortion license in the country may soon be even more morbidly expanded. For instance, under the proposed Reproductive Health Act, doctors would not be required to care for a baby who survives an abortion. The newborn simply would be allowed to die without any legal implications. And abortions would be legal up to the moment of birth.

The “big tent” of the Democratic Party now seems a pup tent. Annafi Wahed, a former staffer to Hillary Clinton, recently wrote in this newspaper about her experience attending the Conservative Political Action Conference. She complimented the conservative attendees, pointing out that most made her feel welcome at their meeting. They listened attentively to her views — a courtesy, she had to admit, that would not be given to them at a meeting of political liberals.

The “big tent” of the Democratic Party now seems a pup tent.

I’m a pastor, not a politician, and I’ve certainly had spats and disappointments with politicians from both of America’s leading parties. But it saddens me, and weakens the democracy millions of Americans cherish, when the party that once embraced Catholics now slams the door on us.

To Archbishop Hughes, Dolores Grier, and Grandma Dolan, I’m sorry to have to write this. But not as sad as you are to know it is true.