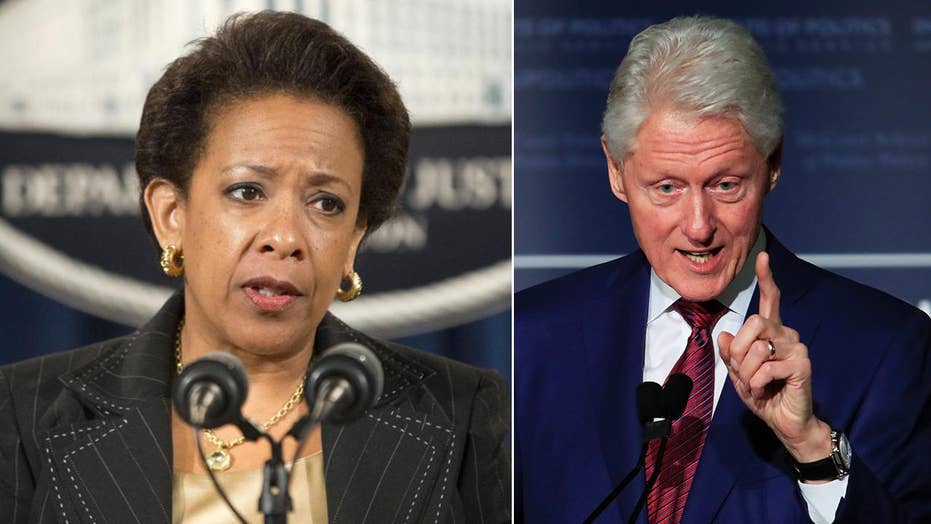 American Center for Law and Justice says documents show FBI was more focused on keeping the meeting quiet than the meeting itself.

In Washington, the ostensible story is rarely the real story. We know, for example, that former President Clinton engineered a meeting with President Obama’s attorney general, Loretta Lynch, on the tarmac of the Phoenix Airport on June 27, 2016.

That’s the official story, replete with the charming and intentionally disarming detail that all they talked about was their grandchildren. It was just coincidental, don’t you know, that at the time the FBI was looking into Hillary Clinton’s use of a “personal” email server to send, receive and store classified information.

And it was also simply coincidental that just a few days later, the director of the FBI – who served under Attorney General Lynch – announced that he wouldn’t recommend a prosecution of Hillary Clinton.

Richard Nixon must be rolling over in his grave.

What we haven’t known, until now, is that a frantic scramble erupted in the halls of the FBI to cover up this meeting.

What we haven’t known, until now, is that a frantic scramble erupted in the halls of the FBI to cover up this meeting. In fact, the FBI turned its sharp light not on the scandalous meeting between the attorney general and Bill Clinton – but rather on one of the whistleblowers who got the word out.

The organization I head, Judicial Watch, asked the FBI on July 7, 2016, for any records that might pertain to the infamous tarmac meeting. We had to sue after we were ignored by the agency.

Then the FBI told us flat-out that it couldn’t find any records. And we now know that was flat-out untrue. Because, in responding to another one of our Freedom of Information Act (FOIA) lawsuits, the Justice Department gave us heavily redacted documents that showed there were additional documents tucked away at the FBI headquarters.

If not for Judicial Watch's lawsuits these documents would still be hidden today.

Because of the revelation in our other lawsuit, the FBI – without our knowledge—"reopened" our FOIA request. The agency supposedly found about 30 pages of information, which it needed six weeks to review. The FBI finally gave them to us late Thursday.

Now we know why the FBI played shell games. The documents show that FBI officials were concerned solely about the leaking of details of the tarmac meeting. None of the documents show top agency officials cared one whit about the propriety of the meeting itself, but only about who blew the whistle on the covert tête-à-tête.

In one email, an FBI official writes “we need to find that guy.” And in another we learn that the Phoenix FBI office was contacted “in an attempt to stem any further damage.” An FBI official working on Lynch’s security detail even goes so far as to suggest non-disclosure agreements to keep the full facts from coming forth.

No wonder the FBI didn’t turn these documents over until we caught it red-handed, hiding and lying about them.

Simply put, the FBI appears to be fully complicit in a cover-up that attempted to influence a presidential election for a favored candidate – Hillary Clinton. And the truth was trampled on a Phoenix tarmac.

Tom Fitton is president of Judicial Watch. Founded in 1994, Judicial Watch Inc. is a constitutionally conservative, nonpartisan educational foundation that promotes transparency, accountability and integrity in government, politics and the law.
ADVERTISEMENT