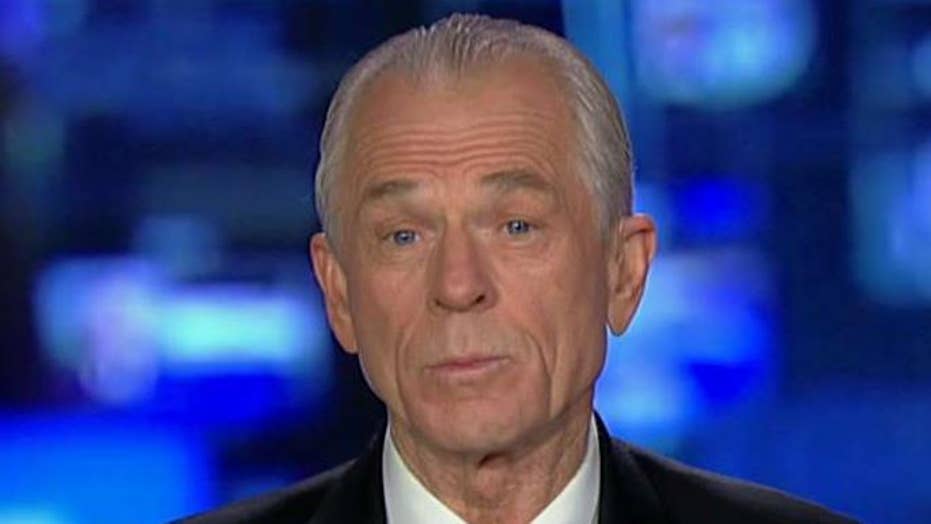 Peter Navarro breaks down the opportunity costs of impeachment

In response to this rising e-commerce threat, President Trump signed a Memorandum on Combating Trafficking in Counterfeit and Pirated Goods on April 3. He thereby initiated a process to stop the flow of such contraband into the United States.

As one part of this process, U.S. Customs and Border Protection (CBP) conceived and launched Operation Mega Flex. It mandates the inspection of thousands of additional packages from countries with a high counterfeiting risk, such as Cambodia, China and Singapore.

In total, an astonishing 14 percent of the parcels inspected violated one or more U.S. laws or regulations.

Counterfeit cancer treatments with ingredients from China may have killed as many as 81 cancer patients.

Annual statistics from CBP regarding seizures at the border provide additional confirmation of the risks facing consumers as they prepare for their online holiday shopping.

In 2018, counterfeit apparel and accessories such as athletic jerseys, designer sunglasses, brand name footwear, watches, jewelry, and handbags accounted for 56 percent of all seizures. Consumer electronics made up an additional 10 percent.

Fake pharmaceuticals and personal care items like cosmetics accounted for a relatively low 7 percent of total seizures. However, many of the products in these categories pose significant dangers to the consumer.

Fake prescription opioids are often laced with deadly fentanyl made in China. The musician Prince reportedly died from fake Vicodin laced with fentanyl. Counterfeit cancer treatments with ingredients from China may have killed as many as 81 cancer patients. The Drug Enforcement Administration reports seizing counterfeit Adderall that was actually methamphetamine in pill form.

Fake personal care items such as cosmetics have been found to contain everything from harmful bacteria to human waste. Between 2017 and 2018, CBP seized over $31 million in fake perfumes from China. In April 2018, the Los Angeles Police Department seized $700,000 in fake cosmetics found to contain both bacteria and human waste.

In the coming months, and in fulfillment of a requirement of President Trump’s presidential memorandum, the Department of Homeland Security will deliver a full report to the president on how to effectively combat the trafficking of counterfeit goods.

In the meantime, online buyers should beware of counterfeits, buy online directly from trusted brand websites rather than e-commerce platforms and third-party marketplaces, and shop only from reputable sources.

CBP will continue to serve at the frontline for the U.S. government’s enforcement of intellectual property rights and defend American consumers from the trafficking of counterfeit and pirated goods.

Vishal Amin is intellectual property enforcement coordinator for the U.S. Office of Management and Budget.