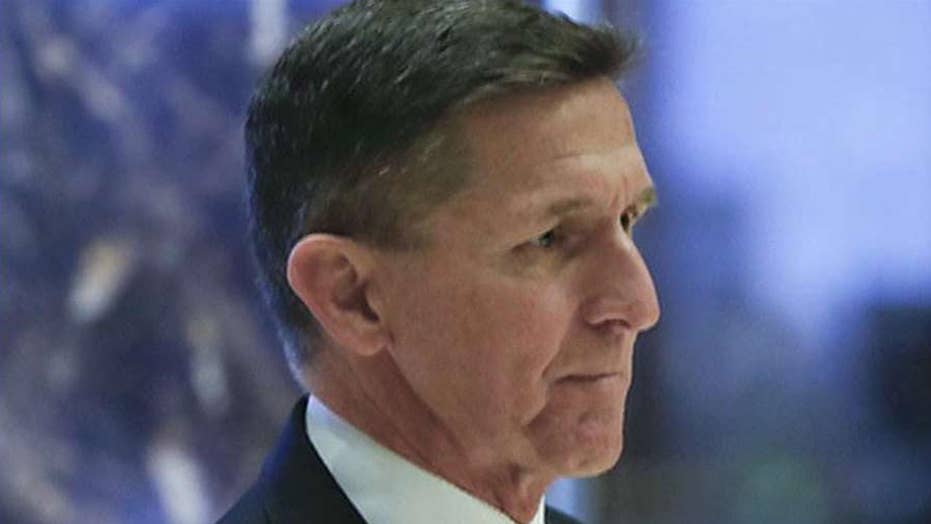 Mueller's office tells judge Flynn should get little or no prison time.

The memo isn’t a “smoking gun” showing President Trump colluded with Russians to win the 2016 presidential election or did anything else illegal. In fact, the memo isn’t even a squirt gun. In terms of President Trump’s conduct, it amounts to nothing of any significance.

In recommending that Flynn – who served as President Trump’s national security adviser for just 24 days – get a sentence ranging from no prison time to six months at most, the memo filed by Mueller said Flynn has offered "substantial" help to investigators about "several ongoing investigations."

“Given the defendant’s substantial assistance and other considerations set forth below, a sentence at the low end of the guideline range – including a sentence that does not impose a term of incarceration – is appropriate and warranted," the memo states.

The sentencing memo says that Flynn was interviewed 19 times by prosecutors on Mueller’s team and other Justice Department lawyers. But crucially, the memo doesn’t specify anything that Flynn told Mueller’s team regarding allegations against President Trump or anything else.

Flynn, who succumbed to Mueller's intense pressure by pleading guilty to making a false statement to the FBI, has cooperated with the special counsel's investigation into alleged Trump-Russia collusion to avoid a long prison sentence.

However, the sentencing memo and a heavily redacted addendum filed by Mueller suggest that Flynn provided absolutely no meaningful information that Trump conspired or coordinated with Russia to win the 2016 presidential election.

Flynn pleaded guilty in last December to making false statements to the FBI with regard to his communications with Russian Ambassador to the U.S. Sergey Kislyak.

Flynn and Kislyak allegedly spoke in late 2016 about the U.S. sanctions the Obama administration had placed on Russia. Flynn was fired on Feb. 13, 2017, for misleading Vice President Mike Pence and other Trump administration officials about his talks with Kislyak.

Flynn also admitted to making false statements about his work as an unregistered foreign agent to benefit the Turkish government. But there is no connection between that work and President Trump.

The memo isn’t a “smoking gun” showing President Trump colluded with Russians to win the 2016 presidential election or did anything else illegal. In fact, the memo isn’t even a squirt gun.

The sentencing memo – less than six pages long – makes no mention of any evidence Flynn might have given to support Mueller's mandate. The addendum – five pages long – is so heavily redacted with infamous black lines that it is difficult to comprehend. But it appears that Flynn offered prosecutors assistance in two areas.

First, Flynn contributed something to an unidentified criminal case that is not being handled by the special counsel and, thus, not directly collusion-related.

Second, Flynn seems to have answered candid questions about the Trump transition team's conversations with foreign governments after the presidential election in 2016 and before Inauguration Day. Again, this would not be relevant to "collusion" to win the election because the election was already over.

The documents filed in court Tuesday make a passing reference to the Logan Act, which prohibits private citizens from interfering in diplomatic disputes with foreign governments. But no one has ever been convicted under the act, passed in 1799. Lawyers, judges, and constitutional scholars regard the law as unconstitutional.

Nevertheless, this long dormant law does not apply to members of presidential transition teams who are acting not as private citizens, but as incoming government representatives of the person about to assume the presidency. They would therefore be constitutionally authorized to conduct foreign affairs. Every president-elect has his transition members engage with foreign governments to prepare for the challenges that lay ahead.

Not even Mueller would be foolish enough to bring a case under the Logan Act, especially since Flynn did not interfere in a diplomatic dispute under the meaning of the act. To the contrary, Flynn sought ways to de-escalate tensions over U.S. sanctions President Obama imposed on Russia by asking the Russian government to limit its response "in a reciprocal manner."

By doing this, Flynn was acting for the benefit of the U.S. government and in a manner not inconsistent with the Obama administration's wishes and policy.

Flynn's other contact with Russia, also referenced in the court documents, dealt with a United Nations Security Council resolution condemning Israeli settlements on the West Bank.  However, this, too, would not fall under the Logan Act, since the U.S. took no position on the U.N. resolution. By abstaining, it neither supported the resolution nor opposed it.

And since the U.N. measure imposed no sanctions, it was nothing more than an idle diplomatic statement. Flynn, or anyone else in the incoming Trump administration, can hardly be accused of interfering.

There are other reasons to believe that Flynn’s "substantial assistance" to the Mueller investigation had nothing to do with "collusion" with the Russians. He was never charged with the underlying crime, whatever that is.

Moreover, since Mueller is moving ahead with sentencing, he will not be using Flynn as a witness. This indicates that Flynn has nothing of significance that would be useful in any potential prosecution.

Flynn should never have been prosecuted. The FBI agents who interviewed him concluded that he was telling the truth. This was confirmed by both former FBI Director James Comey and his deputy, Andrew McCabe, when they testified before congressional investigators. Had Mueller been forced to prove his case in court, he would have lost.

The law requires that a false statement be made "willfully and knowingly" (18 U.S.C. 1001).  If Flynn’s recollection of the conversation with Russian Ambassador Kislyak is inconsistent with a transcript of their conversation, secretly recorded, it is not a crime. If Flynn interpreted his discussion differently than the FBI, it is also not a crime.

As I explained in my book, “The Russia Hoax: The Illicit Scheme to Clear Hillary Clinton and Frame Donald Trump,” Flynn pleaded guilty not because he lied, but because Mueller crushed him financially and threatened to take legal action against the retired Army general's son.

With his assets dwindling – and forced to sell his home to pay his mounting legal bills – Flynn finally surrendered under the intense emotional strain and monetary pressures.

Flynn's decision was understandable. Mueller's actions were, and are, unconscionable and wrong.

On Tuesday night Trump attorney Rudy Giuliani likened the offenses Flynn pleaded guilty to committing to “spitting on the sidewalk, with major repercussions for many.”

The former New York City mayor said nothing in the Flynn sentencing memo even suggested Trump presidential campaign or candidate Trump colluded with Russia, and said Mueller’s team was made up of “overzealous media inspired prosecutors. They are sick puppies.”

Giuliani was right. But, of course, that won’t stop the anti-Trump media frenzy of demonizing President Trump on a daily basis and trying to convince the American people – without evidence – that he is an illegitimate president put into the Oval Office by Russia.