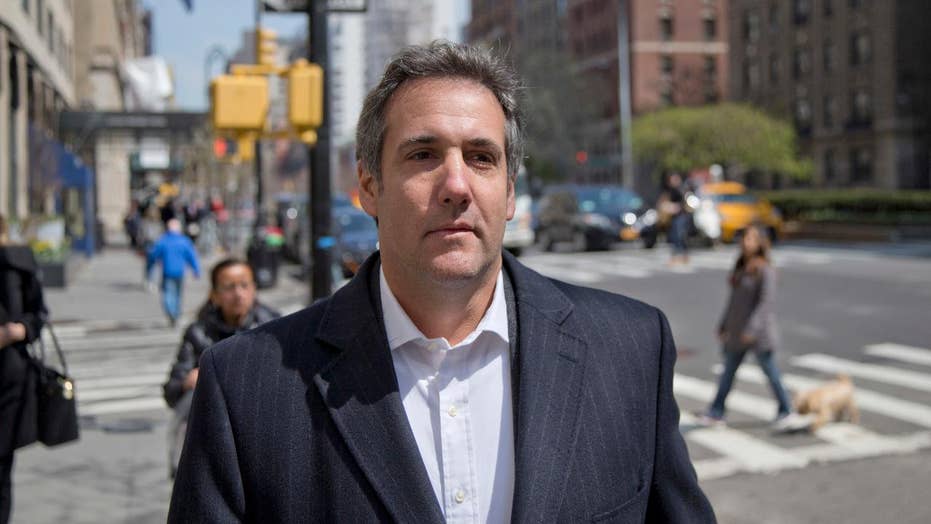 There is something surreal about the endless twists and turns surrounding Michael Cohen, one of President Trump’s former personal attorneys. Even an informed observer is challenged trying to understand Cohen’s quixotic legal practices, never mind his sprawling business pursuits.

Last week we learned that Cohen secretly recorded conversations with clients, including private citizen Donald Trump. No wonder the president asked, on learning of this: “What kind of lawyer would tape his client?”

It is a good question. Most Americans would ask the same question.

Whatever Cohen’s future, his past is odd. In addition to being citizen Trump’s attorney, Cohen is the target of an apparently unrelated FBI public corruption investigation and has reportedly been the recipient of foreign payments for putative political purposes, an alleged go-between for people trying to influence Trump, the owner of New York taxi medallions and a tax debtor.

Putting aside the spider web of Cohen’s alleged legal, business and political affairs, how about that question: “What kind of lawyer would tape his client?”

New York Penal Law, Section 250, technically permits recording a telephone conversation if one party consents. However, 12 states – including neighboring Connecticut – do not permit such recordings unless both parties consent.

New York courts have long frowned on attorneys blithely recording their clients without consent. In the early 1990s, they described the practice as ethically “underhanded” and “deceptive.” That view goes back to rulings in the 1960s and American Bar Association (ABA) positions.

The New York County Bar Association is more permissive, but the ABA notes that non-consensual recording remains unethical when the recording “is accompanied by other circumstances that make it unethical,” such as an attorney representing he did not record a conversation. In all events, the ABA terms the practice professionally “inadvisable.” That’s a safe position.

In 2003, the New York City Bar was more direct, vigorously defending client privacy. The organization found secret recording “smacks of trickery,” which strikes average Americans as rather obvious. It said using non-consensual recording as a “routine practice” is “ethically impermissible” for any lawyer, carving out a narrow exception for “societal good” – an undefined term.

Recent case law seems to side with President Trump. A 2015 case involving unauthorized videotaping produced a strong judicial condemnation. There, the court rejected a broad definition of “societal good,” saying secret recordings “cannot be regarded as an ‘appropriate tool’ or an activity that attorneys should feel free to engage in ‘all the time.’”

Likewise, although facts differ, surreptitious taping was at issue in a 2014 case, where another New York court rejected it, noting the even an attorney’s false claim to have taped was objectionable. Had the counsel done so, she would “likely have violated” rules forbidding “dishonesty, fraud, deceit or misrepresentation,” the court found.

In the end, the law only offers a partial answer to President Trump’s question. Allowing for narrow exceptions, what kind of an attorney would mislead his client into thinking he was not being recorded?

What kind of attorney would put his client in a position where basic client trust was at risk, where attorney-client privilege was put in jeopardy, and where tape recordings were made of privileged conversations, subsequently susceptible to full public release?  Is this not the antithesis of the revered attorney-client relationship?

Putting politics aside, the president seems to have a good point. Average Americans can relate. Ask yourself: Wouldn’t you be outraged to learn a lawyer you were paying to represent you was surreptitiously recording your every word?

Who would not be outraged at what the New York City Bar says “smacks of trickery”– and then finding these privileged conversations in the public domain?  Whatever counterarguments, most Americans will likely side with the President Trump.