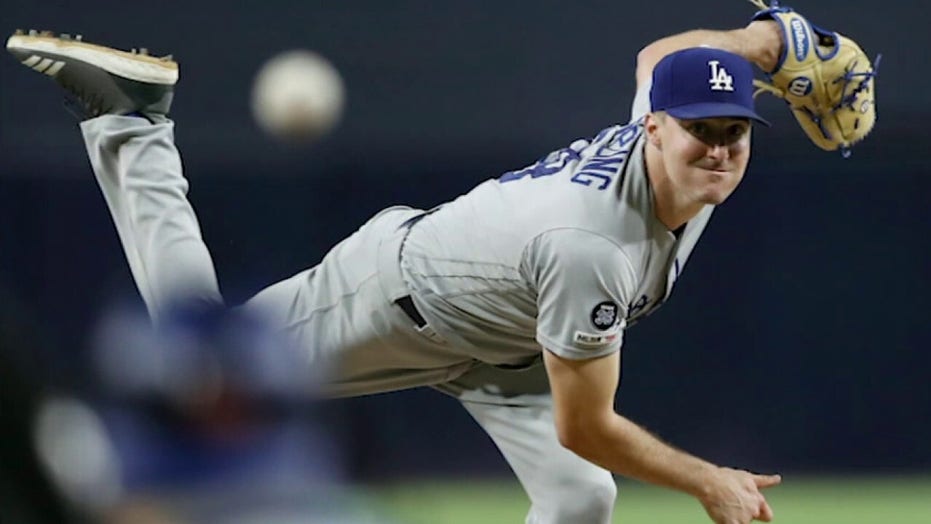 American sports fans are desperate to watch live games in these COVID times. Maybe not as desperate as a group of fans in Lublin, Poland who rented large cranes so they could see into a football stadium that had banned them, but we’re pretty desperate nonetheless.

The good news for fans of American team sports is our long national nightmare will end this week when the baseball season begins Thursday.

MLB'S 2020 PANDEMIC-SHORTENED SEASON: EVERYTHING YOU NEED TO KNOW

The bad news is the games won’t provide us with the badly needed escape from political infighting many of us turn to them for because National Anthem protests have taken center stage during the final week of spring training.

The sports world’s latest bench-clearing social media brawl started Monday when San Francisco Giants Manager Gabe Kapler joined a group of players in kneeling for the anthem prior to a game against the Oakland A’s. The move immediately drew some high heat from President Trump, who tweeted:

“Looking forward to live sports, but any time I witness a player kneeling during the National Anthem, a sign of great disrespect for our Country and our Flag, the game is over for me!”

Kaplar defended the decision, but the president was hardly his only critic, as the hashtag #BoycottMLB quickly began trending on Twitter.

What the players seem to be forgetting is that for many people, the whole point of taking in a game is to escape the torments of everyday life.

Things have only intensified since four members of the Cincinnati Reds knelt for the anthem prior to Tuesday’s game against the Detroit Tigers.

Yankees right fielder Aaron Judge, my favorite player on my favorite team, reacted to the protests, which he has not been a part of so far, saying Wednesday, “that’s the beauty of America, is freedom of speech.”

Nobody should deny players their right to protest, but that doesn’t change the fact that millions of fans would rather not be pulled into it, regardless of whether they’re protesting the flag itself or just the police. 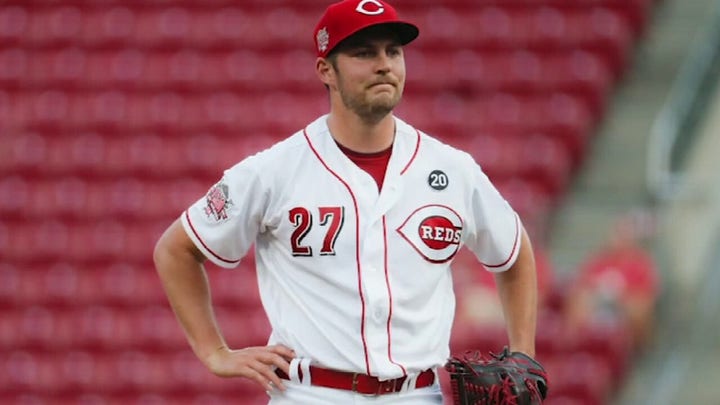 What the players seem to be forgetting is that for many people, the whole point of taking in a game is to escape the torments of everyday life.

Don’t misunderstand me, protests have a role in our common culture, too. But the reason we’ve missed sports so much during this quarantine time is the unrelenting nature of the lockdown has offered no escape...

Yes, players have the right to stand up for a cause, or not stand up in this case, and I genuinely applaud their desire to affect positive change in society.

But I also think it’s fair to ask what would help our fractured country more right now? Bashing the police they count on to protect the stadiums where they earn millions to play a children’s game? Or giving us back a desperately needed piece of common culture?

Don’t misunderstand me, protests have a role in our common culture, too. But the reason we’ve missed sports so much during this quarantine time is the unrelenting nature of the lockdown has offered no escape. A game offers us an escape. That’s what we want! Not yet another chance to raise our fists against something.

As hard as it might be for young people to imagine, baseball was our national pastime before it was replaced by fighting on Twitter.

Players have a chance to send in a pinch hitter for the political division that’s seeped into every other facet of the sports and entertainment industries.

I’m not saying the players’ desire to end perceived injustices at the hands of police should take a back seat to our enjoyment of a relatively inconsequential sporting event.

What I am saying, to put it in baseball terms, is that our country is at a warning track of sorts.

Every institution we hold dear seems to be under attack and violent crime rates have spiked in major cities across the country. 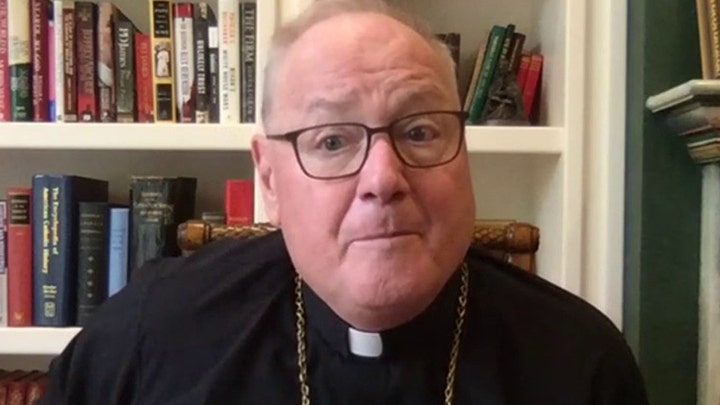 There’s also a global pandemic on the march that hasn’t even spared the city of Houston, where many assumed the Astros would have seen a sign it was coming.

Sadly, many leaders seem more interested in leveraging these crisises for political gain in November than helping those suffering now.

The main reason they get away with doing so is because partisan division has lead far too many Americans to prioritize political wins over societal improvements.

Perhaps it wouldn’t be that way if we had something, anything we could co-exist around.

Which is why I say, if the players really want to make a positive difference in this moment,  they’d show support for a country that’s enabled them to get paid like Oil Barrons to catch ground balls.

Or not catch them in the case of the Mets.

America needs baseball and baseball needs America. Not this low rent knockoff season of America that seems to have been created during a writers strike, but the America where we can put our political differences aside to watch a game for two hours and fifty minutes a night, or three hours and forty in the American League.

I was in Yankees Stadium on the night of October 30, 2001 when a rookie President named George W. Bush responded to the worst terrorist attack in American history by throwing out the best first pitch in American history prior to Game 3 of the World Series.

In that moment of unparalleled national unity, nobody cared about the hanging chads of the previous year’s hotly contested election, nor did they care what party Bush represented because in that moment we were all Americans.

Baseball gave us back a sense of self that the terrorists tried to take away, because baseball, unlike any other sport, has the power to bring this entire country together.

No professional sports league is populated by a broader range of ethnicities than Major League Baseball.

That’s the thing. Baseball belongs to all of us. And it’s always served as a reminder of what’s right about this country in the decades since Jackie Robinson broke the color barrier in 1947, three years ahead of the NBA.

If players chose to stand for what makes us great instead of shining yet another light on our shortcomings, many fans would be so pumped we might even rent a crane to look in on the games.