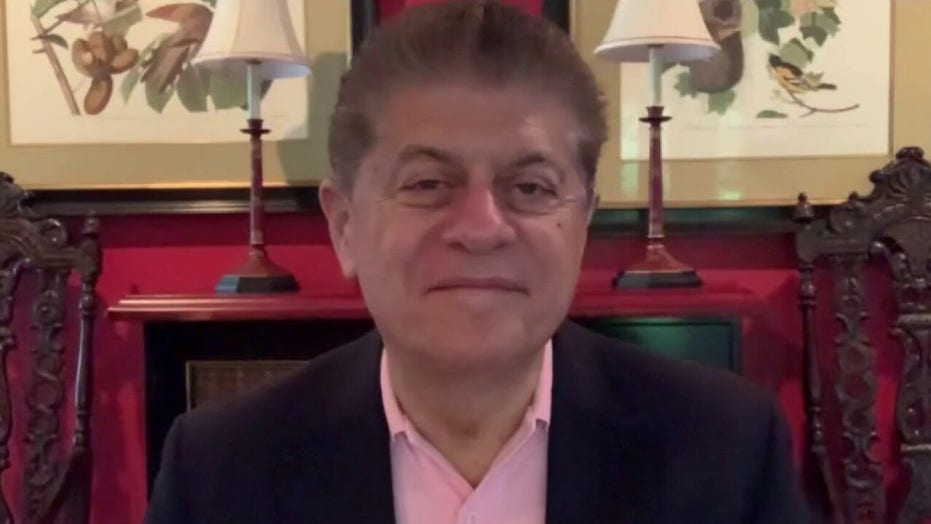 “The robber baron’s cruelty may sometimes sleep, his cupidity may at some point be satiated; but those who torment us for our own good will torment us without end for they do so with the approval of their own consciences.”— C.S. Lewis (1898-1963)

Serious issues are implicating personal liberty and public safety in Portland, Ore. The police are not enforcing local and state laws. They are refraining from doing so because they have been so instructed by elected public officials.

The Supreme Court has ruled that state and local elected officials — not police — are empowered to determine the depth and breadth of law enforcement. And the court has also ruled that the police have no legal obligation to protect lives and property.

Stated differently, the police cannot be sued for their willful failures. The remedy for those failures — according to the court — is to elect different officials who will deploy police assets differently. Yet, the police have a moral obligation to protect lives and property. For what other purpose have we hired and empowered them?

OREGON LAWMAKER SAYS PORTLAND PROTESTS ARE ‘NOT OUT OF CONTROL’

All persons have a natural right to protect their lives and property, especially when the government fails to do so. If its failures are systemic and repeated, it is the duty of the people to alter or abolish the government. We know this from the Declaration of Independence.

Portland has been the center of anti-police demonstrations this summer. The neighborhood around the state Capitol has endured nearly two months of nighttime demonstrations. Most of these are peaceful; some are destructive.

Last weekend, with no notice or local consent, the U.S. Department of Homeland Security sent teams of agents — untrained in crowd control and wearing military fatigues — onto Portland’s streets. Their uniforms bore no governmental, administrative or personal names, just the word “Police” on masking tape. They descended upon the city in unmarked SUVs and began grabbing people indiscriminately off the streets, without regard to the person’s lawful presence or personal behavior.

'THEY HAVE TO BE RESTRAINED': JUDGE NAPOLITANO ON WHAT FEDERAL AGENTS IN PORTLAND CAN AND CANNOT DO

According to the account of one victim, he was walking peacefully in the downtown area, observing the chaos, when five masked men in fatigues exited an unmarked SUV, grabbed him and pulled him into the car. They tied his hands with plastic behind his back. They pulled his cap over his face. They kept him for two hours and then released him. They filed no charges against him.

They had no basis for this kidnapping.

It was a kidnapping, not an arrest. An arrest is a lawful restraint by a legitimate government authority pursuant to a warrant issued by a judge specifically naming the person to be arrested, or pursuant to probable cause of crime personally observed by the arresting officers. Neither of these was the case in Portland.

And some victims were even less fortunate than those kidnapped. They were assaulted with pepper spray and hit with nonlethal exploding bullets that stun, hurt and disorient. The bullets can harm the eyes, heart and liver. I saw a video of a young man riding a bicycle away from the chaos. Yet, he was attacked by five of these feds.

An Annapolis graduate and Navy veteran asked a small group of the feds by what constitutional authority they were present in Portland. They responded by pepper-spraying his face and beating his hand with a baton, shattering numerous bones in his hand.

Portland is in America, right? What’s going on here?

This is how totalitarianism begins

On Monday, DHS acknowledged that these thugs are its police and said their behavior somehow will bring stability to downtown Portland. The phrase that Acting DHS Secretary Chad Wolf used — mimicking his boss— was “law and order.”

But there is nothing lawful or orderly about what these agents did. Their activities in Portland are unlawful, unconstitutional and harmful.

They are unlawful because federal agents are selectively arresting folks and not even pretending to be enforcing local and state laws. Under federal law, the feds may not deploy police or military domestically unless the state Legislature or the state governor requests it. Neither has done so for Portland.

The feds’ activities are unconstitutional because they are using government force to arrest people without probable cause or arrest warrants. We know there is no legal basis for these “arrests,” as they have not charged anyone.

Moreover, this is so harmful and terrifying — being kidnapped, handcuffed, blindfolded, not spoken to and then released, all for no stated reason —  it will chill others from public dissent.

The First Amendment to the Constitution requires the government to protect speech, not assault those who exercise it. If these indiscriminate beatings and kidnappings are intended to deter folks from publicly dissenting, it is profoundly unconstitutional, counterproductive and will be costly to the federal government.

Under the Constitution, the ability to regulate for health and safety belongs to the states and local governments. The feds simply do not have the lawful authority to fill in gaps in local law enforcement, no matter how offended they may be.

This is how totalitarianism begins. The feds claim that federal property needs protection and the folks assigned to do so need help. When help arrives, it does so by surprise, under cover of darkness and shielded by anonymity. Then, the reinforcements beat and arrest and harm protestors because their bosses in Washington do not approve of the protestors’ message.

Public dissent against the government is a core personal freedom. It is as American as apple pie. It was integral to the creation of our republic. Government repression of dissent is totalitarian. It is as un-American as the governments against which we fought world wars to preserve our core freedoms.