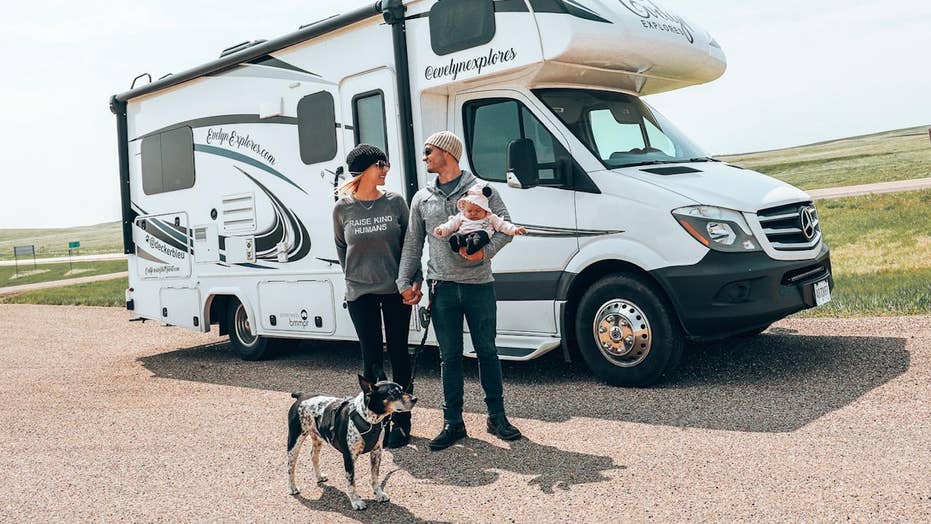 Baby to break record for crossing all 50 states in America

The Woods’ five-month-old baby, Evelyn, will be the youngest person to travel to all 50 states in America.

I’ll never forget what my wife, Devin, asked me years ago when we were dating, after she’d visited my childhood home for the first time: Where are all your family photos? It didn’t seem strange to me, our relatively unadorned walls. To her, it looked like I was raised under witness protection.

I see now that there are two kinds of parents in this world. Those who capture the things their kids do on film, and my parents. And while I’m glad my wife preserves many of our own family memories, I also understand those who take a more minimalist approach. I’m reminded of this — how less is sometimes more — when I think about what made my childhood special.

My two youngest boys have reached the ages my kid brother Jack and I were when we began to prank our sainted mother. Finn, 10, and Jack, 8, show more maturity than their father and uncle ever did. I’m frankly a bit surprised. If my sons were readers of my stuff they’d know the truth: I’d tolerate more of these antics from them.

I say this because the mother-son relationship is not complex, at least in my experience. She’s your mom and you love her forever, simple as that. This doesn’t mean there isn’t room for good, clean fun.

It’s not like our mother was always the victim. She once masterfully turned the tables on Jack, driving a rare wedge between her conspiring sons. It’s known in our family as the "tall tree" incident.

Jack and I had spent this particular morning in our backyard climbing trees. Two of them were large and foreboding, the kind most parents today wouldn’t let their kids go anywhere near. We, on the other hand, climbed them like spider monkeys jacked on double espressos.

I scaled down mine but rather than follow, Jack pitched me on an idea from his lofty perch. “Go tell mom I climbed too high and am too scared to come down.” Having no objection, I ran inside to relay my brother’s predicament to mom.

I found her in the kitchen listening to Judy Collins, a distant look in her eyes. “Mom,” I began, “Jack climbed a tree too high and is afraid to come down.” She saw right through me. What she did next is what wrestlers call an escape.

“Tell your brother,” she answered, her eyes now twinkling, “that I got scared and called the fire department.” My gaze met hers, and one thing was clear. It was time to switch sides. I waited a few beats, then ran outside to report the news.

“Jack, she freaked out and called the fire department.” My brother, who hadn’t bargained for this, had a sudden change in comportment.

“The fire department?” he asked wanly. “I don’t need a fireman to get me down!” Watching from the window, mom couldn’t hear our exchange. Had she been able she would have cackled with delight as Jack considered his options, both bleak.

He could stick with his story, go boneless and let the fireman carry him down like a treed cat. This would make him a legend in the neighborhood, and not in a good way. Or he could climb down and face the music.

Jack opted for the latter. When his feet hit grass, my brother was relieved to learn no fire truck was coming. He wasn’t even mad over my show of disloyalty.

We continued to prank our mom into our teens, but with more caution after seeing what a crafty counterpuncher she was. Our respect for her grew immensely.

Finn and Jack surely possess this deviltry in them, and Devin, raised as she was with four brothers, can equally surely return serve. It’s time the boys tried matching wits with their wily mom.

What does this have to do with family photos, or the lack thereof? Everything. I mean, how could you hope to capture the tall tree incident in a picture? Why would you even want to? I’m not poorer for having it only as an image in my mind rather than a picture at my fingertips. I’m richer for it.

The older I get, the more I say forget the family photographs, the planned portraits and scripted moments. It’s the memories of life’s unscripted moments I treasure most. I think someday my boys will as well.