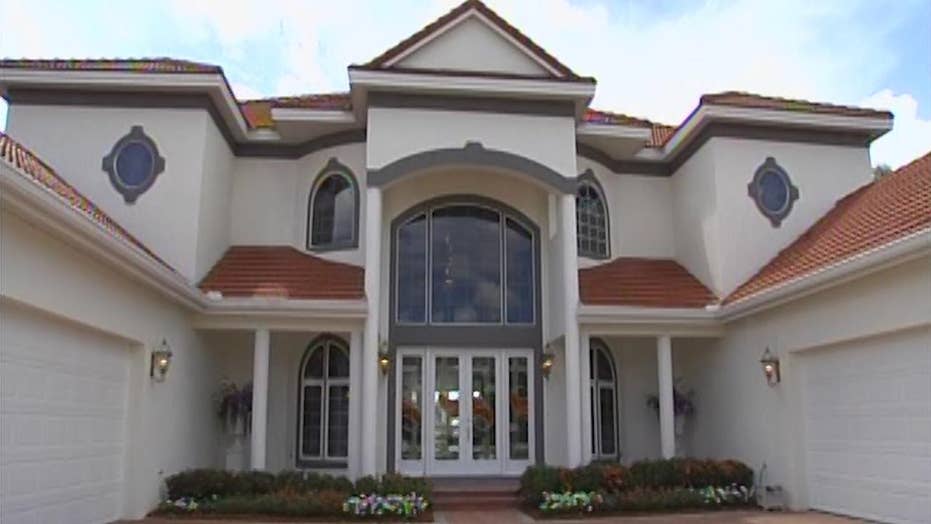 Wealthy buyers from high tax states are moving to the Sunshine State for bigger homes with lower taxes.

Does a larger house necessarily lead to a happier life?

A paper by Clément Bellet with the London School of Economics suggests the answer is no.

A THIRD OF AMERICAN MILLENNIALS LIVE WITH THEIR PARENTS, US CENSUS REPORT FINDS

"Despite a major upscaling of single-family houses since 1980,” Ballet wrote, "house satisfaction has remained steady in American suburbs."

Interestingly, if not unsurprisingly, homeowner happiness or unhappiness isn’t connected to livable square footage. Instead it’s often tied to how a person’s house stacks up to other houses in the neighborhood. In other words, it’s not sufficient to have a large home — but rather a home that’s larger than everybody else’s in the area.

Those who ridicule large families remind me of people who know the cost of everything but the value of nothing.

This quest to architecturally stand out has even spawned the term "McMansion" — a pejorative classification used to describe ostentatious houses that are seemingly overbuilt for their neighborhood.

Though McMansions may be a modern-day product of prideful comparison, the penchant to measure ourselves against others is anything but new.

During World War II, the English writer and theologian C.S. Lewis gave a series of Christian apologetic radio talks on the BBC, messages that were later turned into one of his defining literary works, "Mere Christianity."

"Pride," said Lewis, "gets no pleasure out of having something, only out of having more of it than the next man … It is the comparison that makes you proud: the pleasure of being above the rest."

Lewis wasn’t talking about modern-day house envy, but he might as well have been.

So if larger homes only make us temporarily happy for as long as our residence is larger or more impressive than our neighbors, what’s the secret to lasting domestic satisfaction and joy?

Clearly, it’s not the house, however beautiful or expansive the home might be.

It’s the people inside of it — and the larger the family, the greater the joy.

It strikes me as ironic (and telling) that at the same time the physical footprint of American homes grows larger, the size of the nation’s families grow smaller.

For perspective, the average woman in the U.S. gave birth to seven children in 1800, compared to approximately two today. Analysts are concerned women aren’t having enough children to replace the current population.

I know lots of people report being perfectly content to either live alone or childless with a spouse. Still others desperately long for a wife or husband — and many would like nothing more than to have children. Why God seems to answer the prayers of some and not others is a question of the ages. My heart hurts for those whose dreams of family remain unfulfilled.

There is nothing wrong with small families, of course, but I regularly hear from people whose one or two children are grown and gone that they wish they had more. "Our lives were never more full of purpose," a friend told me, “then when we were raising our children."

And I don’t think I’ve ever met someone from a large family who regrets their numerous siblings or resents the fact they were one of many children. There is a sweetness and camaraderie to a house full of family — even when domestic tranquility may sometimes seem in short supply.

With four older siblings spanning the spectrum of 16 years, our Central Avenue home was always a beehive of activity. Many of the memories have now faded into the photographs of family albums or lost to the years, but some still stand out, especially that brief period when all seven of us packed into our cozy 1,600-square-foot two-story house.

I remember my dad banging on the ceiling in the kitchen with a broom, hollering for my oldest brother to "save some hot water for the rest of us." With only one-and-a-half bathrooms, we learned patience hopping outside in the hallway — and the importance of expediency once inside.

Mealtime was organized chaos, a table full of food passed round and round. We’d argue over biggest and smallest pieces and fight over who got seconds or thirds. In those early years, in order to reach the table, I ate sitting on a stack of phonebooks on a bench.

But there are also wonderful social benefits to being part of a large family. I never thought I was the center of attention but always felt that I was part of a team. I learned the art of conversation, the ability to toss the ball back and forth. Everybody had the right to speak — but not all at the same time.

I know environmentalists recoil at this thought, but I think a lot of the nation’s ills would be lessened -- if not eliminated altogether -- if families were larger. Tables would be more crowded but hearts would be fuller. Sure, some burdens would increase — but so would the blessings. I think we’d be more compassionate, empathetic, harder working, more prosperous — and happier.

Sadly, large families today are often mocked and lampooned. Some of it may be light-hearted and intend no harm, but I also wonder if some of it is born out of subconscious jealousy. A large family is a force with which to be reckoned — it’s a team that helps one another pursue their hopes and dreams. I wouldn’t trade mine for anything.

Those who ridicule large families remind me of people who know the cost of everything but the value of nothing.

My wife and I have three boys and we’d love to have more — maybe even a few girls to help civilize our sons. As an adoptive family, the process of growing your clan is a bit different and unpredictable than traditional means, though uncertainty is a part of every life. But I sometimes wonder why God often gives fertility to people who want small families and infertility to those who want larger ones.

Regardless of how families form, "Children are a heritage from the Lord," wrote the Psalmist, and "offspring a reward from Him." If you’re thinking about enlarging your family, I say go for it. As my mom used to say, "There’s always room for one more."