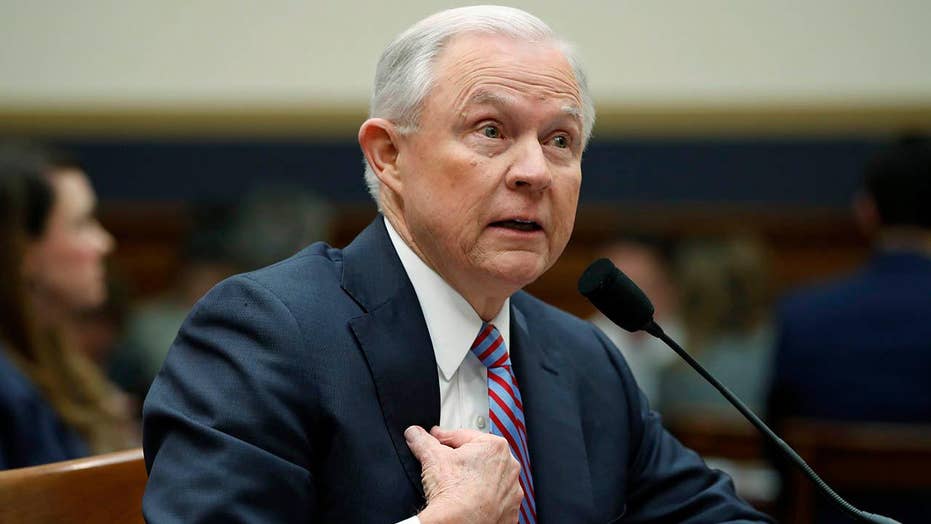 Why Sessions pumped the brakes on another special counsel

Attorney General Sessions testifies that it 'looks like' there is not enough basis to appoint another special counsel to investigate the presidential election; reaction from Politico's Jake Sherman.

Jeff Sessions is a man in search of a banana peel. When he can’t find one to step on, he supplies his own.

Sessions is not a bad man, but he is a bad attorney general, as he demonstrated again Tuesday.

By writing to Republicans in Congress just hours before he was scheduled to testify that he was open to appointing a special prosecutor to examine former FBI Director James Comey’s handling of Hillary Clinton’s email case and the notorious Uranium One deal, Sessions primed the pump for a really big show.

Democrats arrived furious and Republicans gleefully expected an aha moment. Both came away unsatisfied and unhappy.

Unfortunately for Sessions, the old conceit in journalism — that if both sides are angry at your story, you’ve done something right — doesn’t apply to being attorney general. When nobody’s happy, including your boss, you’re failing.