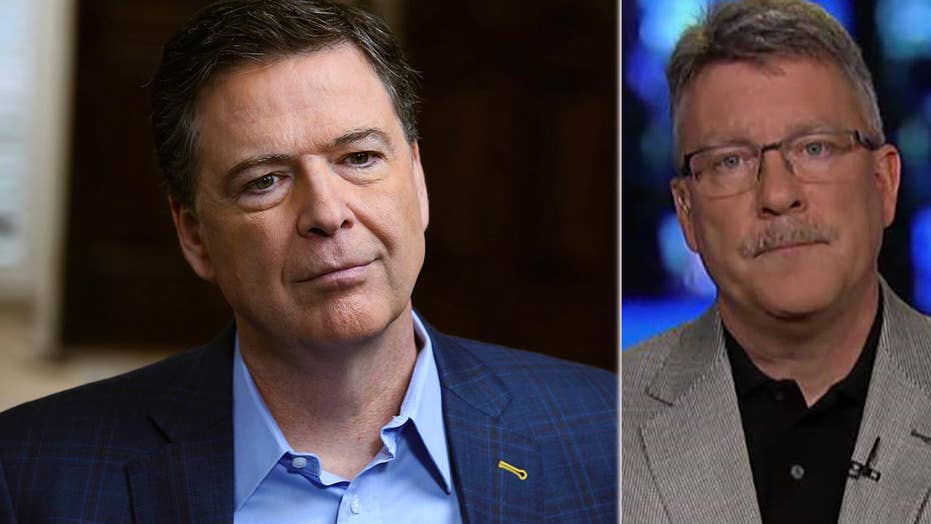 Former FBI assistant director Ron Hosko says he is concerned about how Comey's book will impact the public's impression of the FBI.

My apologies to J. Edgar Hoover. Trying to illustrate the arrogance and treachery of James Comey, I dubbed him J. Edgar Comey and accused him of learning the art of dirty tricks from the FBI’s legendary director.

I was wrong. Hoover, for all his huge flaws, took most of the dirt he collected to the grave. Comey is emptying his closet just to make a buck.

Even worse, we now know that Comey led an FBI that was corrupted to the core by politics and self-dealing.

Comey’s memoir is a going-out-of- business sale where all the remaining merchandise is tawdry. Most striking is that he offers no proof for his cascade of claims against both President Trump and former Attorney General Loretta Lynch.

Instead, he relies on subjective assertions and opinions rather than facts or evidence. His feelings about the base motives of other people, contrasted with his own high-mindedness, are the driving force of his book, as detailed by reviews and news reports.