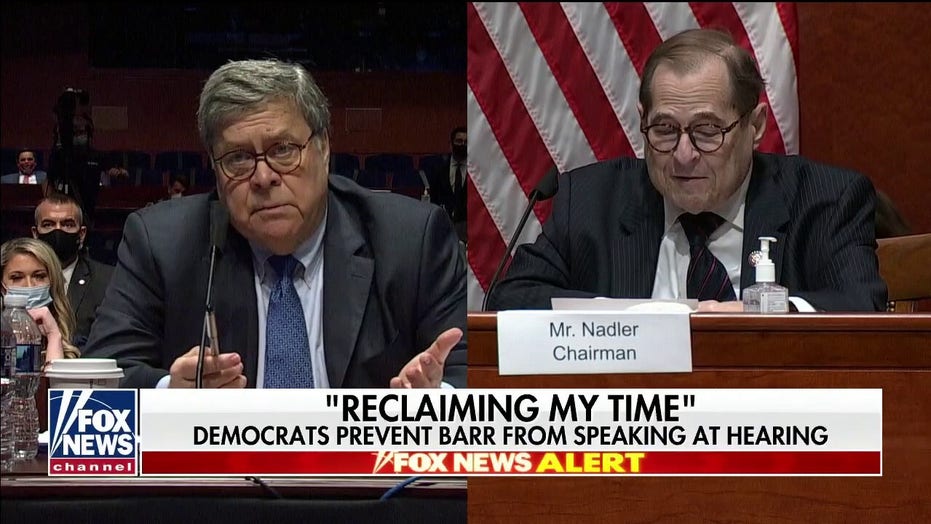 He came, he saw, he ate their lunch. Bill Barr, denied a meal break, feasted instead on a gaggle of Democratic amateurs.

Another congressional hearing, another Dem disaster. They planned a public hanging of the attorney general and spent weeks constructing their scaffold. He is corrupt, a liar, a toady, they and their media handmaidens assured us, and the House Judiciary Committee will reveal all.

Two obstacles quickly became apparent. The first is that the Dems were led by Rep. Jerry Nadler, whose rabidness is exceeded only by his haplessness.

'THE FIVE' RESPONDS TO HEARING

The start was delayed because Nadler was in a minor car accident. That was obviously an omen, but Nadler doesn’t take hints, so he plowed forward into a head-on crash with a heavyweight opponent superior in ­every way. 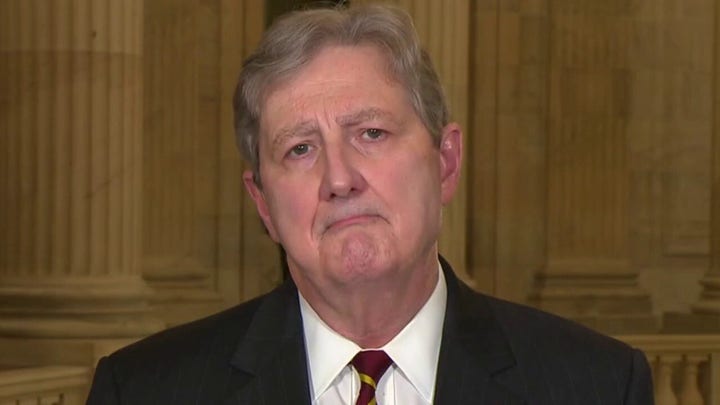 Nadler specializes in duds, demanding that former special counsel Robert Mueller testify a year ago, only to see the Russia, Russia, Russia hysteria collapse on national TV. Then Nadler, bearing a lifetime grudge against President Trump, did such a terrible job in the first impeachment hearings on Ukraine that Speaker Nancy Pelosi demoted him and turned the task over to Rep. Adam Schiff.

Yet Nadler is a slow learner and there he was Tuesday, opening the ballyhooed attack on the AG with a statement that was a farrago of lies, fake news and slanderous attacks on law enforcement, Barr and Trump. It was so over-the-top, so fact-free and unsupportable, that it had zero chance of setting the stage for a meaningful interrogation.

Then again, honest interrogation was not the intent. Pelosi’s House only does character ­assassination.

Recently caught on camera calling Antifa violence in Portland a “myth,” Nadler repeated the gist of that. He said Barr had “endangered Americans and violated their constitutional rights by flooding federal law enforcement into the streets of American cities . . . to forcefully and unconstitutionally suppress dissent.”

After the GOP’s Jim Jordan countered with an attack on the FBI’s spying on Trump’s campaign and played a video of pundits calling the violence in Portland and elsewhere “peaceful protests,” the air had left the room before Barr said a word.

When he got his chance, he didn’t just defend his tenure — he went on offense to demand an end to the “demonizing of police” and the dangerous defunding movement.

The war against law enforcement, he said, is making police “more risk-averse,” and that is part of the reason crime is soaring across America — leading to the deaths of the very people the Black Lives Matter movement says it wants to help.

“The leading cause of death for young black males is homicide,” he said, adding that about 7,500 are murdered each year, 90 percent by other black Americans.

“Each of those lives matter,” the attorney general declared.

Thankfully, somebody is not afraid the truth will get him canceled.

The growing political violence, 99 percent of it from the far left, is a direct consequence, yet most Democrats don’t dare denounce the insurrection

It was the first of many times Barr turned the tables on his would-be tormentors. He often appeared bored, but when he was allowed to speak, his words cut through the room like a knife. He called the attacks in Portland and elsewhere “an assault on the government of the United States.”

Later, he chided Nadler & Co. for their silence in the face of clear criminal activity.

“This is the first time in my memory that the leaders of one of our two great political parties, the Democratic Party, are not coming out and condemning mob violence,” he said. “Can’t we just say the violence against the federal courts has to stop? Could we hear something like that?”

The room was silent. The attorney general challenged their loyalty, and not a single Democrat objected. For them, it was just another day at the office.

Nearly every time I watch Barr in extended interviews or read one of his substantive speeches, I find myself saying, “If only.”

If only Barr had been Trump’s first attorney general, the last four years would have been dramatically different. Bob Mueller could have stayed in retirement because there was never real evidence of Russian collusion, not even enough, we now know, to start an FBI investigation.

It was all ginned up to thwart Trump during the campaign, and then upend his presidency. Yet because Trump picked Jeff Sessions to be AG, and because Sessions, in a supreme act of selfishness, took the job knowing he would recuse himself from overseeing the FBI probe, the nation got put through the wringer.

Dems were able to cow Deputy AG Rod Rosenstein into appointing Mueller and succeeded in putting the White House ­under a cloud of suspicion for nearly three years. All those leaks and screaming headlines — they were all just a bunch of nothingburgers. Some were Pulitzer Prize-winning nothing­burgers.

The entire episode, starring Jim Comey, James Clapper, John Brennan, Hillary Clinton and other unindicted co-conspirators of the Obama-Biden administration, was the dirtiest dirty trick in American political history. And although there was no collusion, Dems and much of the media have never let go of the red-baiting insinuation that Trump is a Russian agent and an illegitimate president.

The growing political violence, 99 percent of it from the far left, is a direct consequence, yet most Democrats don’t dare denounce the insurrection. They save their condemnation for the federal officers who are under attack.

At one point Tuesday, Barr said flatly, “We have to take a stand.” He was talking to Congress, but he meant all of us.