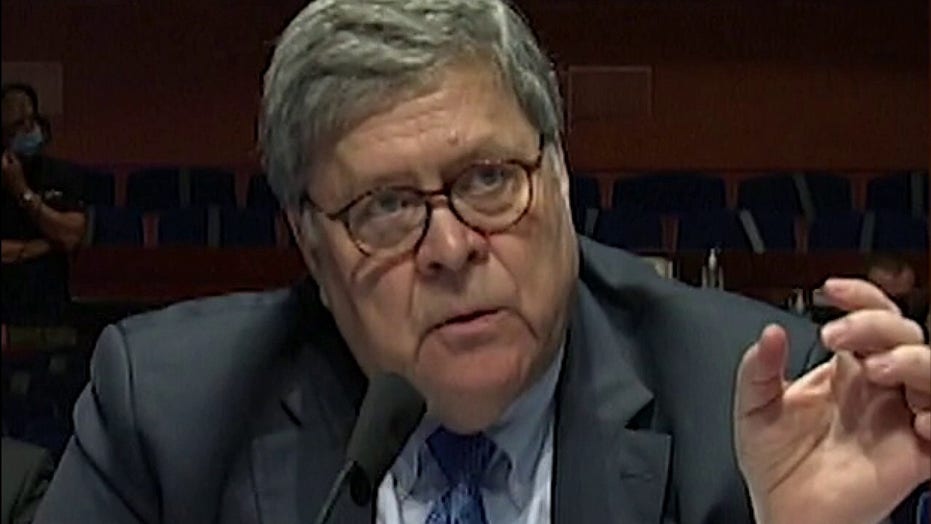 "The Five" co-host Jesse Watters said Tuesday that Attorney General William Barr's appearance before the House Judiciary Committee "was not a hearing," but rather "a cancellation."

"They just wanted to cancel Bill Barr," Watters said of the committee's Democratic majority. "They were not interested in hearing or listening to anything he had to say because they know he's armed with facts. He's calm, cool and collected and they're just angry. They're furious. They look unserious, and they look unprofessional."

The "Watters' World" host noted that some Democrats on the committee were screaming at Barr during their five-minute question periods, which Watters chalked up to "bad energy" from the attorney general "turning the tables on their Russia hoax." 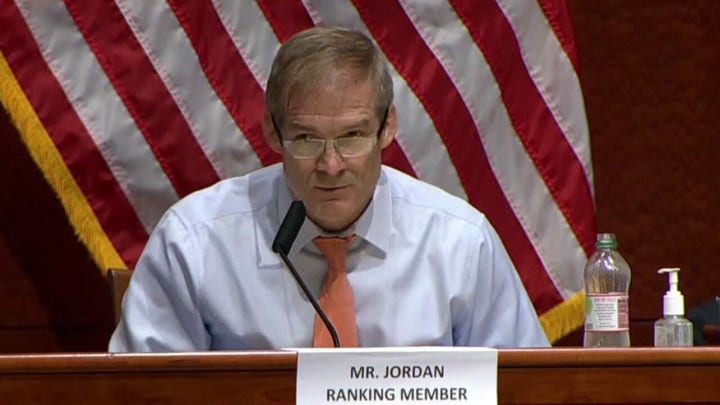 "[Barr is] upholding the rule of law," Watters stated flatly. "Really, that's the problem with the Democrats. They do not want the rule of law upheld. If it was up to them, and you can see by their actions, they would be OK with Antifa burning down courthouses, they're ok with violent protesters attacking police, they won't condemn it."

In his opening remarks at the hearing, Barr insisted that he acts independently of President Trump and stated that his goal is to ensure Americans receive equal treatment under the law.  He emphatically stated that Trump "has not attempted to interfere" in decisions regarding the handling of criminal matters, such as the cases of former National Security Adviser Michael Flynn or Roger Stone.

During the hearing, Barr appeared to clash with several Democratic committee members. At one point, he sarcastically described Chairman Jerrold Nadler, D-N.Y.,  as "a real class act" after Nadler initially denied Barr a five-minute break.